Looking WSW from a farm several miles WNW of Culbertson, NE of the rotating 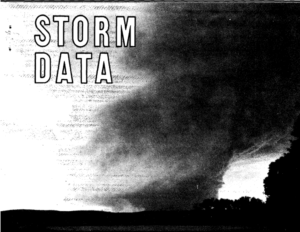 Looking WSW from a farm several miles WNW of Culbertson, NE of the rotating tornadic thunderstorm that produced the Stratton-McCook F4 tornado. The house on the farm were this picture was taken was later destroyed by the tornado. Photo from Calvin Brown via the June 1990 Storm Data Publication.

7 out of the 11 tornadoes that occurred on June 15, 1990 were in the state of Nebraska. The strongest was an F4 that grew at times to be 1.5 miles wide. It began just NW of Stratton. It was a multi-vortex tornado at this time that merged near Macklin Bay on Swanson Lake.