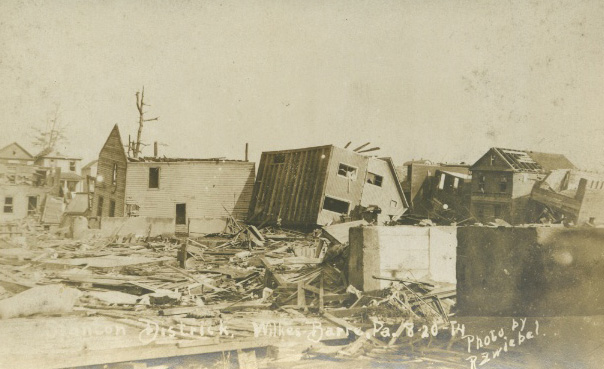 Homes destroyed in the Empire neighborhood.

On August 20, 1914, an F3 tornado ripped through the eastern edge of Wilke-Barre. 7 people were killed and over 70 were injured as 25 homes were leveled and over 100 others were damaged. Four of the fatalities occurred in a silk mill that was demolished.