Late February 13 into early February 14, 2000, three devastating tornadoes struck portions of Southwest Georgia. Two were rated F3, and one was rated F2. There was a total of 19 fatalities, many in mobile homes.  Approximately 200 injuries were reported.

Tornado #1: Mitchell County including just south of the town of Camilla, GA

A strong tornado tore through two major subdivisions and four mobile home parks just south of Camilla after touching down just east of Branchville.  Damage assessments from the American Red Cross and Federal Emergency Management Agency reported 200 homes were destroyed and 250 homes were damaged.  Two miles south of Camilla on GA Highway 112, a large trailer manufacturing plant was destroyed.  Eleven fatalities were confirmed by the Georgia Emergency Management Agency, all of which resided in mobile homes.

Radar and Damage Photos from the NWS Tallahassee

A strong tornado moved from the northeast corner of Grady County into extreme northwest Thomas County near Meigs.  A few homes were damaged with numerous downed trees and power lines.  Reported by the Thomas County EMA.

Numerous homes were damaged as well as downed trees and power lines.  One man died from injuries sustained when the tornado destroyed his mobile home and neighboring wood-frame home two miles north of Meigs.  Reported by the Mitchell County EMA.

The official coordinates seem off.  They do not reach Mitchell County.  There was damage reported 2 miles north of Meigs in that county.

Radar and Damage Photos from the NWS Tallahassee

The same supercell that produced a tornado in Grady, Thomas, and Mitchell Counties produced another one at 1:30 am EST (Feb 14) in Colquitt County.  This tornado was given a rating of F2.  It was on the ground for 6 miles and had a max width of 200 yards.  There was one fatality reported.

A strong tornado tore through extreme northeast Colquitt County near Crosland, toppling trees and power lines before moving into extreme southwest Tift County.  Several mobile homes were damaged.  One woman was killed in a mobile home just northeast of Crosland when a large tree and another mobile home were blown against her home.  Colquitt County was declared a federal disaster area.  Reported by an amateur radio operator and the Colquitt County EMA.

A strong tornado crossed U.S. Highway 319 from extreme northeast Colquitt County into extreme southwest Tift County, just south of Omega.  Twelve mobile homes and eight pre-fabricated homes were destroyed.  Numerous frame homes were damaged, including some moved off their block foundations.  Ten persons were injured.  Numerous trees and power lines were down.  Just northeast of Omega, a school bus was blown into a nearby home.  Tift County was declared a federal disaster area.  Reported by the Tift County EMA.

Radar from the NWS Tallahassee 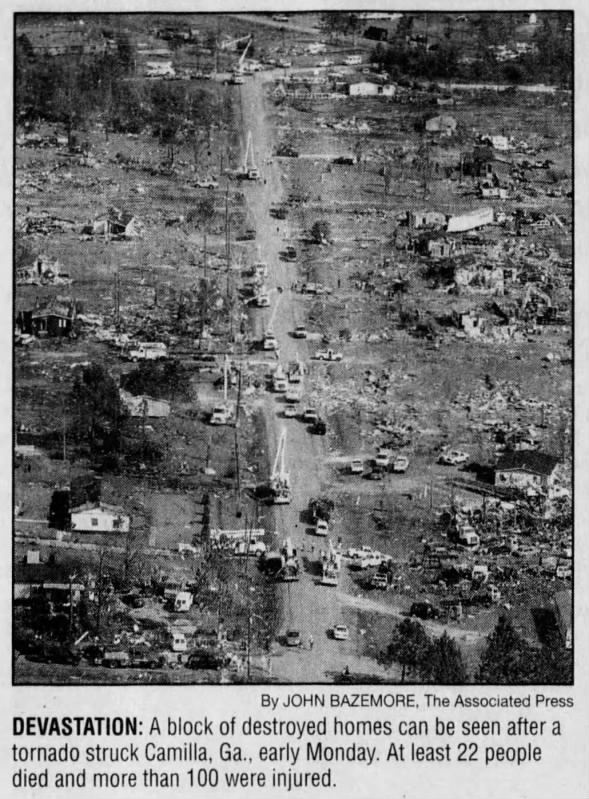 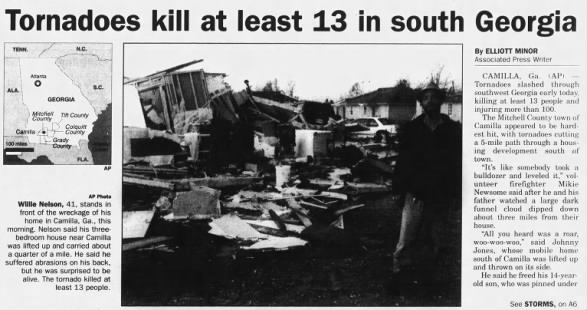 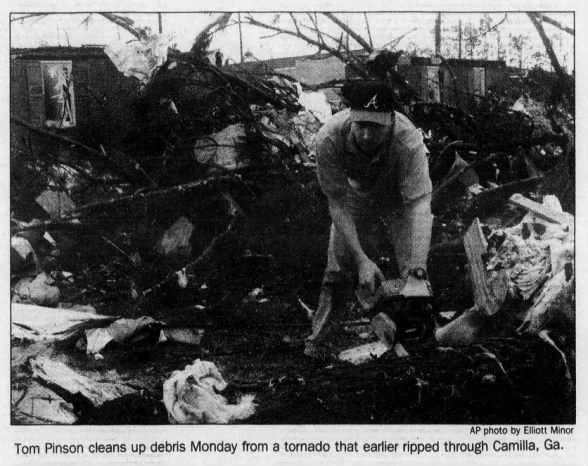 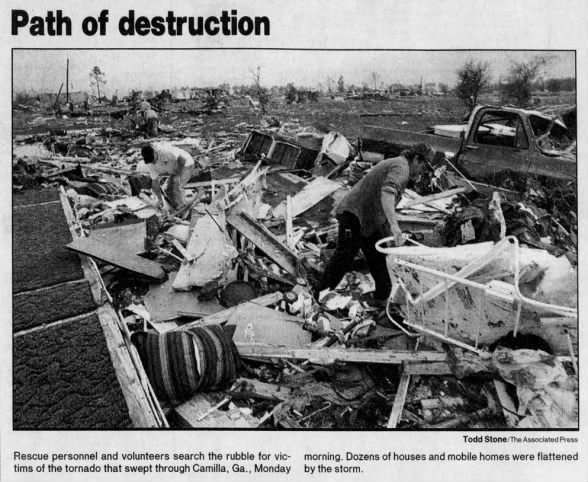 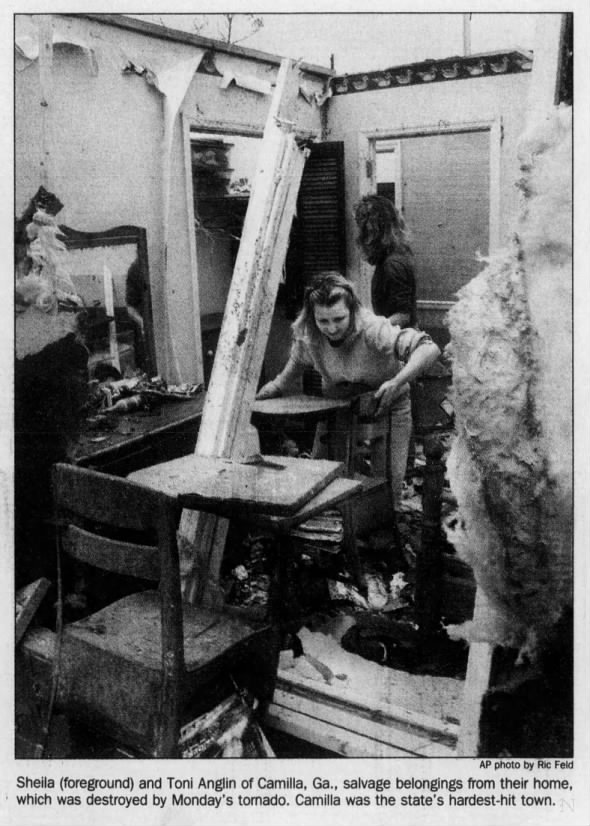