A quick-hitting F2 tornado moved through parts of southern Miami-Dade County on December 20, 1973. It was one of two tornadoes to strike the area. The other hit near Kendall and was later rated F1.

The tornado developed in the eastern part of Florida City, moved northword through Homestead and ended two miles north of town.  The greatest damage appeared to be in the Florida City area. The Gateway Trailer Estates was hit and numerous mobile homes were destroyed. Some were blown into a nearby lake. The Storm Data entry mentioned that the tornado was aloft at times through Homestead and that there damage there could have been much worse. Damage was estimated near $800,000. A total of 10 homes were destroyed and 40 others sustained major damage. Over 80 mobile homes were demolished or had extensive damage. Nine people were hospitalized. 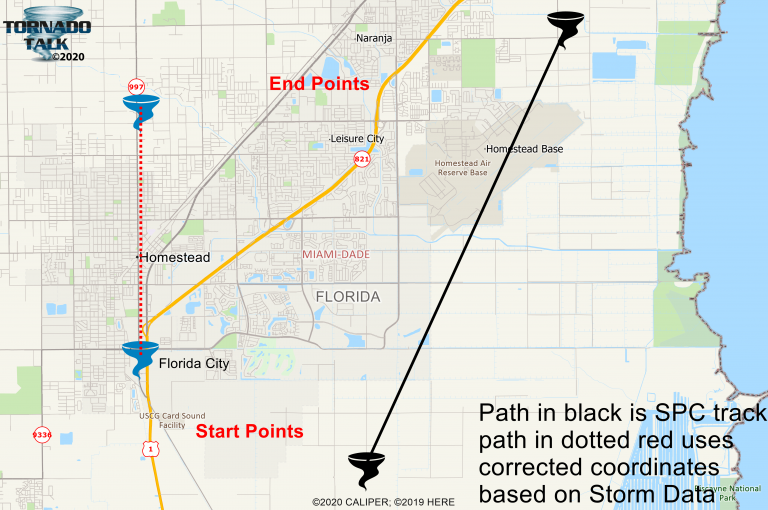 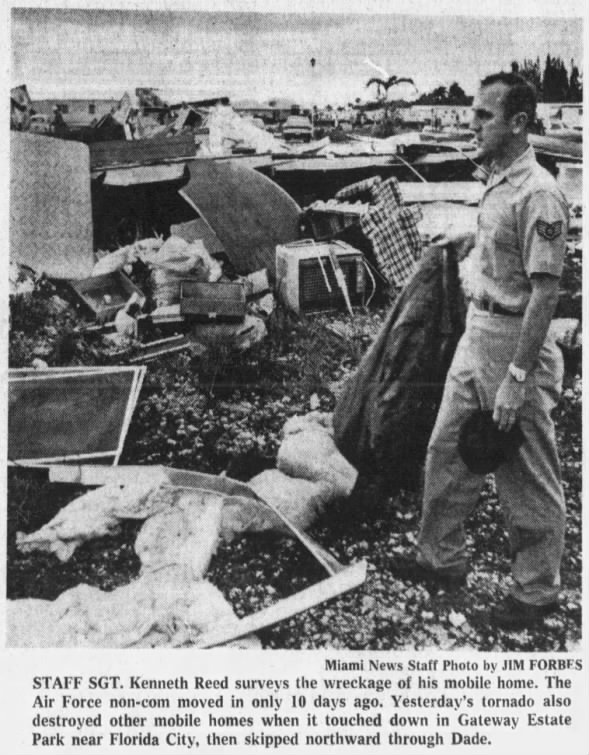 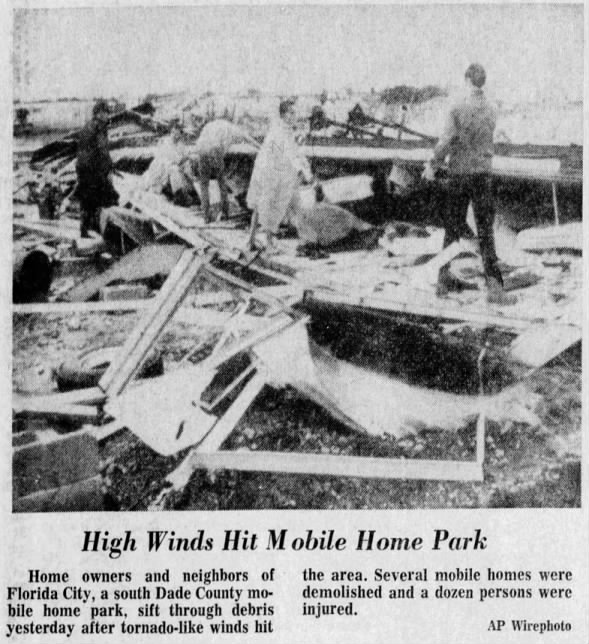 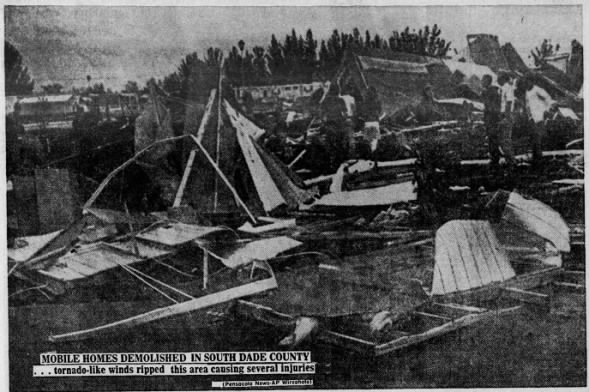 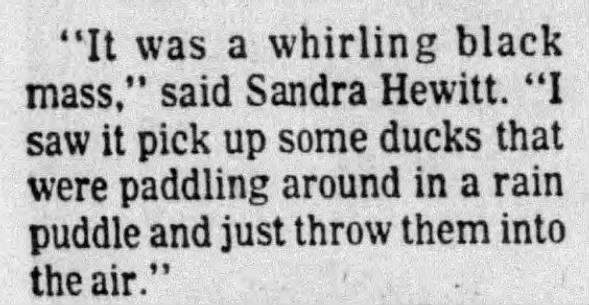 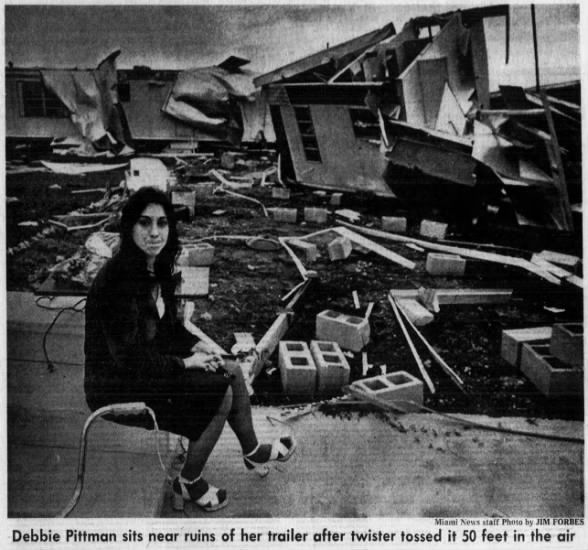 We gathered information for this event from the SPC & NCDC Databases, the December 1973 Storm Data Publication and Thomas Grazulis in Significant Tornadoes and found the following differences: