“My dad was just sucked out and ended up underneath a grain truck. He held on.” – Lorrece Usselman Werner talking about her father Pius, who took shelter in a creamery during the Fort Rice tornado.  She was quoted in an article in the Bismarck Tribune.

This massive tornado traveled 15-20 miles (there are discrepancies in the record) through parts of Morton and Emmons counties.  Most of Fort Rice was destroyed.  Per newspaper articles, the population of this village was approximately 50.  Thomas Grazulis noted, “A large church was leveled at Fort Rice.  Its pews jammed four feet into the ground.”  He also documented that parts of a car were carried a half mile.

First struck southwest of Fort Rice and moved north-eastward destroying almost the entire town of Fort Rice.  It cut a swath perhaps 600 yards wide through trees as it crossed Missouri River into northwestern Emmons County.  Only intermittent damage occurred east of River.  Red Cross reported 16 homes destroyed and 14 damaged.  43 other buildings destroyed and 9 damaged.  Cars and machinery damaged.  Little or no crop damage reported.  This tornado associated with same storm that produced tornado at McLaughlin, SD.  It is not believed to be same tornado, however. 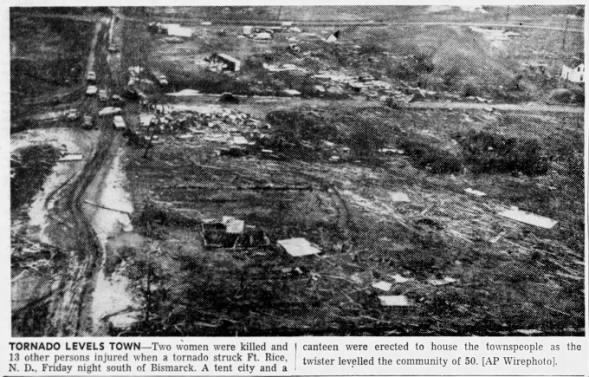 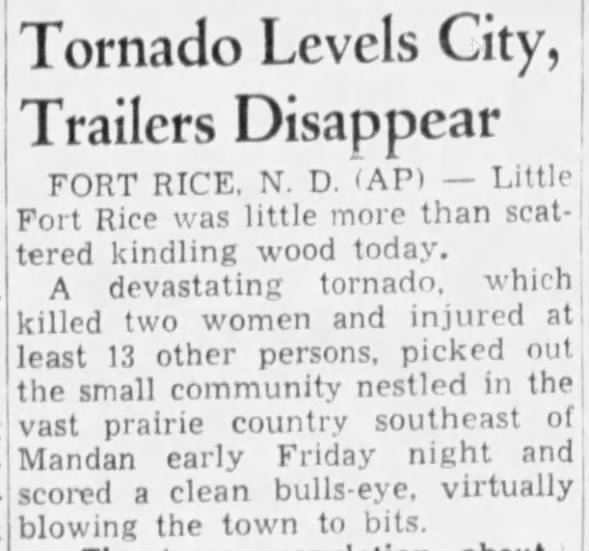 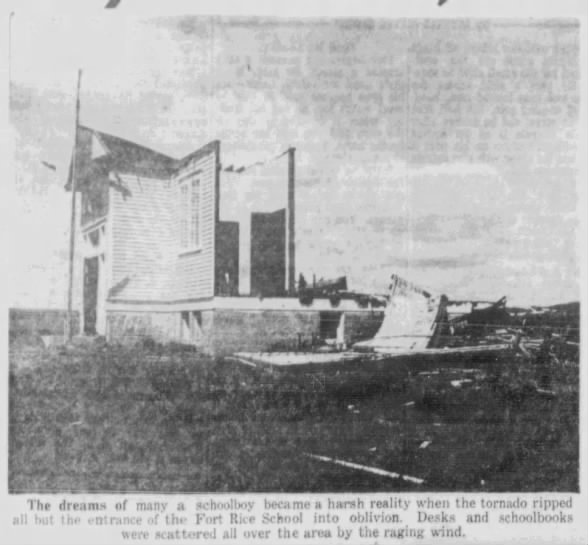 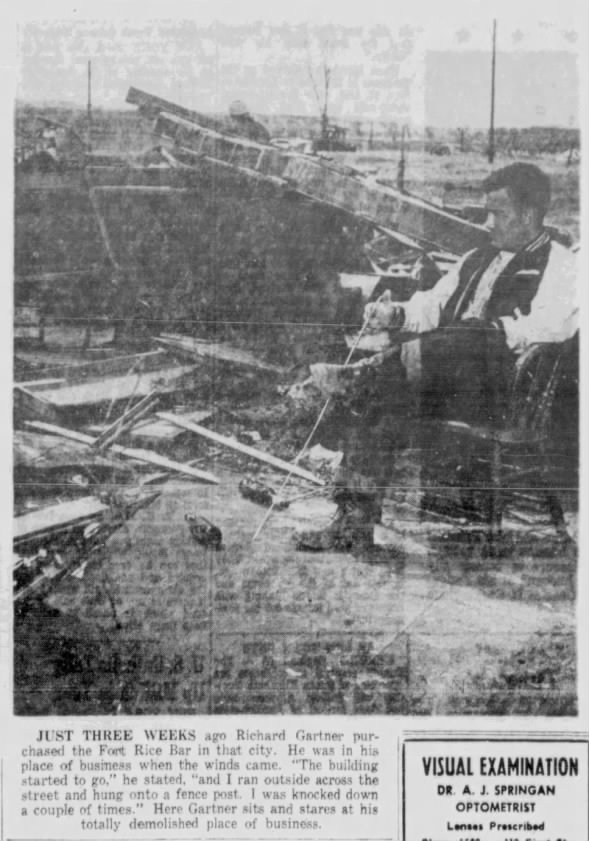 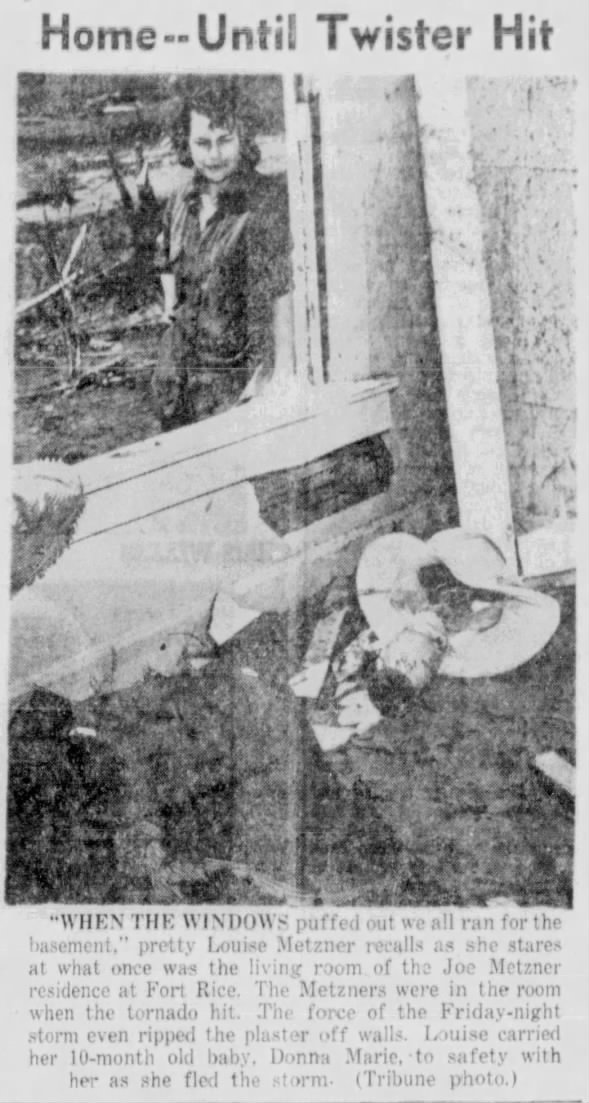 We gathered information for this event from the SPC & NCDC Databases, the May 1953 Climatological Data National Summary (CDNS) and Thomas Grazulis in Significant Tornadoes and found the following differences:

Note:  I usually get the CDNS from the NCDC website.  The May 1953 publication is there but the page for May 29 severe events is missing.  I found a CDNS version on Google Books.