There has been two F4/EF4 tornadoes on Christmas Eve since records began in 1950. We look at one of those in this summary. This tornado began at 6:04am CT in the northwest part of Franklin, TN.  It formed just west of Franklin High School in the Rebel Meadows area along Hillsboro Road, then tracked northeast striking homes (where a fatality occurred) and the LDS Church along Ernest Rice Lane. The tornado then damaged a private airpark on the west side of Franklin Road. The worst damage was along General George Patton Drive from the Brentwood Pointe condos northward to Moores Lane, where several businesses were heavily damaged and destroyed.

The tornado had an intermittent six mile path and traveled to the northeast at approximately 45 mph.  It dissipated in the eastern part of Brentwood.  Approximately 54 homes, 13 apartment units, 31 businesses and six parked airplanes were damaged/destroyed.

67-year-old Ernest Rice was killed when the tornado hit his home and the roof of the house landed on him as he slept. His wife who was next to him had minor injuries. 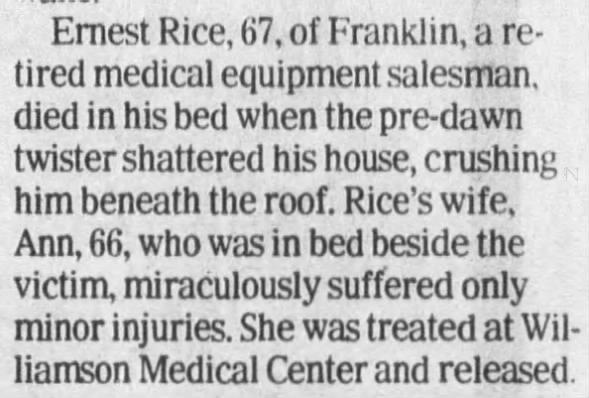 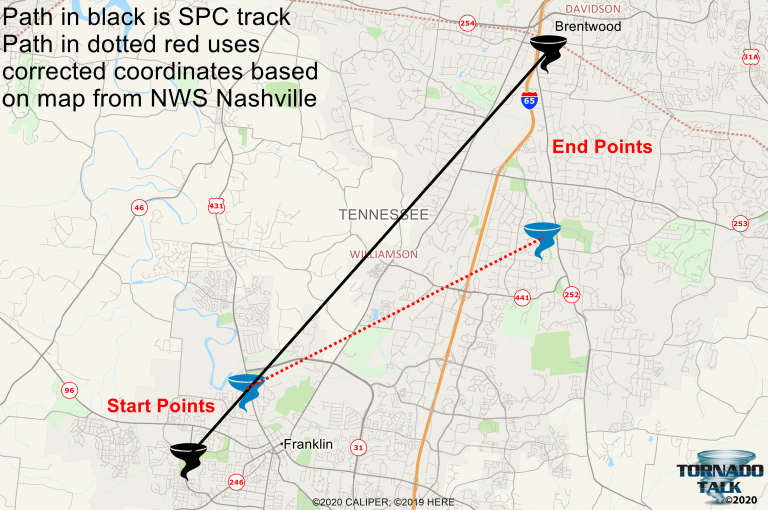 Corrected Coordinates based on a map from NWS Nashville (see below): 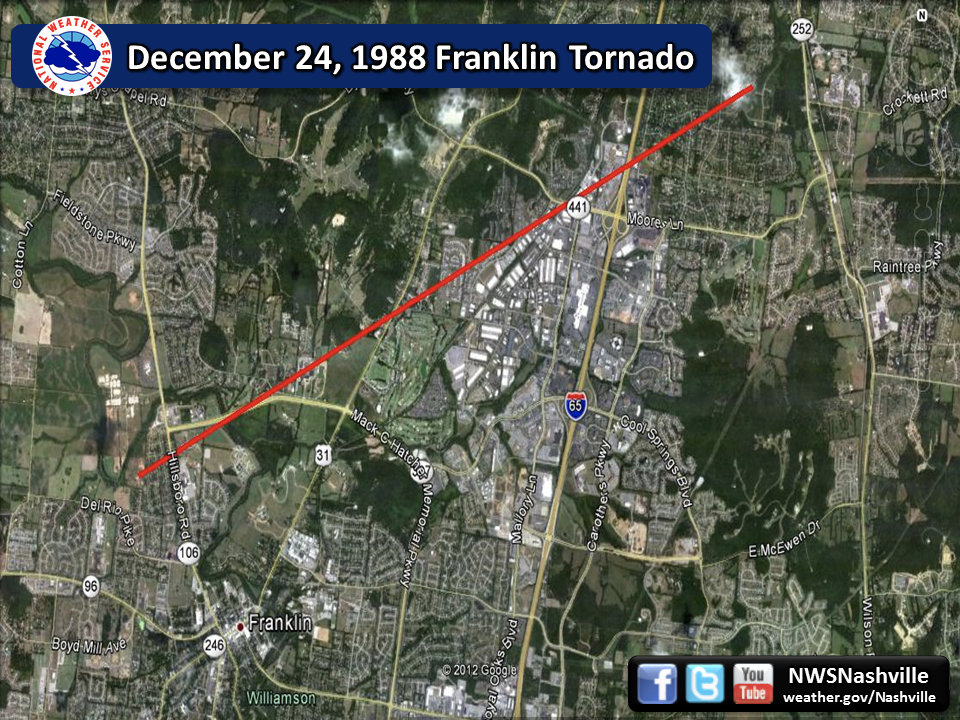 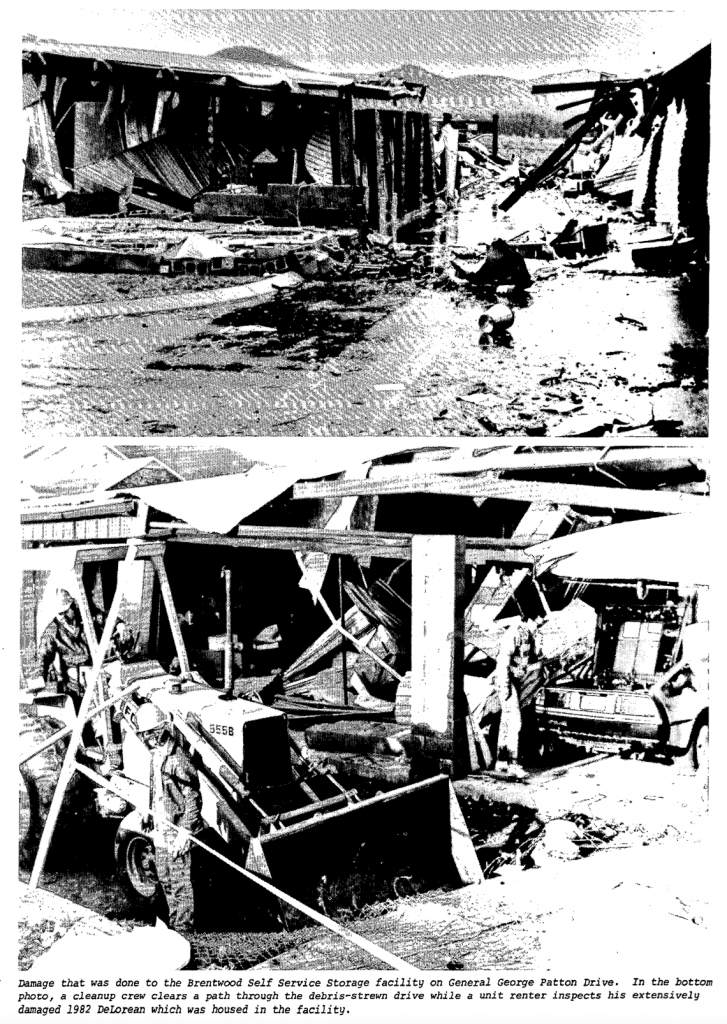 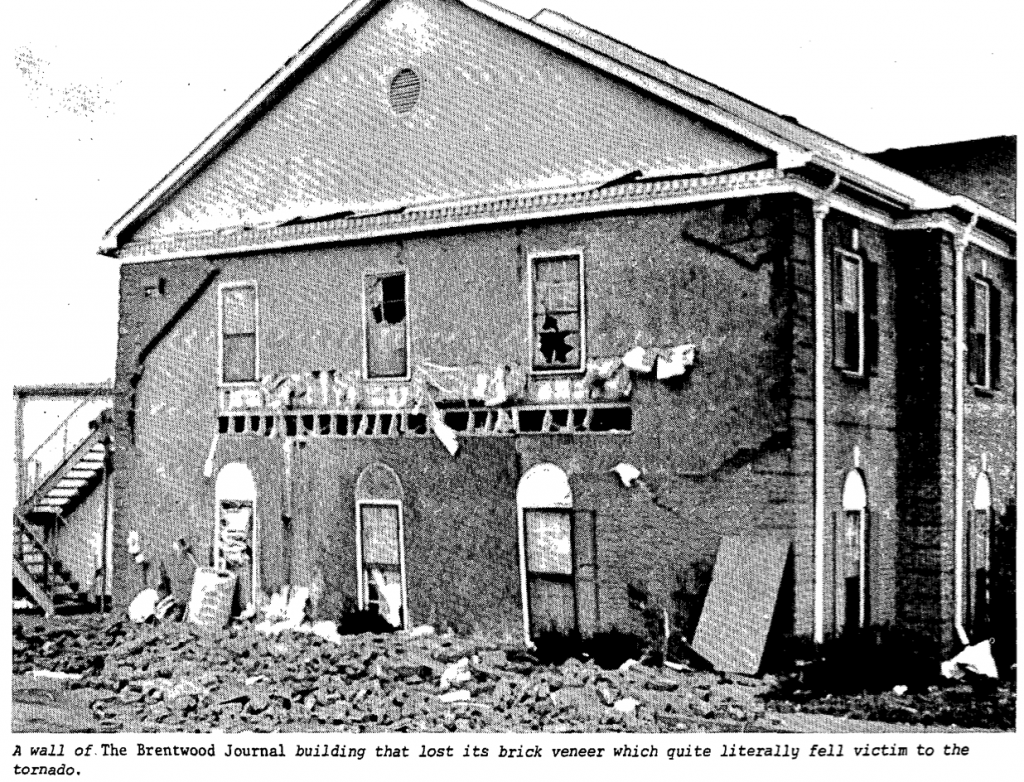 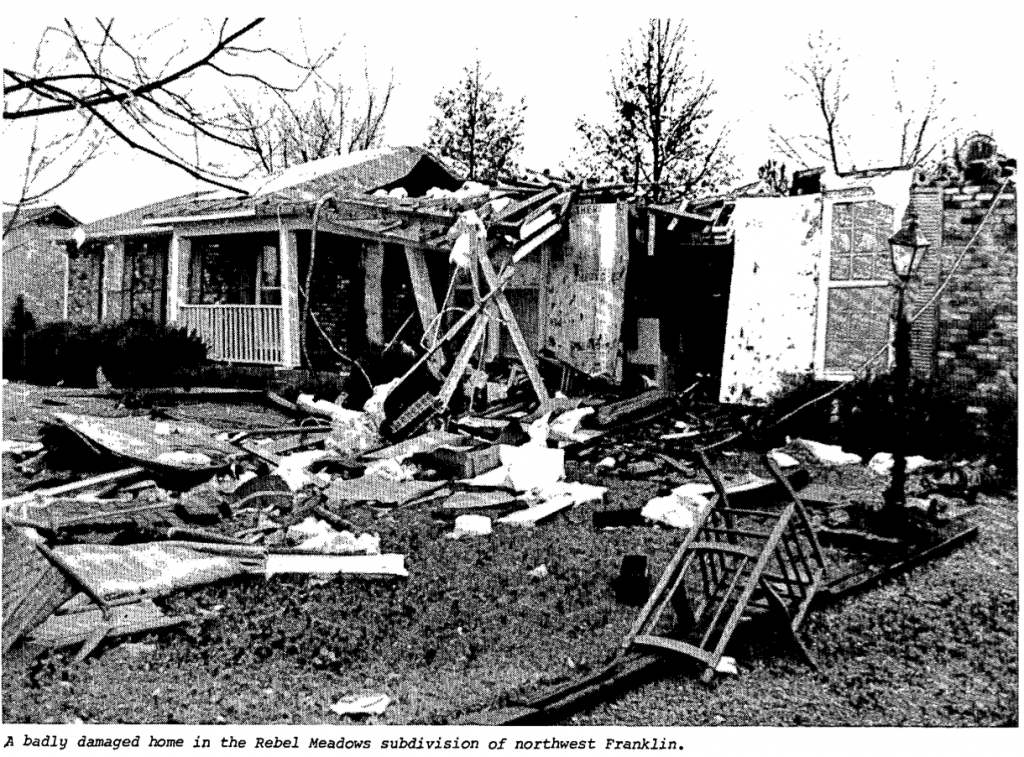 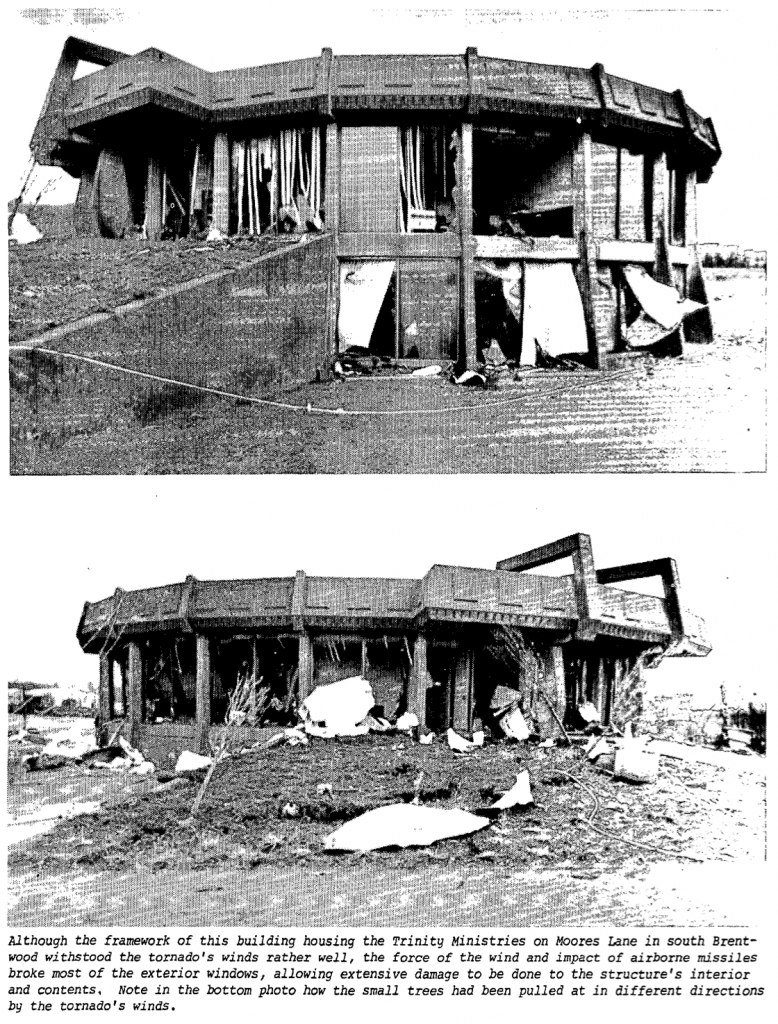 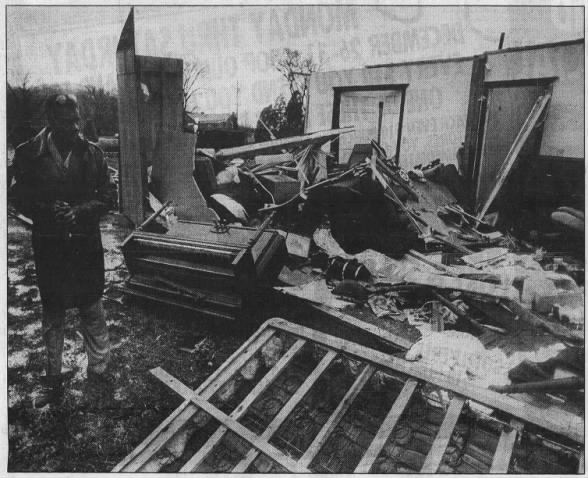 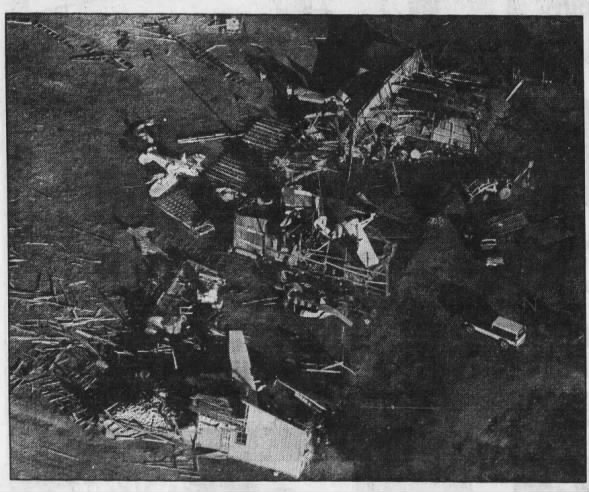 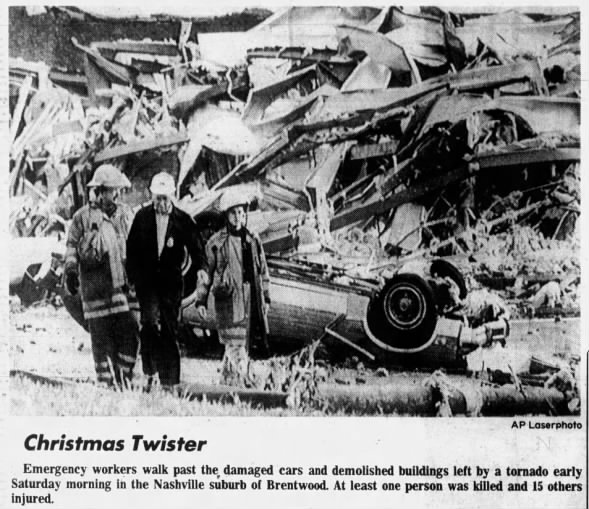 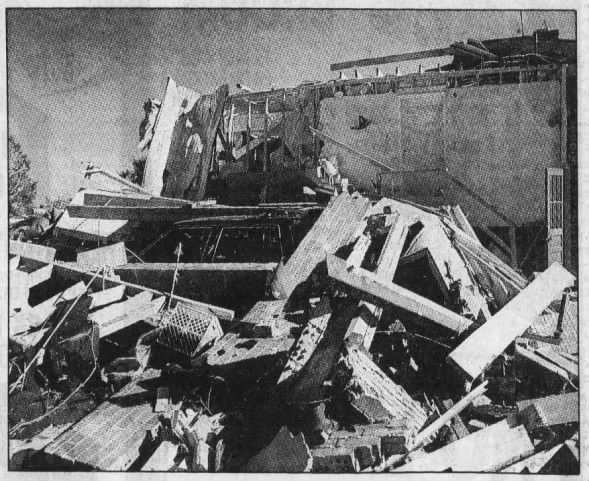 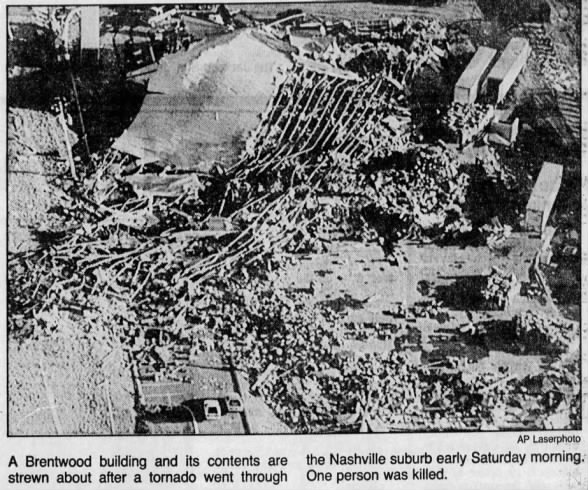