In this summary, we look at an F3 that hit Franklin, IN on October 11, 1954. Per the Climatological Data National Summary (CDNS), this tornado had a skipping path of about five miles.  It hit first WSW of Franklin and destroyed a church.  Two homes were damaged as well.  The tornado then lifted and hit the western edge of town.  An auction barn was leveled and there were several injuries.  A total of 10 injuries is listed in the CDNS report. This differs from the SPC Database.  No injuries are listed with this event. The tornado “jumped” again across Highway 31.  It was in this area that a home and barn were destroyed and there were two deaths.  30 other homes were heavily damaged.  Per the CDNS entry, “Photographs made from air clearly show path of twister through corn fields.  Much of path through open fields kept damage relatively low.”

I searched several newspapers to gather the details on the fatalities and it is such a tragic story.  Mrs. Colleen Williams, 24 years old, was hit in the head by a falling tree limb.  She died at the hospital just a few hours after she received the injury.

Mrs. Williams was expecting a baby.  Minutes after her death, doctors delivered her baby girl.  She was born 2 weeks prematurely and weighed 5 1/2 pounds.  Here is a clip from The Indianapolis News:

The Franklin Evening Star on October 13, 1954 documented a few stories that had emerged from this event.  One involved a local insurance agent, Clair E. Bogard.  “Clair was in his parked car in front of the post office when a big tree toppled on the auto, crushing the right side.  Clair miraculously escaped injury.”

Larry Moran, a member of the fire department, thought his three dogs had been killed.  “But one-by-one they turned up.”  One was dragged by the twister 100 feet while chained to a dog house but survived.  Another nearly drowned in a hen house but made it out alive.  The third dog came wandering up to the back door hours after the tornado. 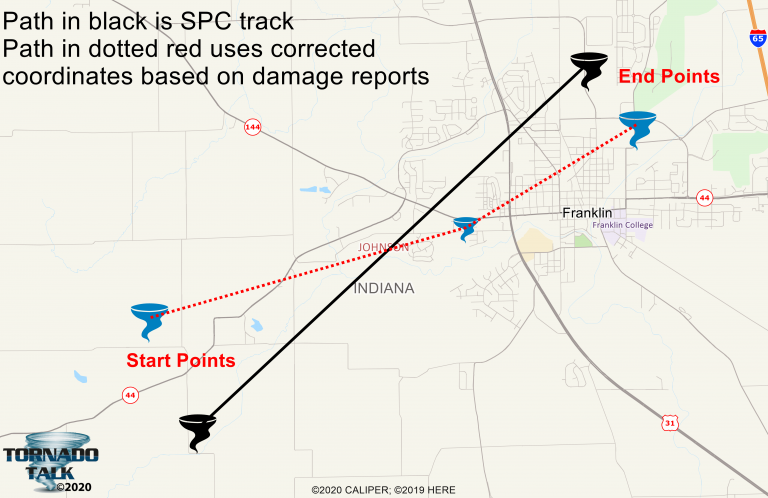 Corrected coordinates based on damage reports. 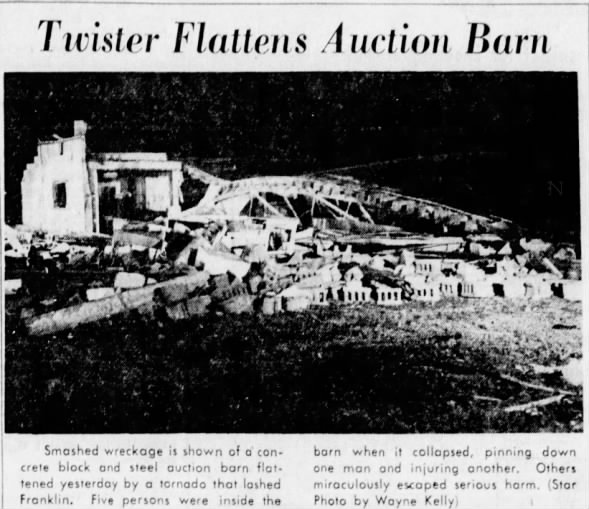 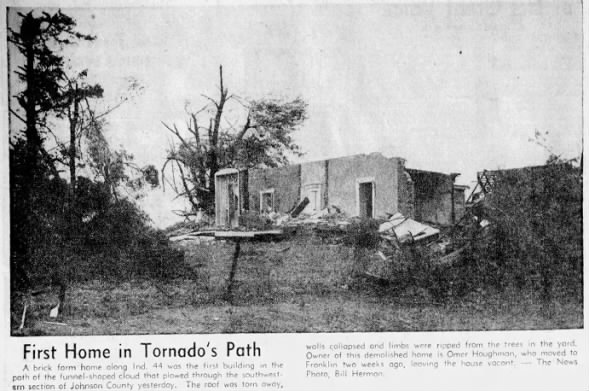 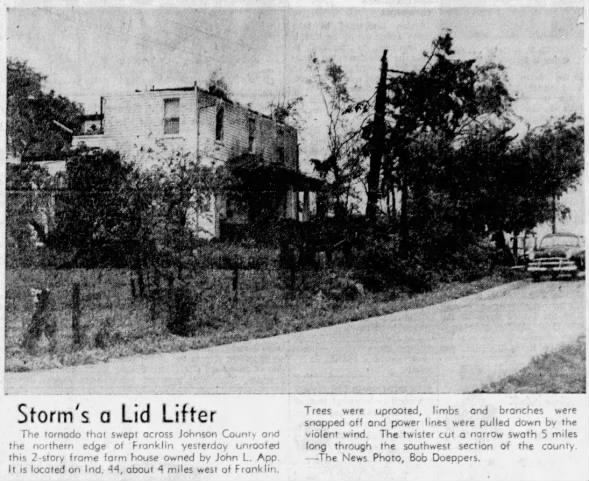 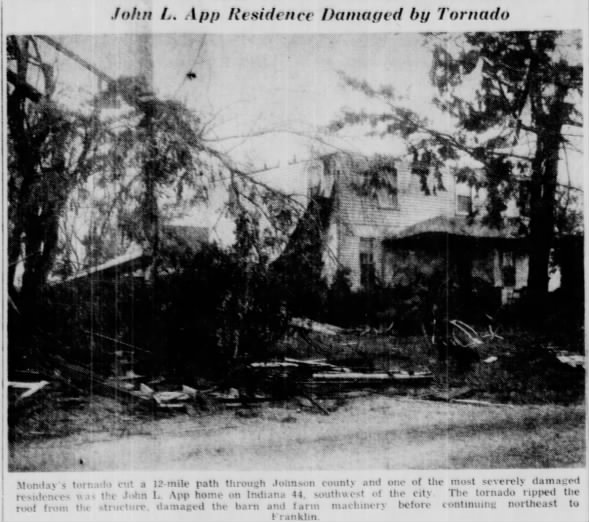 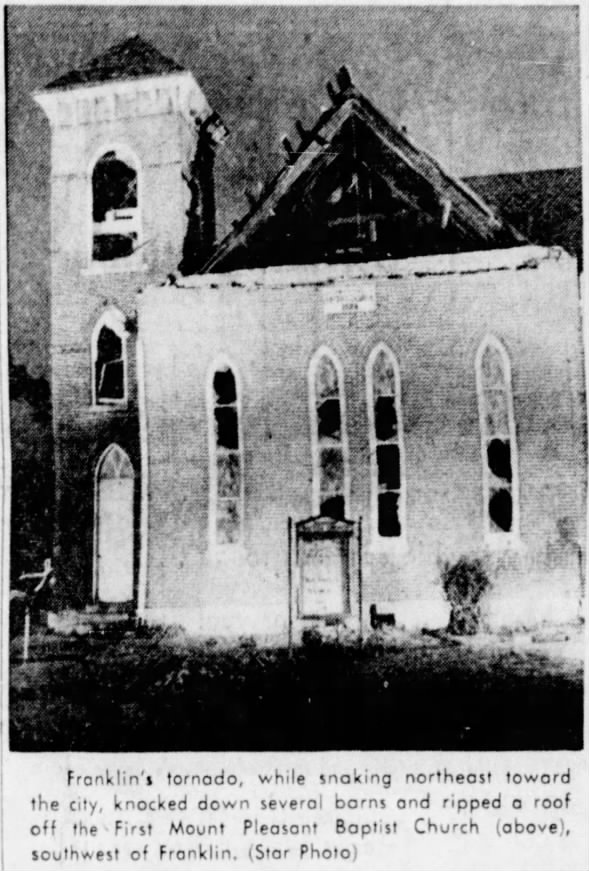 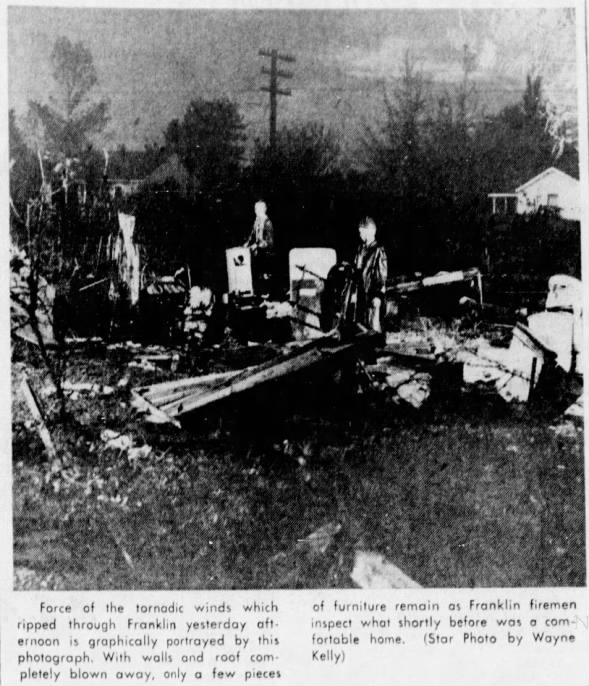 We gathered information for this event from the SPC & NCDC Databases, the October 1954 Climatological Data National Summary and Thomas Grazulis in Significant Tornadoes and found the following differences: