The month of May in 1957 was very active.  Per the NWS Paducah, approximately 231 tornadoes were reported.  The Storm Prediction Center shows 18 on May 21.  One of the strongest was later rated F4.  The town of Fremont, MO was devastated.  Per Thomas Grazulis in Significant Tornadoes, “Only seven homes were left in tact in Fremont, with possibly F5 damage to homes, schools, and businesses on the east side of town.”

Even though the town was laid in ruins and the headline above wondered if the town would be rebuilt, it does still exist.  Per the 2010 census, the population was 129.

The official track from the SPC is in Carter County and the length is 9.1 miles.  Grazulis believes the track may have started in the Mark Twain National Forest in the Southeastern Part of Shannon County.  He has the path length at 25 miles.  I have included in our track map an approximate lat/lon for where the tornado MAY have started.

I am including the entire Climatological Data National Summary entry for this event.  This tornado was more than likely a part of a family and they include broad details about what happened in this area.

The NWS Paducah has a very good summary of this event.  They include numerous newspaper articles, images and personal accounts.  Here is one of those accounts.  Explore their summary here.

Junior was 17 years old at the time. He was driving with his father on US 60 east toward Fremont. They were about a half mile from town when they had to stop and let the monster storm pass right in front of them. Little did they know what was going to greet them when they arrived in town. As the storm passed in front of them, Mr. Jones said he saw trees, limbs and other debris rolling across the road and even heard a roaring sound, but he said he had no idea there was a tornado. After they let the storm pass, they continued into town and began to see the devastation. The first thing Mr. Jones said he remembers seeing was the school house, which was flattened. He mentioned that as much as he hated school, he was sure saddened by seeing the destruction. As he was heading downtown, he looked up toward the hill where his cousin (Edward Jones) and his wife (Marlene Jones) and two children (Theresa and DeWayne Jones) lived. He saw that the house was completely gone. When he went to investigate the damage, he found Marlene and Dewayne did not make it. Theresa was alive but very badly injured. He also discovered that Marlene’s mother in law, Mrs. Della Jones, did not survive. Mr. Jones found out that Della was actually running up the hill to try and warn her daughter in law and grandchildren of the storm, but got caught in the tornado.

Tornado hit Fremont just before 4pm then moved to Van Buren and then toward Piedmont, Wayne County.  Town of Fremont was devastated, with only 7 homes intact.  In Van Buren, damage severe but not as complete as in Fremont.  Large hail reported at Van Buren at 4pm.  Exact path of storm difficult to reconstruct, since some of area sparsely inhabited, and reports of more than 1 funnel involved.

Some evidence that this storm or funnel clouds which developed in same “family” of funnels, went from Piedmont, Wayne County; to Centerville, Reynolds County;  Belgrade, Washington County; and Desloge and Cantwell, St. Francois County;  and eventually into Illinois near Ste. Genevieve.  Heave damage to homes, buildings and timber.  Storm moved east-northeastward.

Most of these photos were gathered from survivors of the tornado 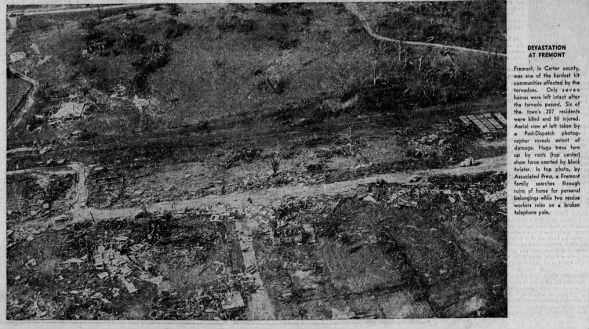 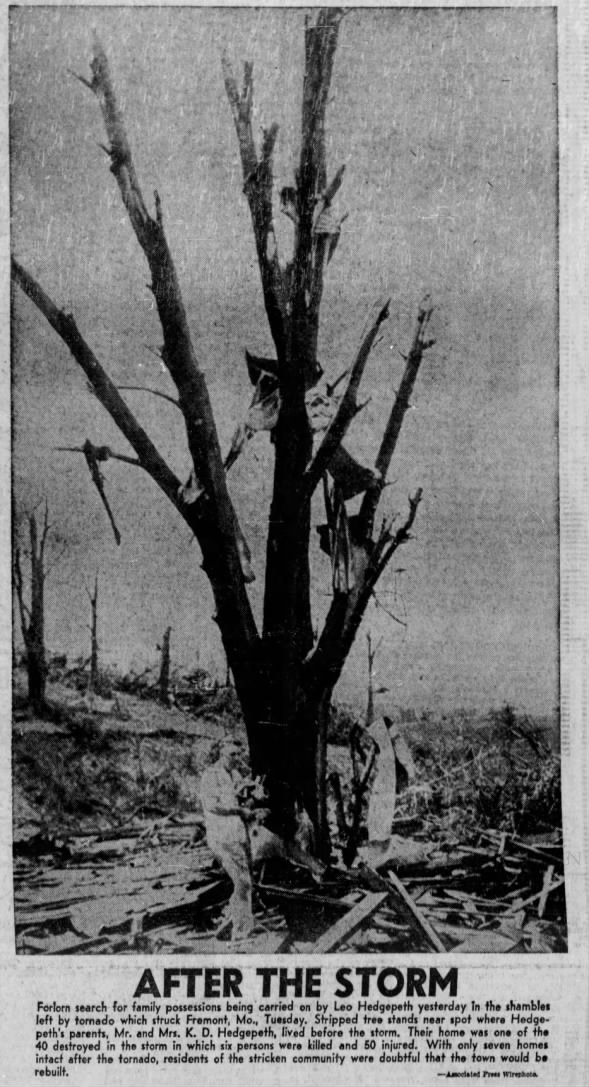 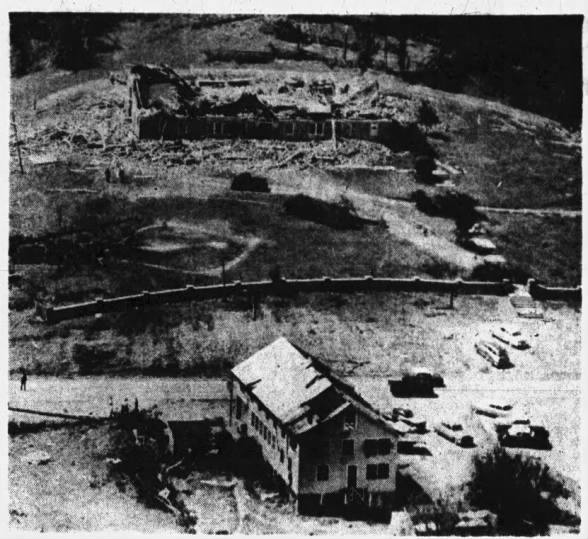 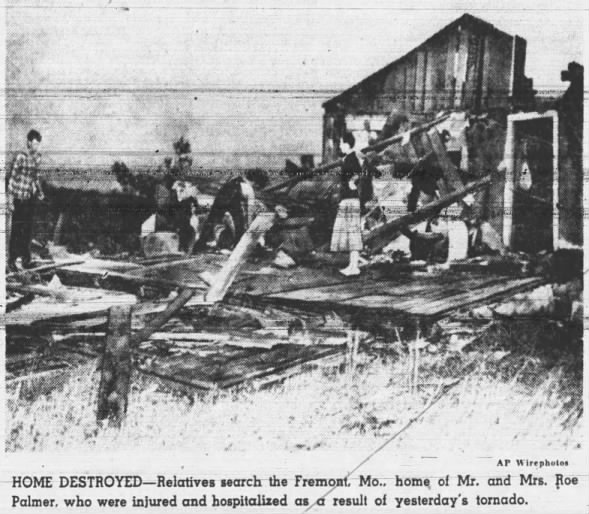 We gathered information for this event from the SPC & NCDC Databases, the May 1957 Climatological Data National Summary (CDNS) and Thomas Grazulis in Significant Tornadoes and found the following differences:

NWS Paducah Summary of the Event