A tornado given a rating of F4 moved just over 23 miles eastward through parts of Frio County, TX on April 15, 1973.  It began about 8 miles west of the Frio Airport.  It moved across the airport and the Melon community passing 3 miles south of Pearsall.  It ended 15 miles due east of the airport.  There were 5 fatalities.  All were occupants of two cars traveling on Interstate 35 as the tornado crossed that area.  Injuries included 3 others in the cars and residents of homes. 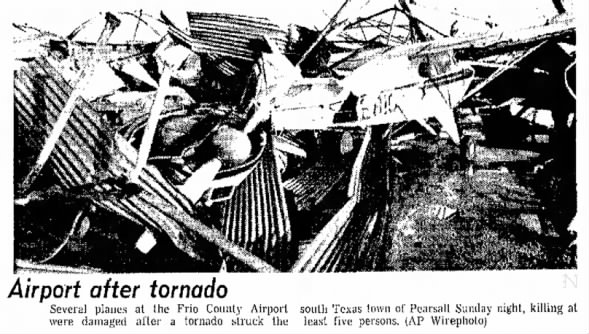 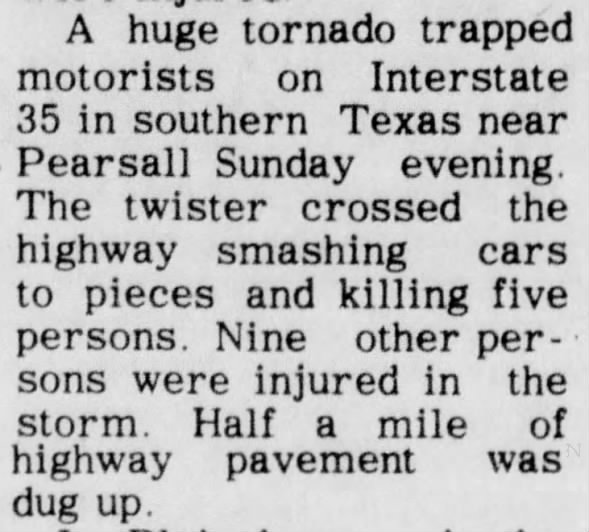 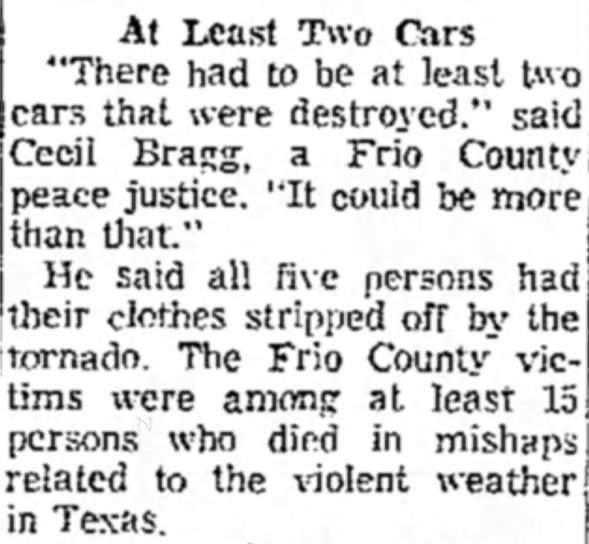 We gathered information for this event from the SPC & NCDC Databases, the April 1973 Storm Data Publication, and Thomas Grazulis in Significant Tornadoes and found the following differences: