Eighteen tornadoes were confirmed across parts of the South on November 27, 1994. We look at one of the F3 tornadoes in this summary. It hit parts of Shelby and Fayette Counties in Tennessee and caused tremendous damage to the Germantown area.

Per the Storm Data entry, the tornado began just southwest of Germantown and moved northeast. It crossed through the town, through the eastern part of Shelby County and into NW Fayette County. When we delved into the damage points and began to map those, we noticed this is not correct. It began southeast of town and clipped mainly the eastern side of town. We have reflected that on our map.

Overall, 28 homes were destroyed and 300 were damaged. Houston High School and a church had significant damage. Thirty utility poles and several trees were blown down.  Two mobile homes in Fayette County were destroyed.

Sadly, in the Germantown area, there were 3 fatalities. The Person family had just moved into their home in the Dogwood Grove Subdivision. They were holding a house-warming and family reunion. Storm Data documented 16 people in the home at the time the tornado hit. Local newspapers reported 11 in the home. I gathered most of my information about this tragedy from the December 1, 1994 edition of the Germantown News. Here are clips about what happened. 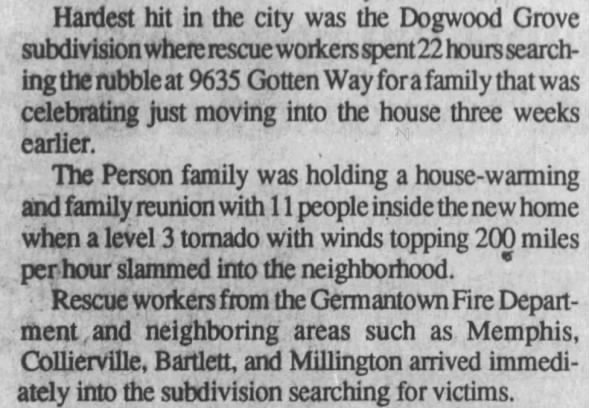 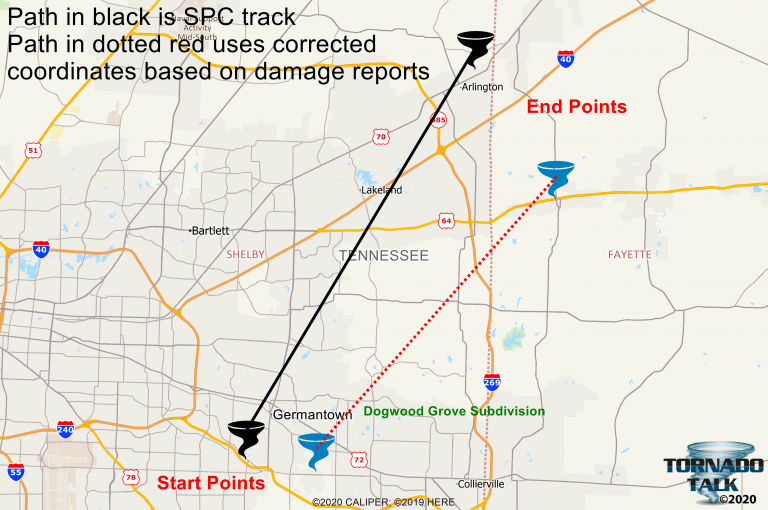 Corrected coordinates based on damage reports:

Colin Morrissey created an album on Facebook with damage photos from this tornado event.  We have embedded a sample of these.  Full set of photos here. 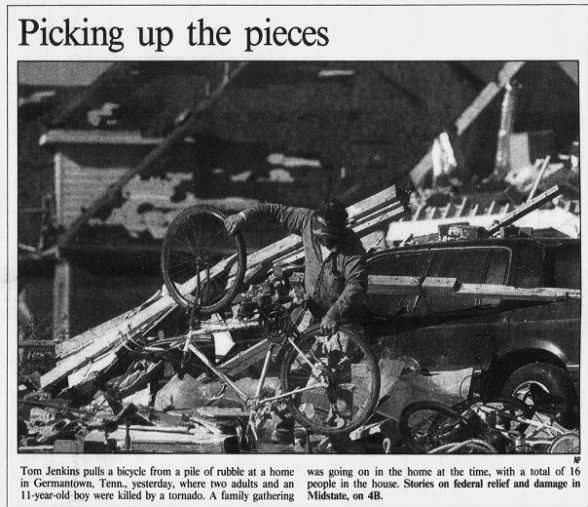 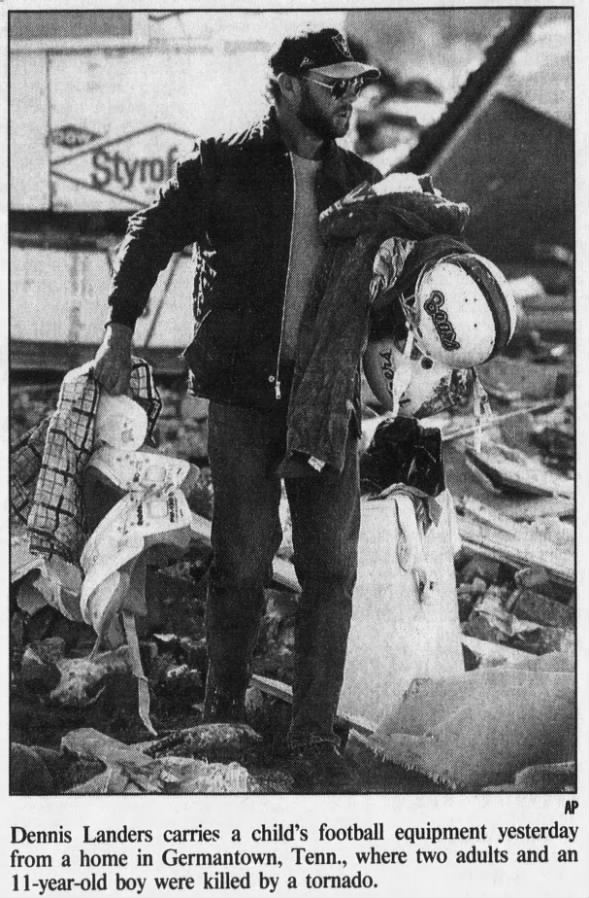 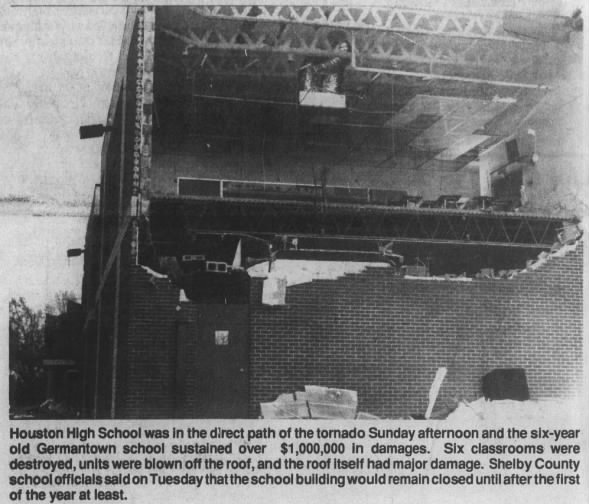 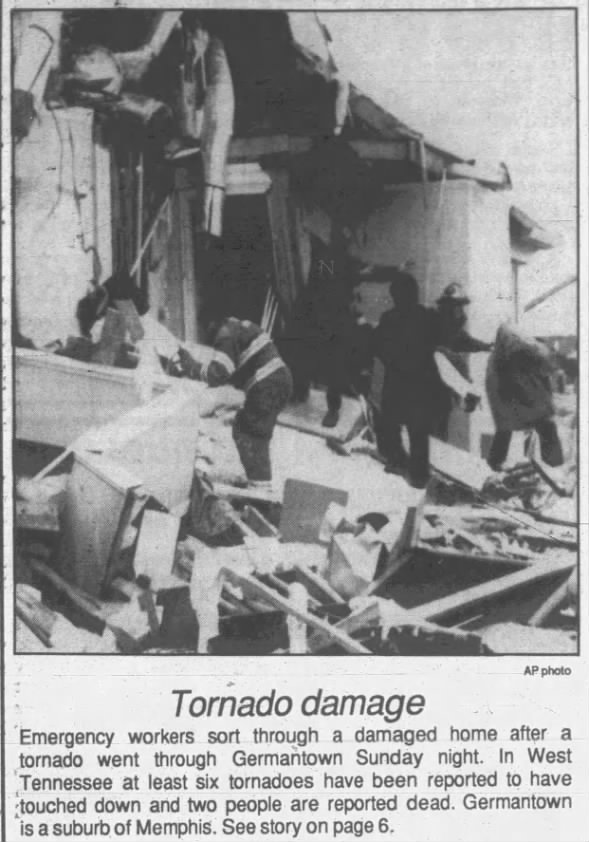 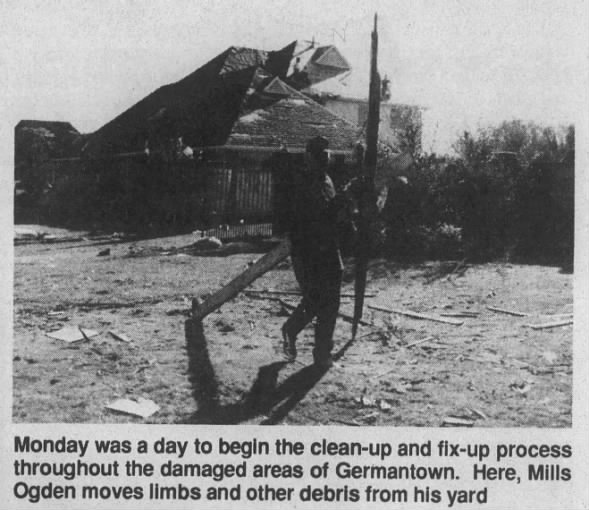 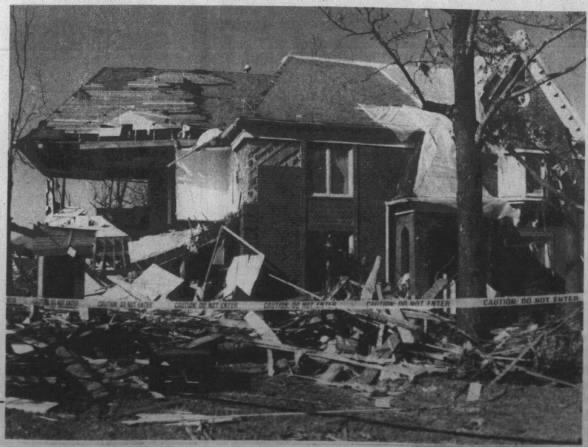 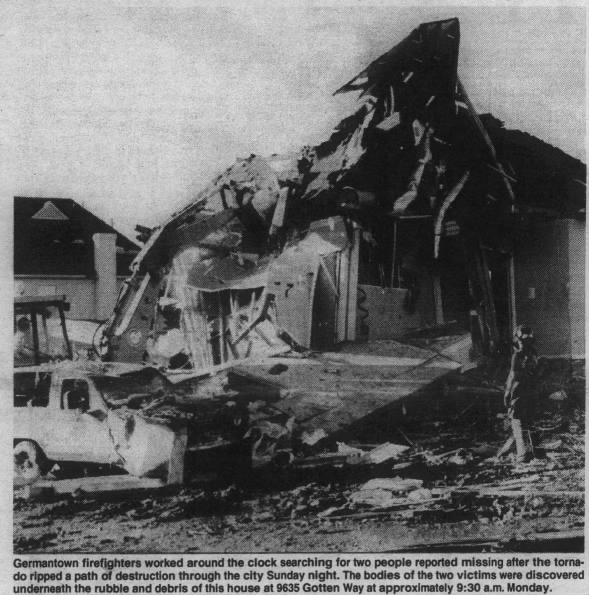 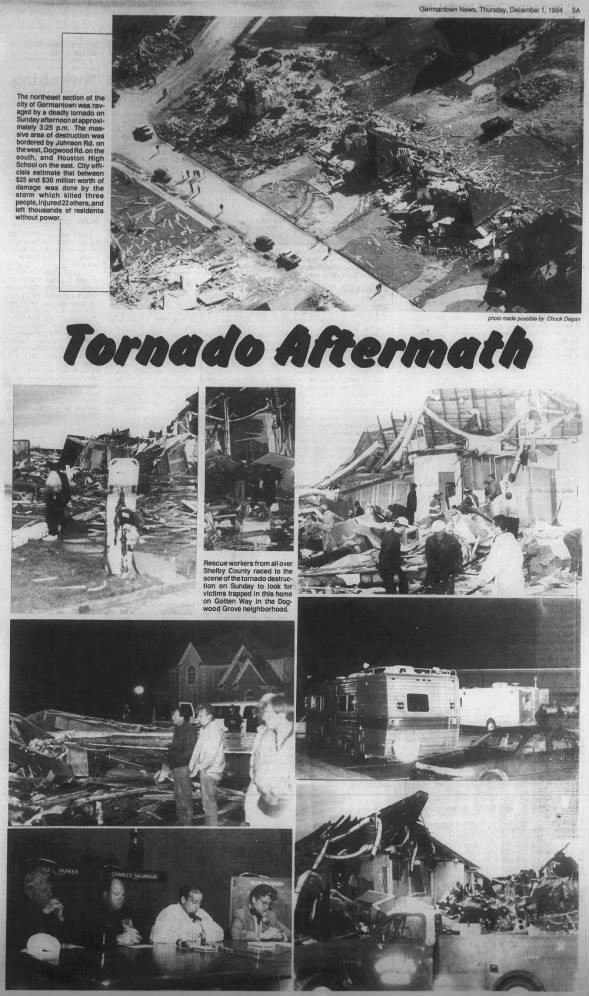