This was one of the strongest tornadoes of an outbreak of 23 during the evening of March 15, 1982.   Most of the twisters were in Oklahoma, Kansas, and Missouri.  This tornado was given a rating of F3.  It had a path of 70 miles.  There were two fatalities and eight injuries.

The tornado developed 4 miles east of Girard, KS.  It hit the towns of Arma and Mulberry.  Several homes on the south side of Arma were moved off their foundation.  At Mulberry, 50 homes were destroyed, another 90 were damaged.  Downburst winds demolished a grocery store south of the tornado.  Judith James was killed in a mobile home.

The tornado moved away from Mulberry, KS, and into Missouri, where it spent most of its time.  Per the survey, the tornado was on the ground for 46 miles, lifted for a few miles, and then set down again, ending near Osceola.   In Missouri, 34 homes or buildings were destroyed, 70 more were damaged.  A woman was killed at Cedar Springs. 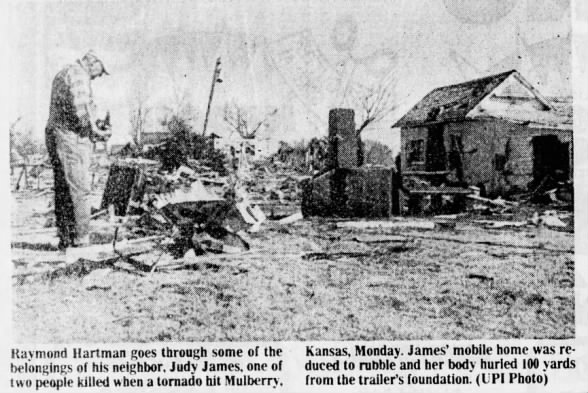 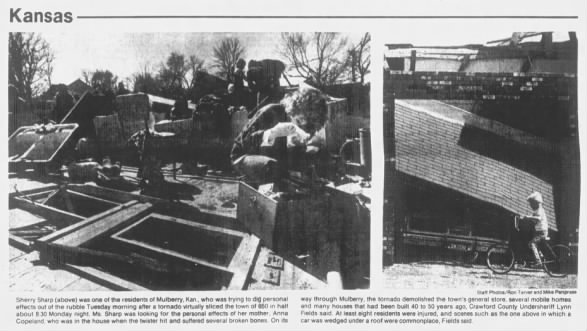 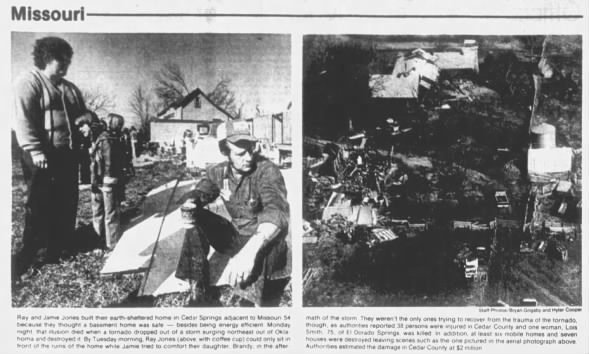 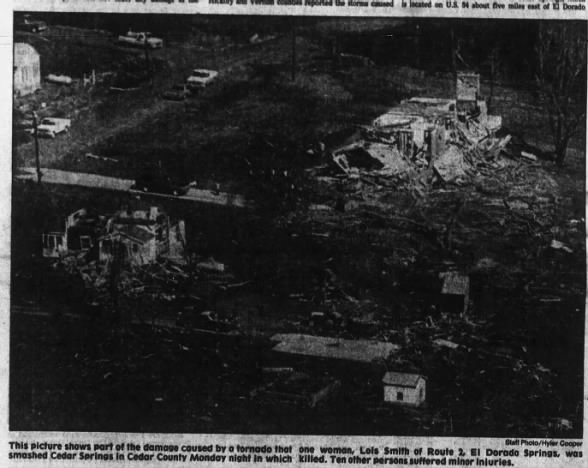 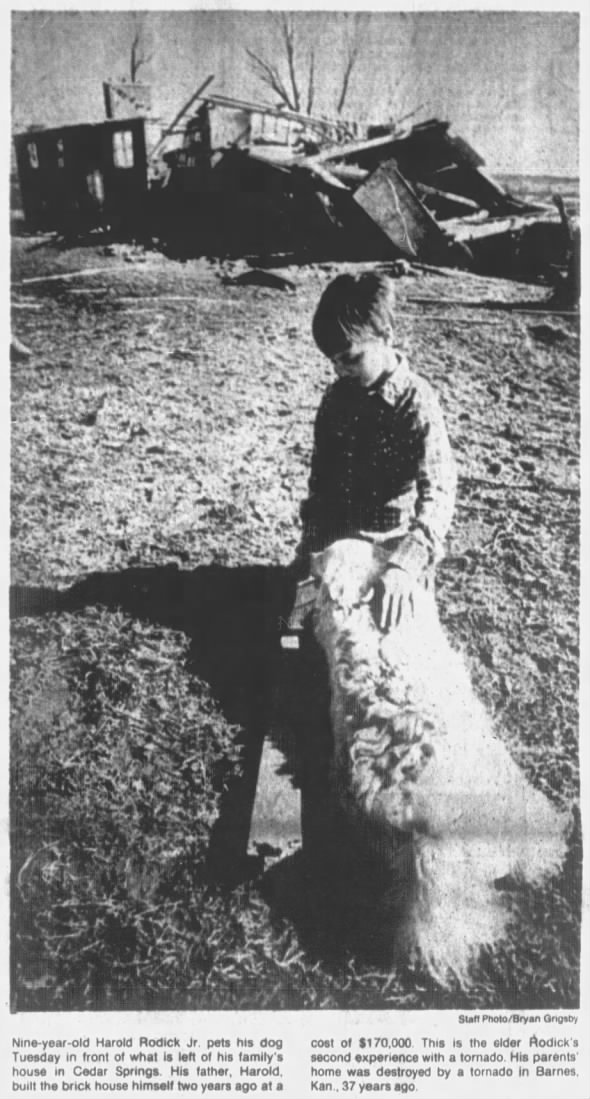 We gathered information for this event from the SPC & NCDC Databases, the March 1982 Storm Data Publication and Thomas Grazulis in Significant Tornadoes and found the following differences: