The NWS described this as a “monstrous tornado.”  It developed just after 9 am CST, two miles south of Moselle, MS.  It grew rapidly and moved to the northeast at 60 mph. Ten minutes after it formed, the tornado hit the Glade Community, 3 miles SE of Laurel.  At this point, the tornado was close to two miles wide and was producing F4 damage.  Per the Storm Data Narrative, “some homes were swept off their foundations, mobile homes were dismantled and tossed in trees.”  Glade Elementary School was demolished.  “The roof was blown away, and both the inner and outer walls collapsed.”  Spectator stands supported the walls on the east and west side of the gym. That was all that remained.

Six people were killed in Glade.  Four deaths were in a mobile home.  One death occurred when the victim tried to escape from a mobile home in a car and was slammed up against a tree.  The other fatality was to a man who ran to a mobile home to help warn an elderly lady about the tornado. Before he reached the home, the tornado knocked down trees on top of him, and he was crushed to death. 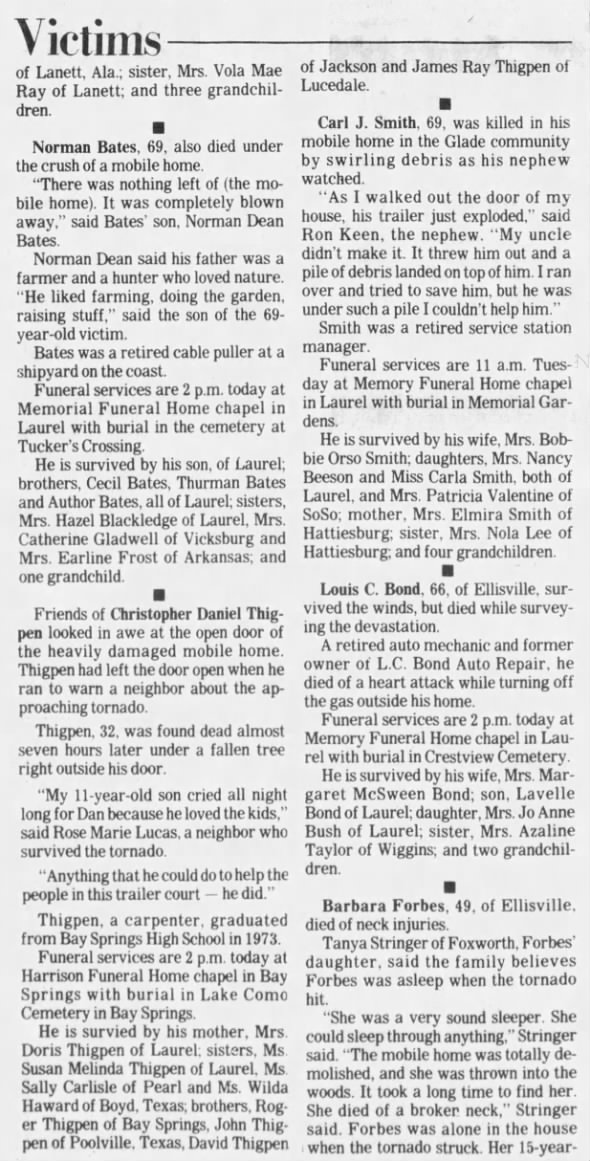 The tornado continued to the northeast into the Power Community.  A newly built 67,500 square foot warehouse was “completely dismantled and tossed in a wooded area a couple of hundred yards downwind.”

On Highway 84, the tornado damaged Northeast Jones High School.  After this point, the tornado diminished in size and intensity.  It moved out of Jones County into extreme NW Wayne County and dissipated in the Beaver Dam Community in extreme SW Clarke County.

Final numbers:  28.5 million dollars in damage.  Per Storm Data, “this number would have been much greater had the tornado not traveled through such rural country.”  No incorporated towns were hit.  13 businesses, 220 homes, 149 mobile homes, and one apartment building destroyed.  A total of 653 structures were affected.  About 700 were left homeless.  Close to 1600 students ha to attend classes elsewhere due to the extreme damage to the school. 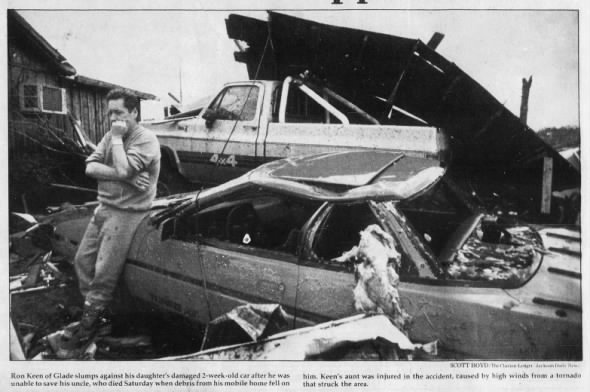 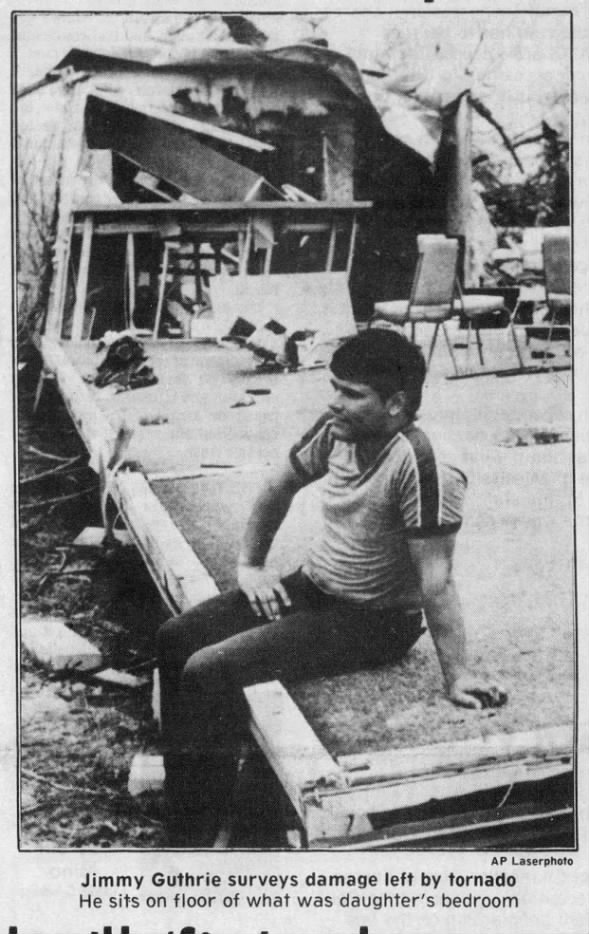 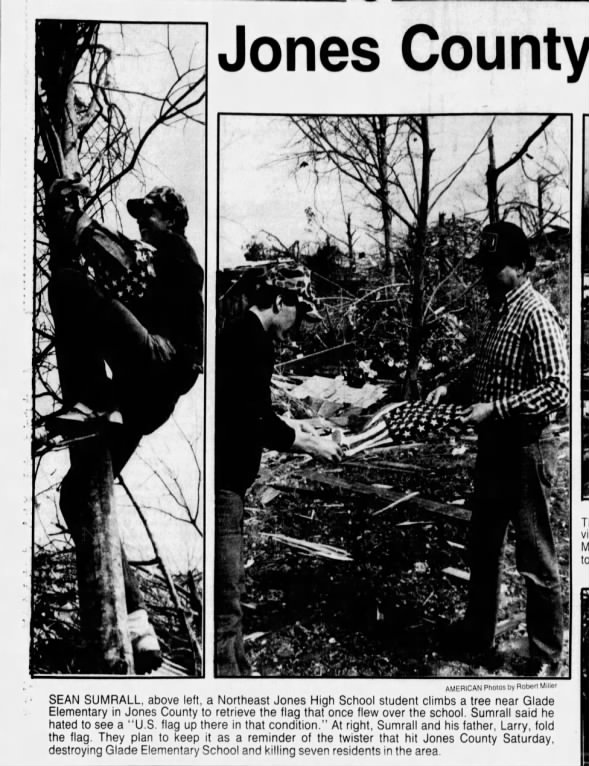 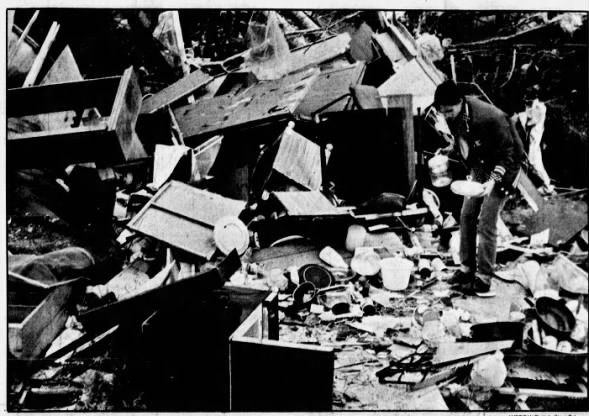 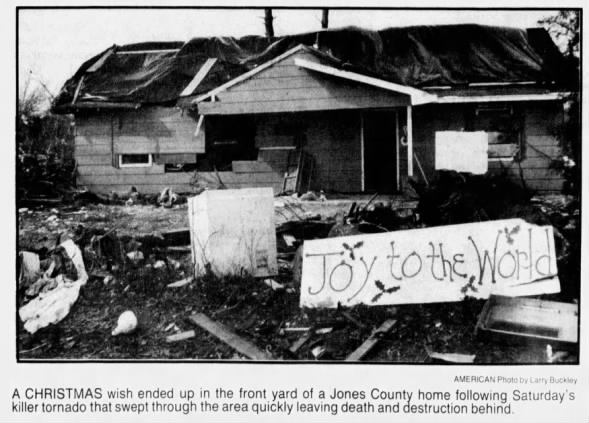 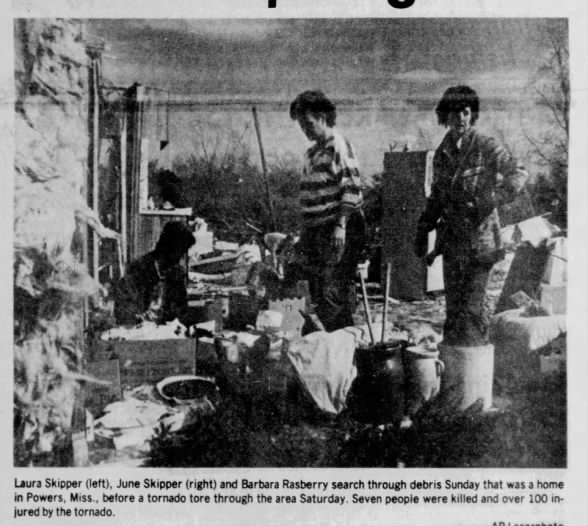 We gathered information for this event from the SPC & NCDC Databases, the February 1987 Storm Data Publication and Thomas Grazulis in Significant Tornadoes and found the following differences: