14 tornadoes were confirmed on July 25, 2000.  All but one were in the state of Minnesota and the most devastating traveled 9 miles through parts of Yellow Medicine County and hit portions of Granite Falls.  When you plot the SPC coordinates, obviously the line isn’t straight but you could make an argument that Yellow Medicine and Chippewa Counties should be included in the path.  The tornado path appears to cross the county line at times.

There was 1 fatality.  Per a report in the Star Tribune on July 27, 2000, Mr. Arly Swanson was crushed by his green pickup truck.  He apparently left his house to take shelter under the vehicle.

Per the NWS Storm Data entry, most of the damage in Granite Falls was caused by F2 and F3 winds speeds.  It was officially classified as minimal F4 based on the twisted wreckage of an overturned railroad car.  Per the Star Tribune article, “41 houses were destroyed and 300 damaged”.  That was nearly 1/3 of the homes in Granite Falls at that time.

I found some very interesting damage photos via the newspaper articles (see that section below our map).  A mattress is hanging from a tree and the roof a farm building was thrown into the middle of a corn field.

The tornado first touched down in rural Yellow Medicine County, 8 miles west, and 3 miles north of Granite Falls.  The tornado lifted before exiting Granite Falls, leaving the most concentrated damage path two miles long, and 500 feet wide, through a primarily residential area of Granite Falls.  Most of the damage in Granite Falls was caused by F2 to F3 wind speeds. However, this tornado has been classified as a minimal F4 tornado, based on the twisted wreckage of an overturned railroad car near the intersection of 9th Avenue and 14th street in Granite Falls. 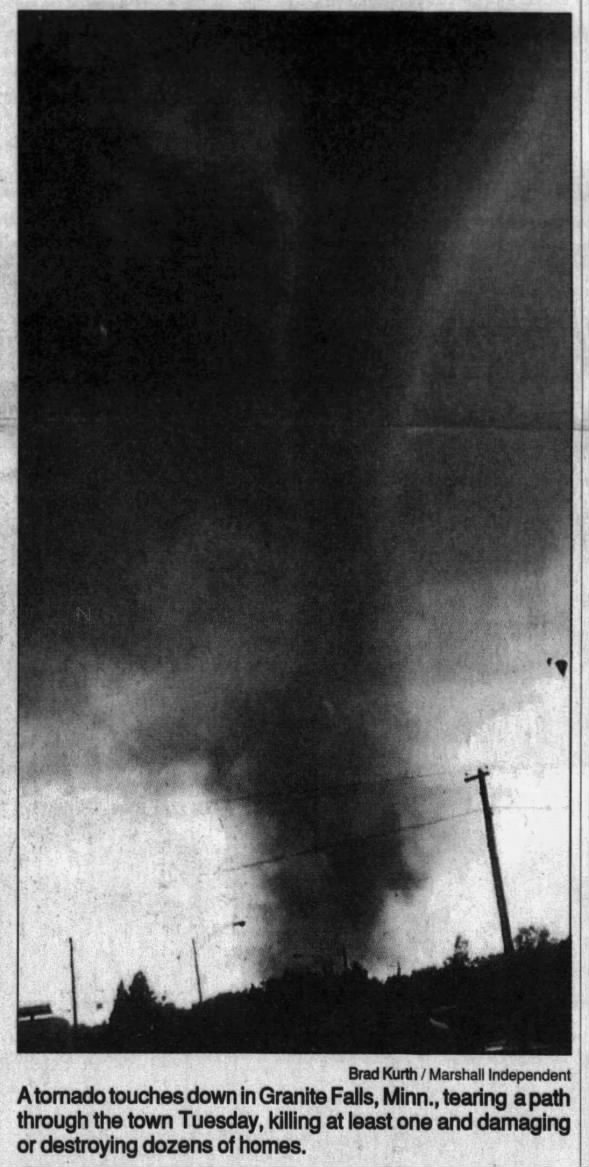 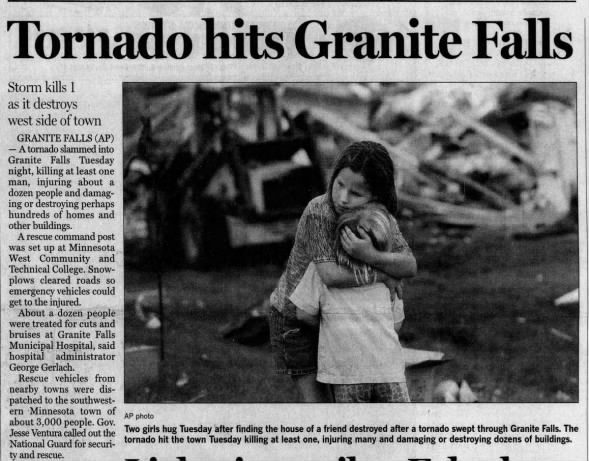 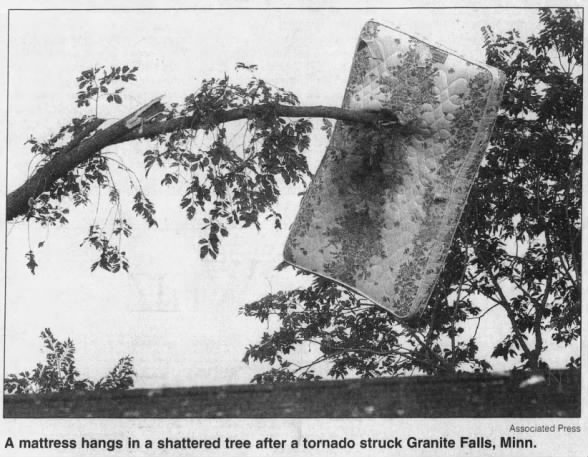 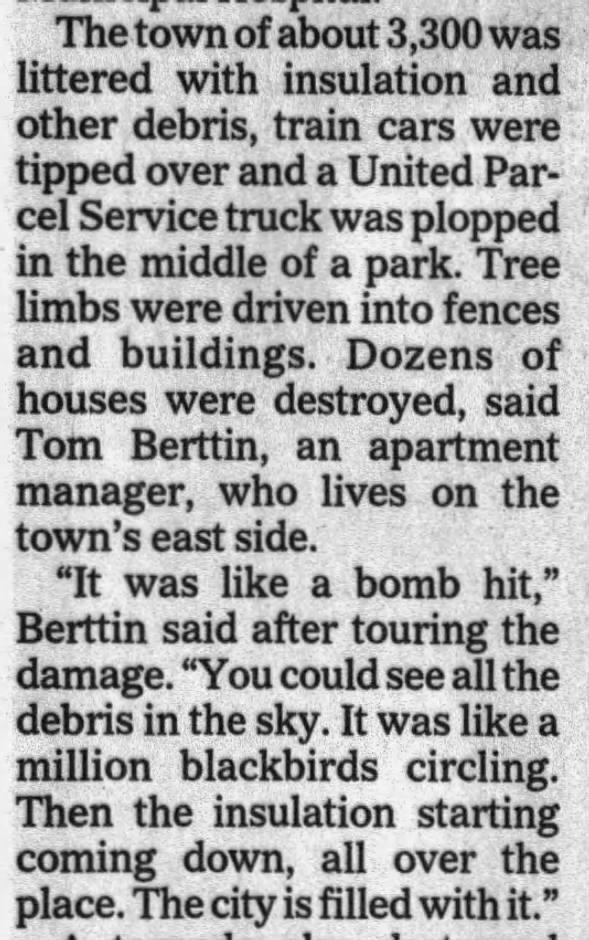 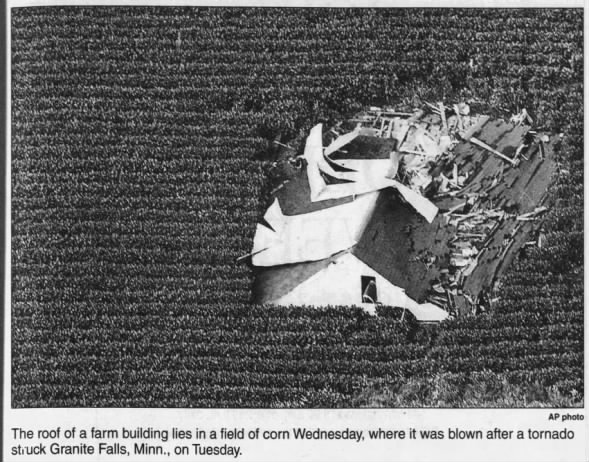 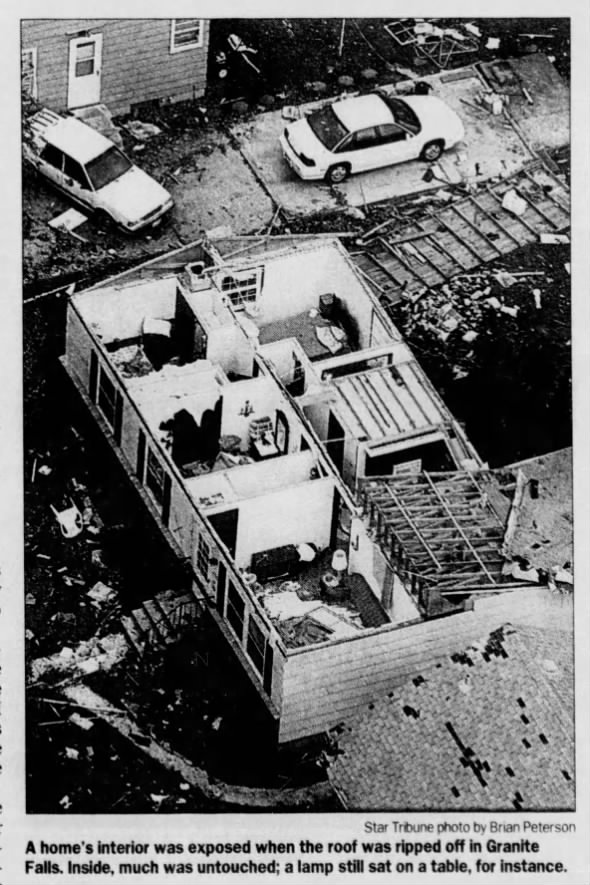 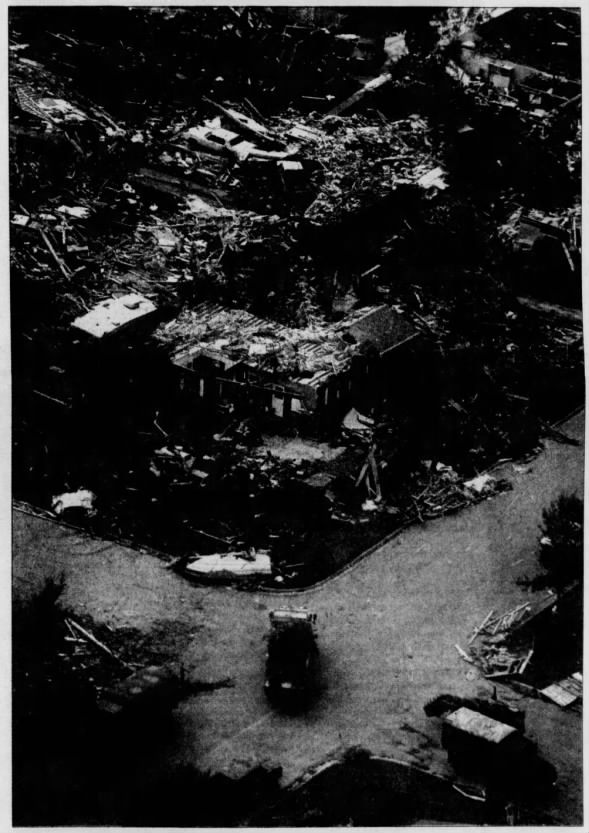 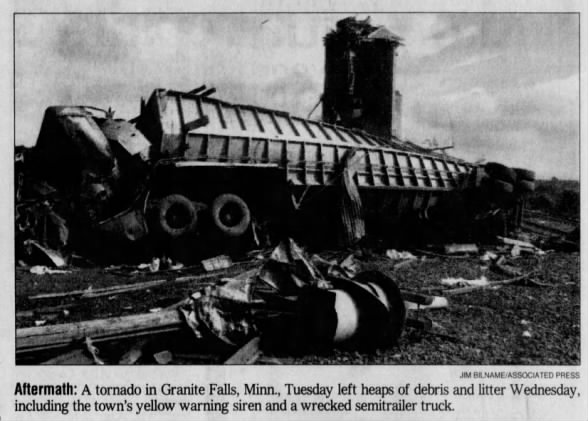 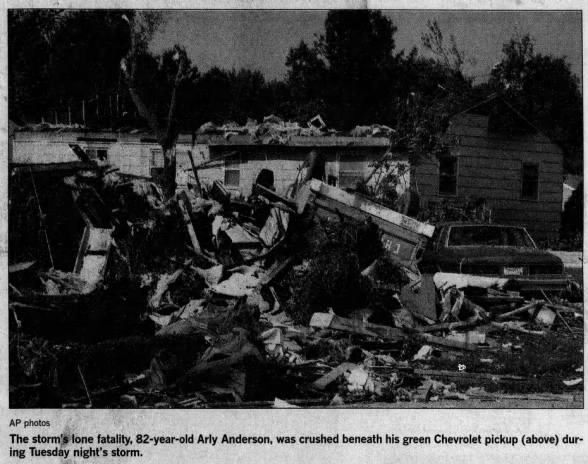 We gathered information for this event from the SPC & NCDC Databases, the July 2000 Storm Data Publication and Thomas Grazulis in Significant Tornadoes and found the following differences: