This tornado was one of eight that occurred on February 4, 1971.  It was given a rating of F2, and tragically seven members of one family were killed when their mobile home was hit.

The tornado developed two miles SE of Gore Springs, MS.  Per the survey, it lifted after one mile and then “touched down” again near Highway 8 about 15 miles East of Grenada.  The main damage was to this trailer.  The other damage was to timber.

Per a newspaper article in the Hattiesburg American from February 5, 1971, the wife and three children of Christopher Hankins, a Grenada policeman, were killed. Officer Hankins was returning home from duty when the trailer was hit. The three other victims were his sister, niece, and mother-in-law. His wife Mary Helen had returned from the hospital a day before the tornado with a new baby. He was one of the victims.

Per the article, “wreckage of the trailer was scattered as far away as one mile, authorities said, and one body was found three-fourths of a mile from the trailer site.” 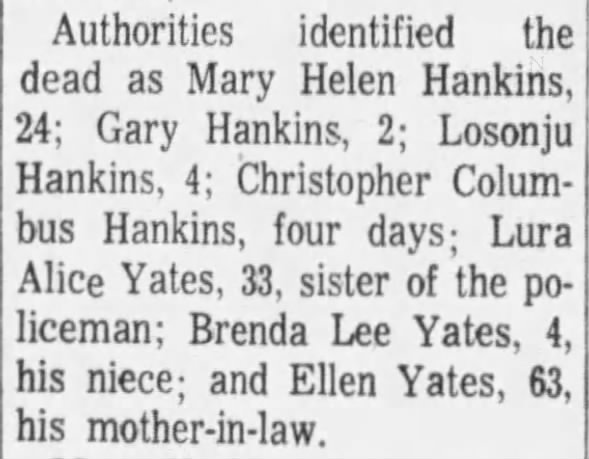 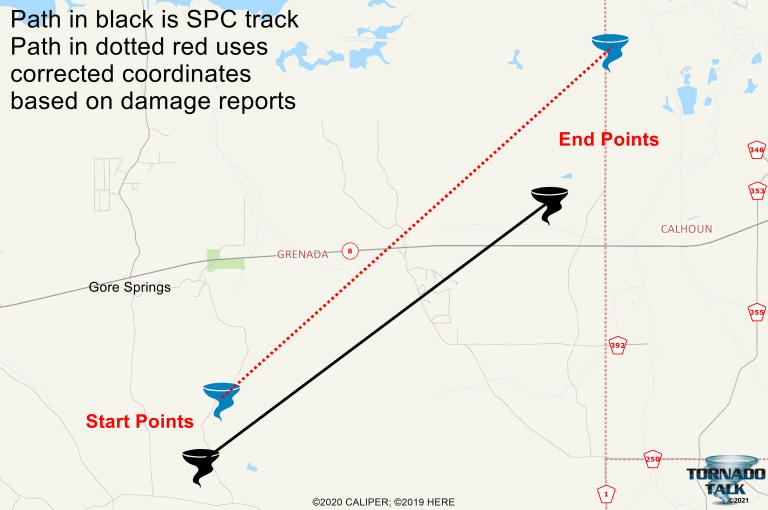 We gathered information for this event from the SPC & NCDC Databases, the February 1971 Storm Data Publication and Thomas Grazulis in Significant Tornadoes and found the following differences: