A total of 19 tornadoes occurred on September 5, 1979.  All but one were in association with the remnants of Hurricane David.  Per an overview from the Weather Prediction Center, David was a Cape Verde storm.  It became a hurricane as it moved away from the Lesser Antilles and was a Cat 3 as it crossed Dominica.  On the August 30, David because a Category 5 storm south of Puerto Rico.  After hitting the Dominican Republic (one of the strongest to hit the country), it had weakened to Tropical Storm strength. The system moved across the eastern tip of Cuba, skirted the east coast of Friday as a minimal hurricane and made a land fall on the Georgia Coast on September 4.  From there it moved quickly through the Appalachian through the Mid-Atlantic.

Eight tornadoes were spawned from “David” in the state of Virginia.  Two were rated F3 and the rest given an F2 rating.  We are looking at one of those F3s in this summary.  It traveled through parts of Fairfax County.  I want to look at the path a bit because there are discrepancies.  The SPC and NCDC databases list a path length of 17.9 miles.  Storm Data and Thomas Grazulis in Significant Tornadoes only have path length of 6 miles.

Per Storm Data, the tornado began in Groveton and had a skipping path to the north-northwest.  They then mention that the tornado hit Fairfax City and the Woodson High School area.  The summary then states that the tornado “apparently struck again in the Great Falls area.”

The official SPC coordinates show a path from Groveton straight NNW to Great Falls.  That is a distance of about 18.5 miles.  So, the SPC/NCDC path length could be correct.  A path that direct though is WELL east of Fairfax City.  (See that map above). I have included another map below plotting points of where damage was reported.

This map shows the areas where damage was reported.

Regardless, there was a great deal of damage in Fairfax County.  A shopping center sustained tremendous damage at Groveton.  At Fairfax City, the Woodson High School property was hit along with several homes and a newly constructed office complex.  The National Weather Service reported that in the county, 90 homes were damaged, 17 of which were uninhabitable. There was an unknown total of demolished cars and trees that were downed. There was one fatality in Great Falls.  A large tree fell on a house killing a man caught in the debris there. 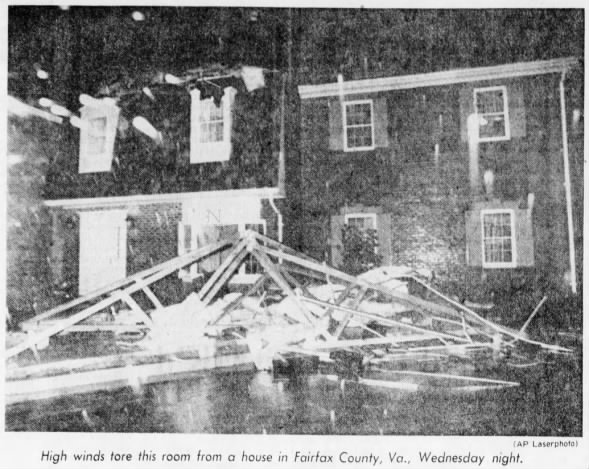 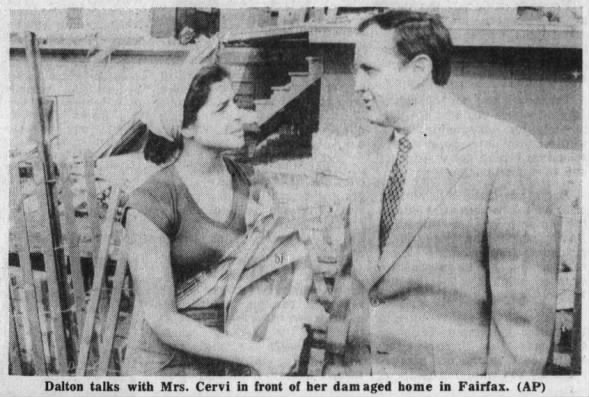 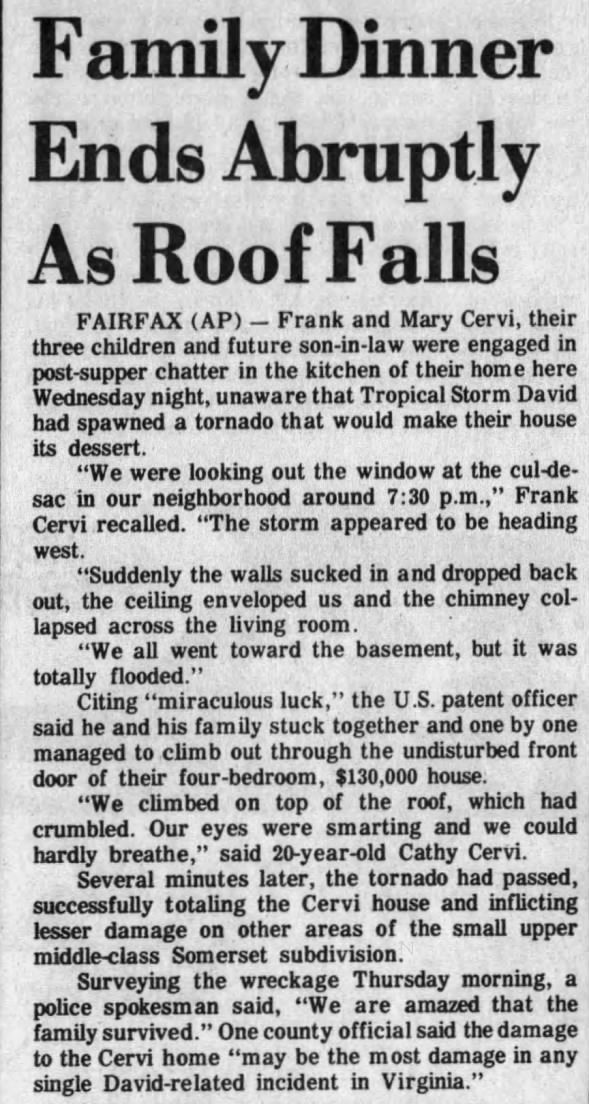 We gathered information for this event from the SPC & NCDC Databases, the September 1973 Storm Data Publication and Thomas Grazulis in Significant Tornadoes and found the following differences: