Three tornadoes occurred on December 27, 1997 in the state of Florida.  The strongest was given an F2 rating.  It developed in the Lake Region Mobile Home Park along US Highway 27 and County Road 544 in Polk County.  Several residents remarked that the tornado sounded like “a high-pitched whine”.  Many mobile homes had major to severe damage. 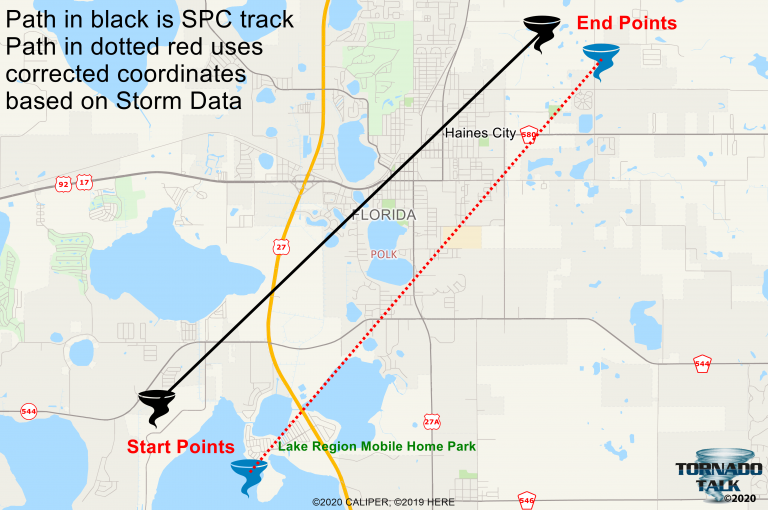 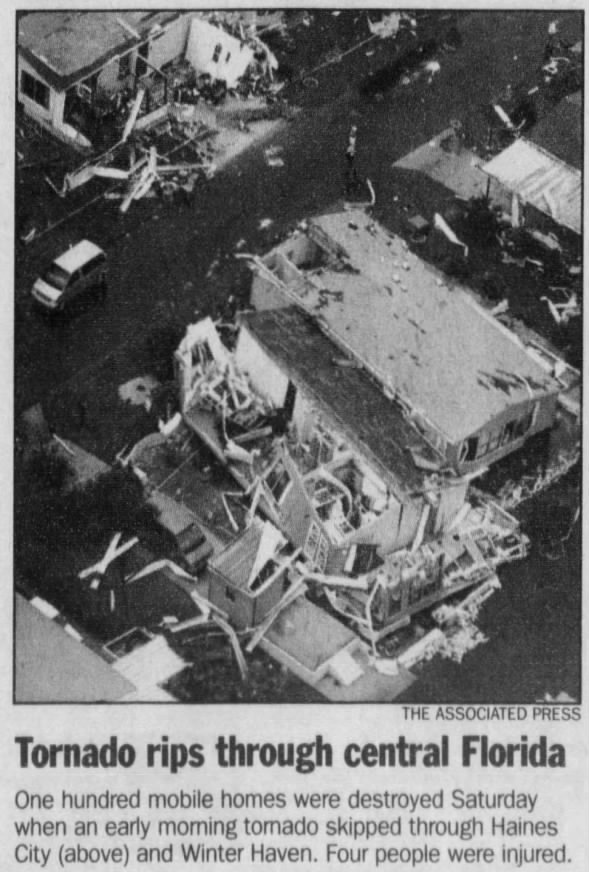 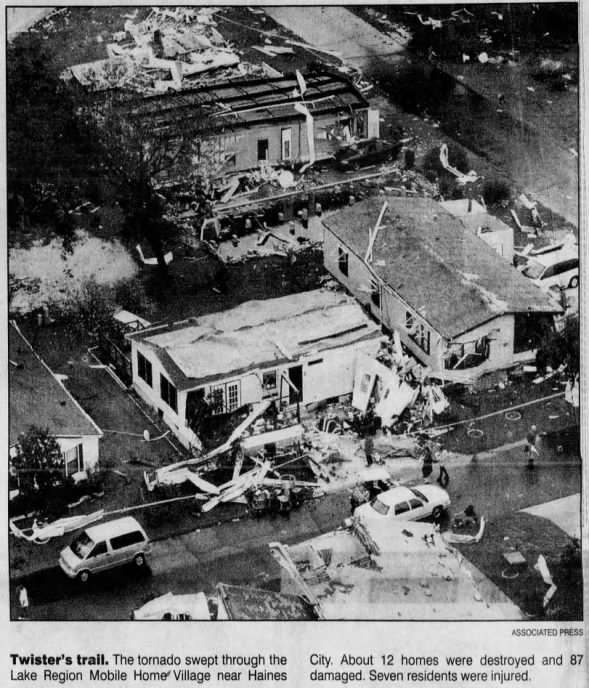 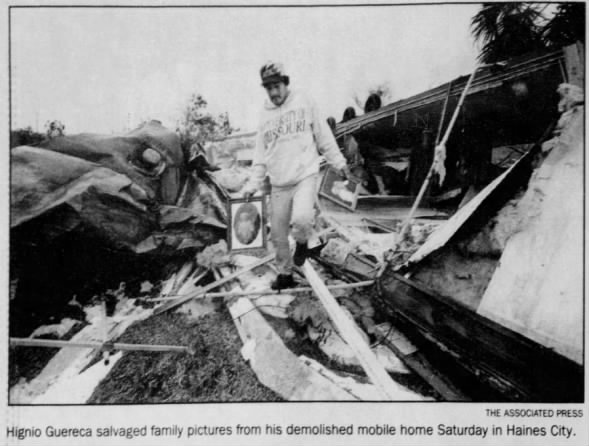 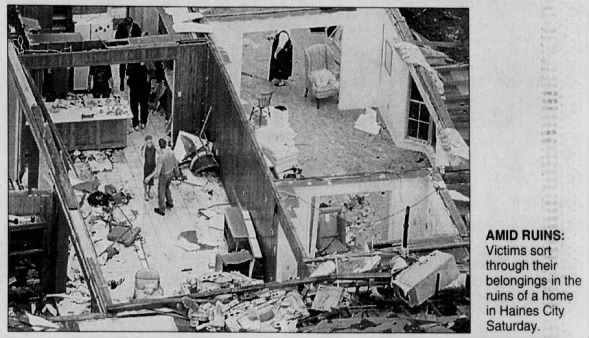 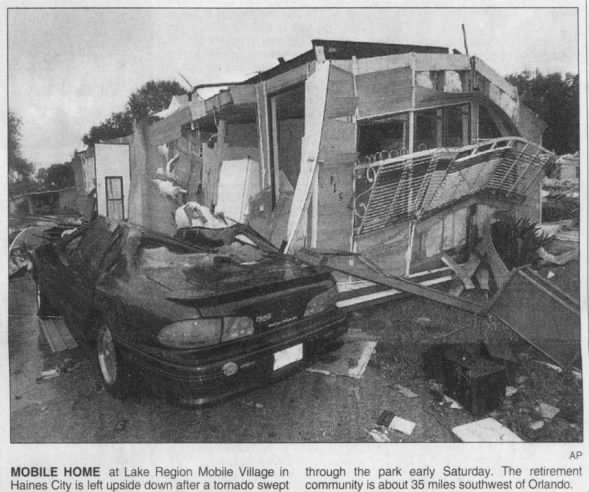