This summary looks back at an estimated F4 tornado from October 26, 1941. It crossed through parts of Ashley County, AR the town of Hamburg. Information for this event came from the following resources:

Per an article from The Delta-Democrat-Times (Greenville, MS) from October 27, 1941, doctors converted a hotel into an emergency hospital.  Camp Livingston soldiers who were on a bus heading to Louisiana after furloughs, were passing through the town of Hamburg after the tornado hit.  Per the article, “the soldiers ordered the bus to stop and took over police duties.” More from the article followed by an article from October 29 about a commendation for the soldiers. 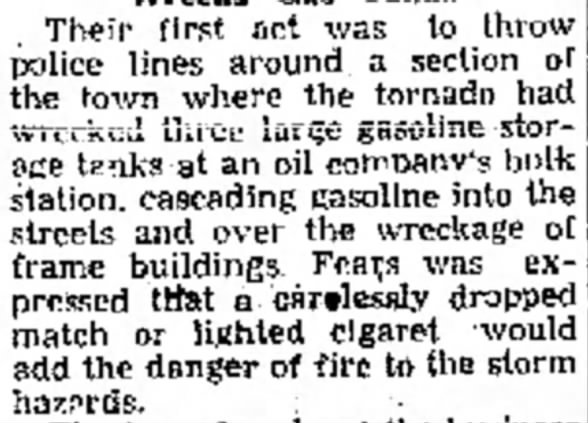 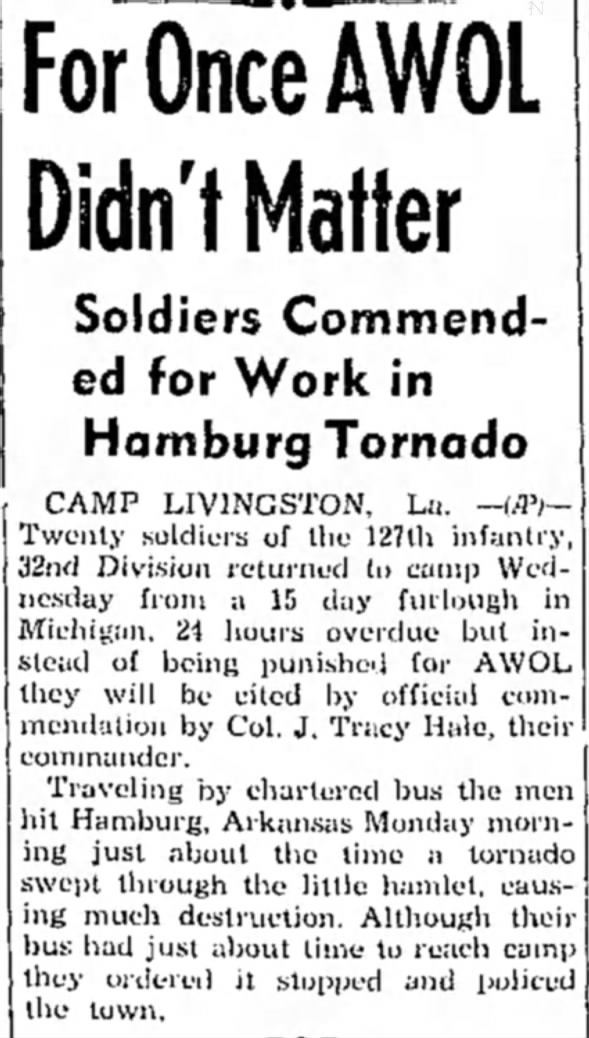 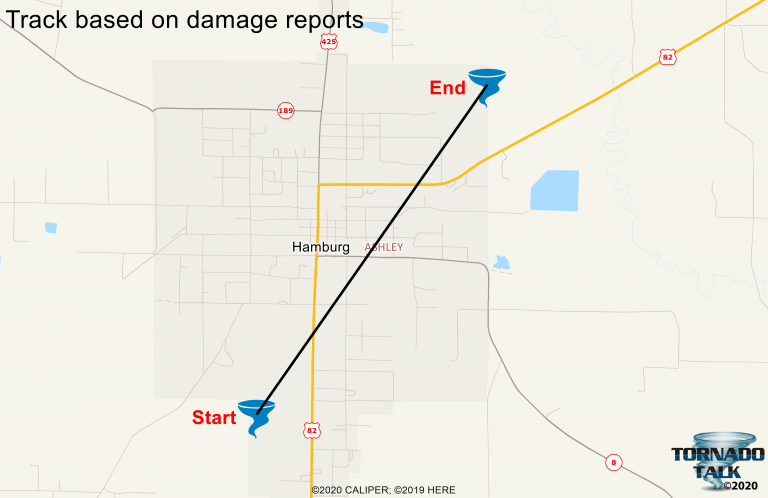 Approximate coordinates based on damage reports: 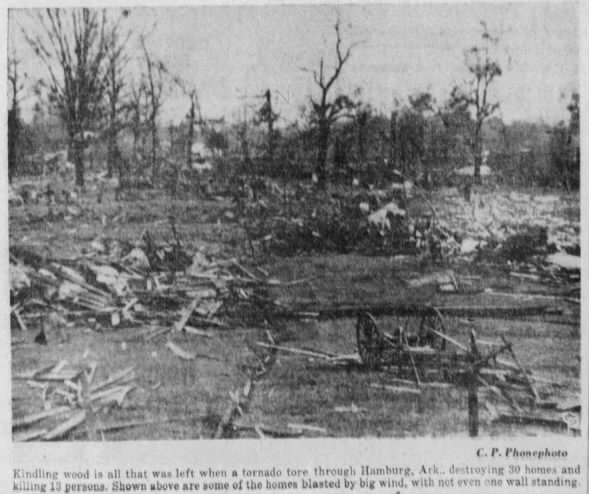