A tornado outbreak occurred across parts of the Northeast on July 10, 1989.  A total of 17 tornadoes were confirmed.  Here is a breakdown of the ratings:

One of the F4s was more than likely a part of family of tornadoes (per Thomas Grazulis and Storm Data) that hit parts of Eastern New York State. The second F4 is the topic of this summary.  It was also part of a family of twisters.  It slammed into New Haven County, CT.

The tornado developed in Hamden devastating the Highwood area.  Close to 350 homes and 40 businesses were destroyed.   The tornado moved along a skipping path and ended just north of New Haven.  Over 30 streets were blocked by fallen trees.  Per Thomas Grazulis in Significant Tornadoes, tree damage was still being cleared a year after the tornado.  There were 0 fatalities from this tornado event and 40 injuries.

The thunderstorm complex responsible for the previously listed tornado (Note:  This was an F2 that moved through parts of Litchfield and New Haven Counties, CT) continued to move south-southeast and produced another tornado.  This major tornado, an F4 which is rare for New England, touched down in Hamden.  It devastated a portion of the community, especially a section known as Highwood.  As many as 350 homes and over 40 businesses were destroyed, resulting in many hundreds of people becoming displaced.  The more significant tornado damage was along about a 0.5 mile path, but tree damage extended much further.  Damage estimates in Hamden alone exceeded 100 million dollars.  Miraculously, no deaths occurred and injuries were rather minor.

The tornado continued long an intermittent path toward the south-southeast to North Haven and ended just north of New Haven.  An estimated 20 million dollars worth of damage was done by falling trees in this area.  Over 30 streets were blocked by fallen trees in New Haven right after the storm.  Throughout New Haven County, over 90.000 people were without power; some were without power for up to a week. 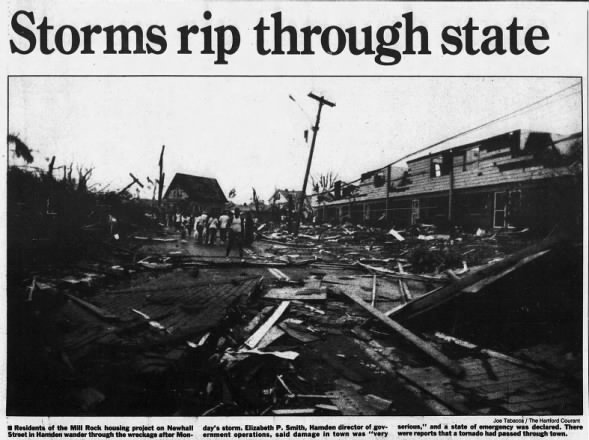 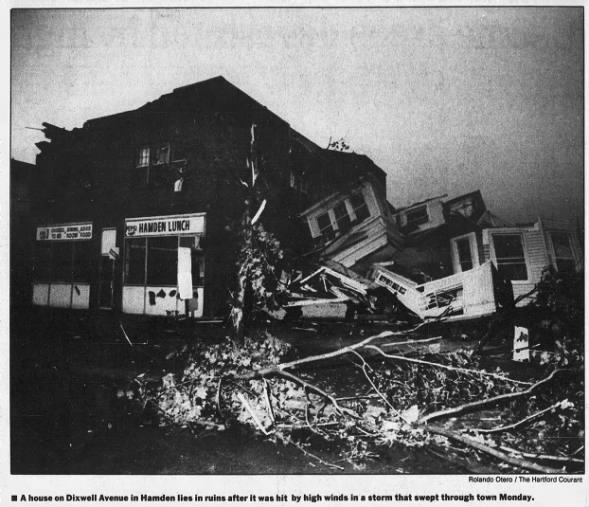 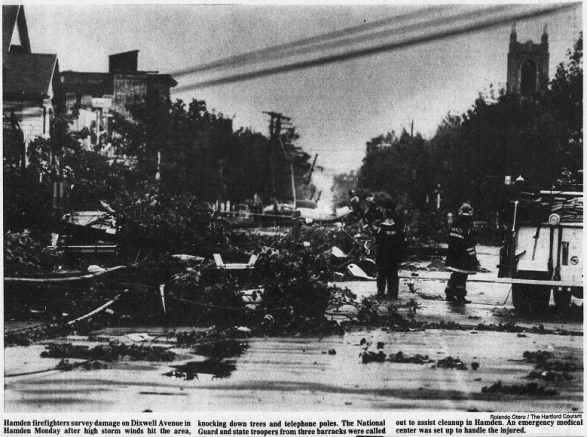 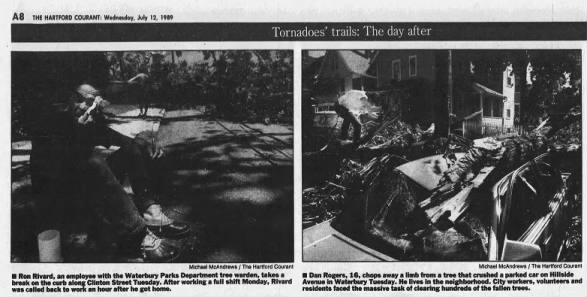 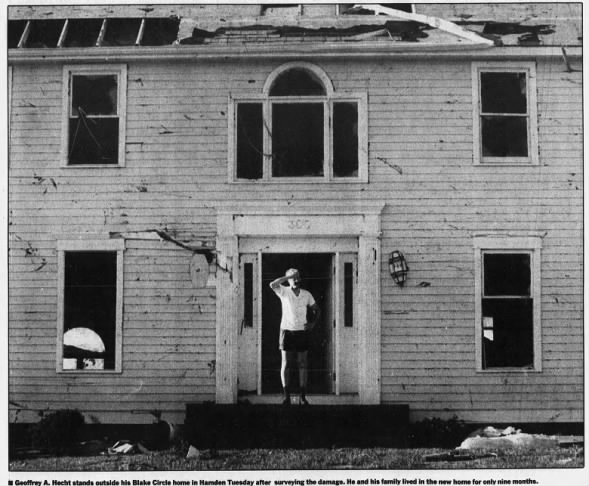 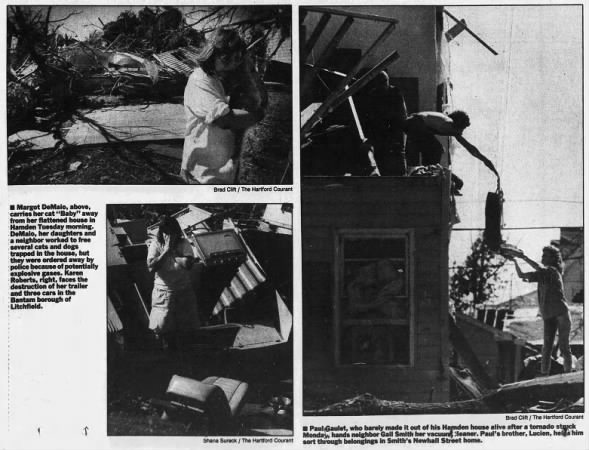 We gathered information for this event from the SPC & NCDC Databases, the July 1989 Storm Data Publication and Thomas Grazulis in Significant Tornadoes and found the following differences:

25 Years Ago – The 1989 Tornado Outbreak by Ryan Hanrahan