An outbreak of 35 tornadoes occurred across six states on February 29, 2012.  During the early morning, a squall line with embedded supercells pressed through parts of Southeast Missouri and Southern Illinois.  The strongest tornado of the day occurred between 451am and 504am CT.

This tornado developed approximately a mile north of Carrier Mills, IL.  It moved east-northeast through the town of Harrisburg.  The south and southeast portions of Harrisburg were devastated.  200+ homes and 25 businesses were heavily damaged/destroyed.  At least 10 homes or other buildings were leveled.  This occurred near a destroyed strip mall on the east side of US Route 45.  The Harrisburg Medical Center was also hit.

The tornado continued to trek east of Harrisburg.  It moved across Illinois Route 13.  In this area, a farm home and a business were destroyed.  Hundreds of trees were snapped/uprooted.  The tornado crossed Highway 142 into Gallatin County.

Initially in Gallatin County, the twister moved east-northeast through open farm country.  It then headed toward Ridgway.  In the town, 140 homes and businesses were damaged.  Numerous cars were tossed mainly on the east side of town.  A large historic church was destroyed.  The tornado lifted 4 miles ENE of Ridgway.

Details via the NWS Paducah Event Narrative and The Southern Illinoisan. 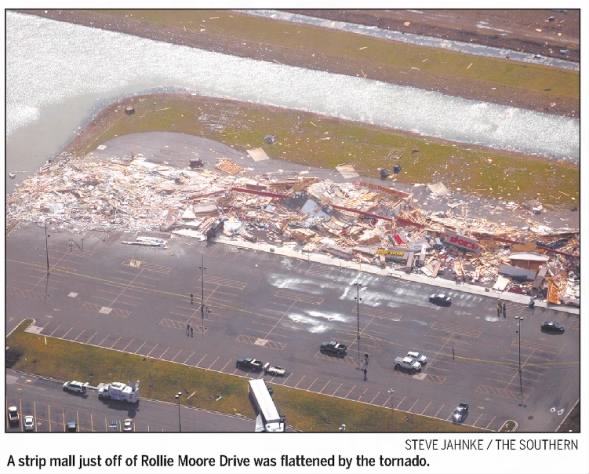 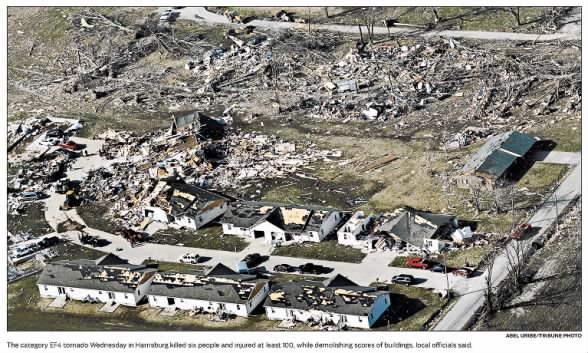 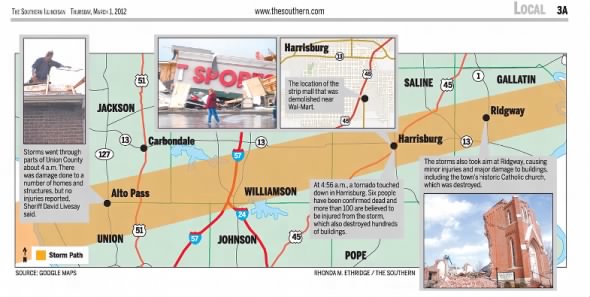 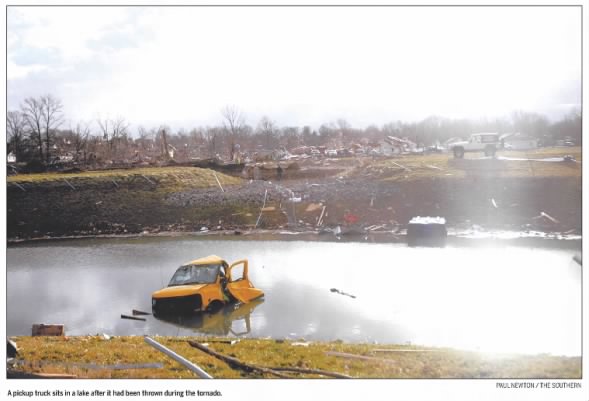