Nine tornadoes are found in the SPC Database for July 21, 1983. The strongest was rated F3 in Ocean County, NJ.  The deadliest though was an F2 that briefly hit the northern parts of Hartly in Kent County, DE.  Two women were killed in separate mobile homes.  The tornado moved for about 1 mile parallel to Route 44.  Several homes and barns were damaged.  I found newspaper articles that described vehicles blown off of roads.  Part of a chicken house ended up in a neighbor’s garage. 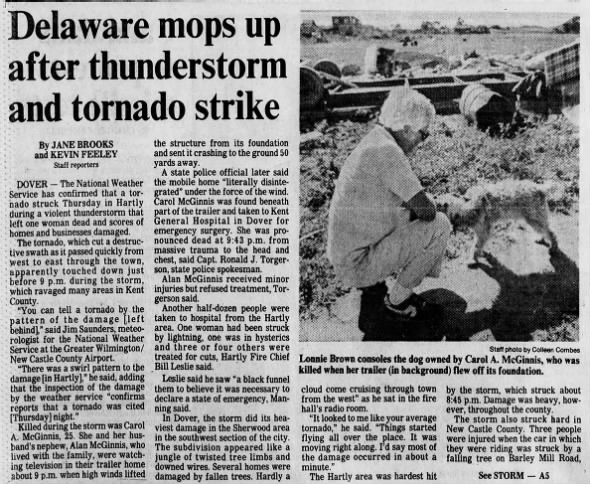 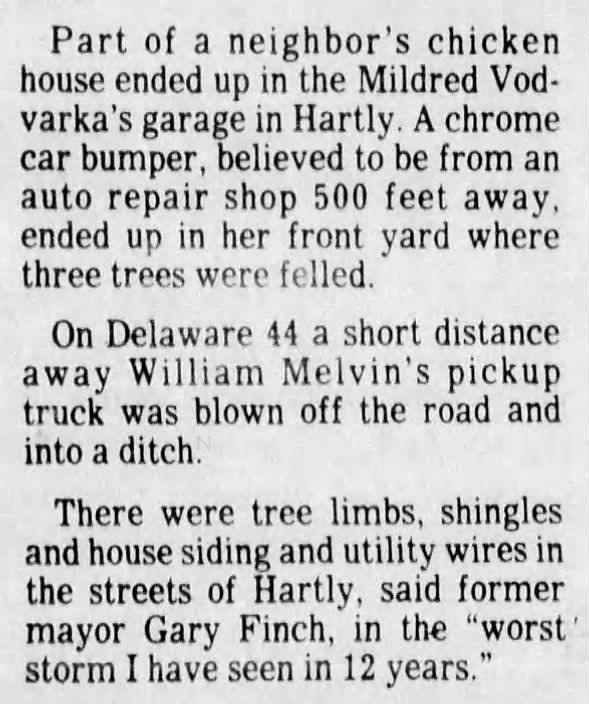 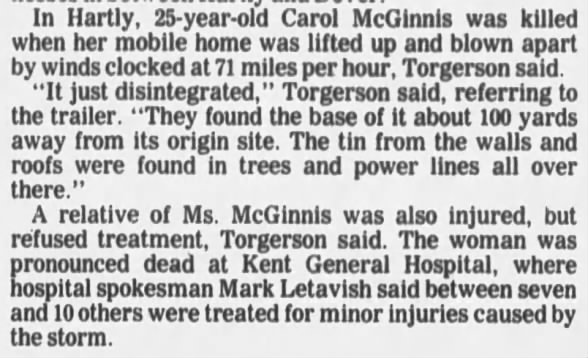 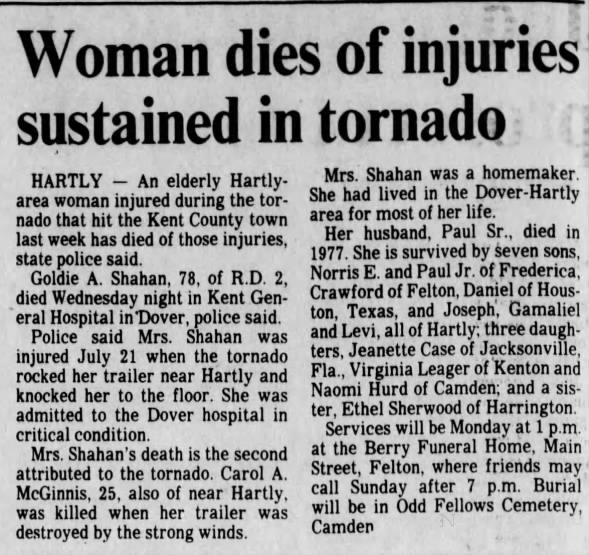