An EF4 tornado tracked 21.65 miles through Lamar, Forrest, and Perry Counties in Mississippi on February 10, 2013.  Per the NWS Survey, the tornado reached maximum intensity with winds near 170 mph, just SW of Oak Grove High School in Lamar County.  A brick home in a subdivision just west of Old Highway 11 was completely leveled with all interior and exterior walls down, and a fair amount of debris was blown downstream.

Here are additional details about this tornado:

It developed along Highway 589 in Lamar County.  Initial damage was mainly to small trees. The tornado intensified quickly, with significant damage reported in the West Lake Serene area.  It then moved into the Oak Grove area, hitting a subdivision.  This is where the brick home was demolished.  Several other homes in the subdivision sustained EF2 and EF3 damage.

The tornado continued a trek to the northeast into the heavily populated areas of West Hattiesburg.  Numerous homes were destroyed, and the survey found high-end EF3 damage with some homes.  Dozens of power poles were snapped.  The NWS summary states that video evidence and ground survey damage indicated that the tornado was multi-vortex at this time. An apartment complex had significant roof damage just west of I-59.  Lamar County Emergency Management reported 51 homes were destroyed, with 170 suffering major damage.

The tornado moved into Forrest County just to the south of Hardy Street.  Numerous homes had damage in the EF2/EF3 range.  The southeast corner of the University of Southern Mississippi was hit.  Damage occurred to several campus buildings and a large church.

As the tornado crossed Highway 49, it hit multiple neighborhoods.  Roofs were blown off many homes, and trees fell on houses and vehicles.  At North Main Street, significant damage occurred to the Red Cross Building and Girl Scouts Building.  Large metal poles were bent at the Hattiesburg High School athletic fields.  Several brick buildings were hit on east 7th street.  The survey noted, “damage in the area between North Main Street and East 7th Avenue was in the high-end EF-3 range with maximum winds around 160 mph.”

The tornado moved into the Petal community bringing significant damage to an Ace Hardware store, and several homes had their roofs torn off and lost their exterior walls.

Northeast of Petal, the tornado began to weaken.  There was some roof damage and snapped trees.  In a neighborhood off Twin Lakes Road, the tornado strengthened a bit, causing significant roof damage to several homes.  Forrest County emergency management noted that 133 homes were destroyed in the county, and 207 had major damage.

The tornado moved into Perry County for 1.8 miles and went through a weakening trend.  It dissipated east of Corinth Church Road in a wooded area. 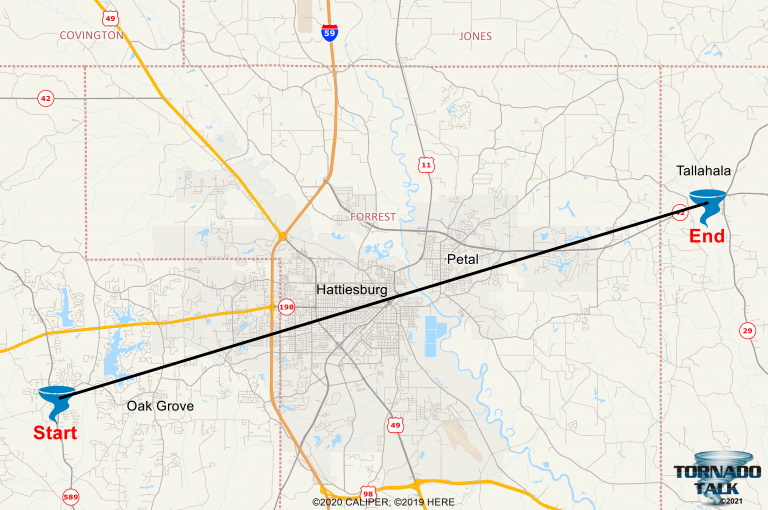 Radar and Damage Photos from the NWS Jackson Summary/Damage Survey

@JimCantore His stream is out for me, but this is the last image I'm seeing. That's horrible. pic.twitter.com/kvI4mTf8 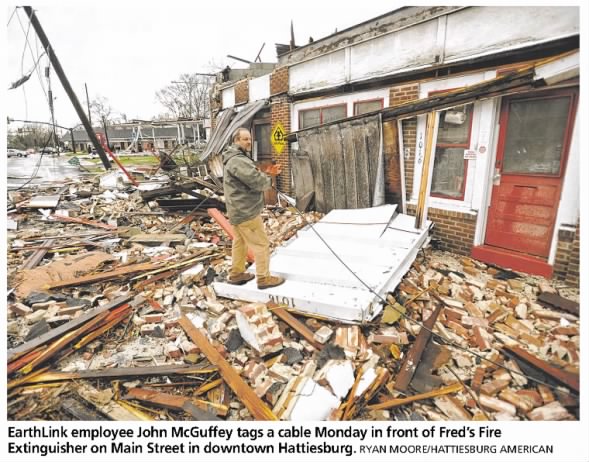 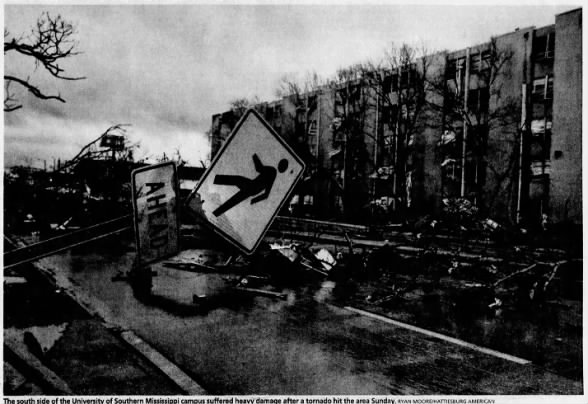 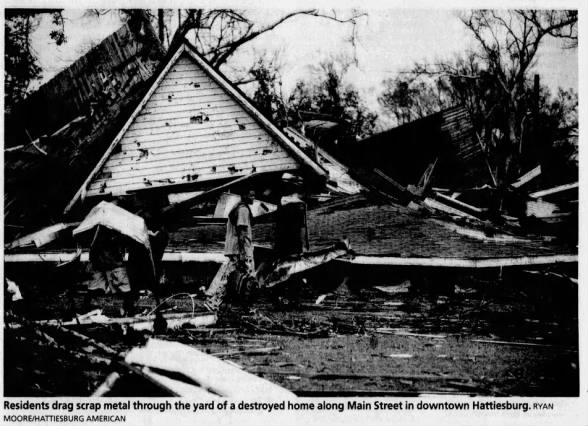 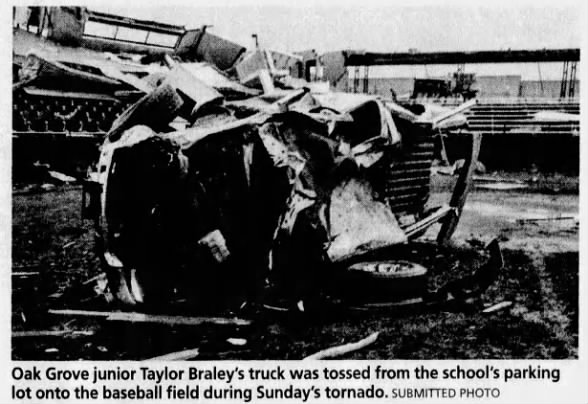 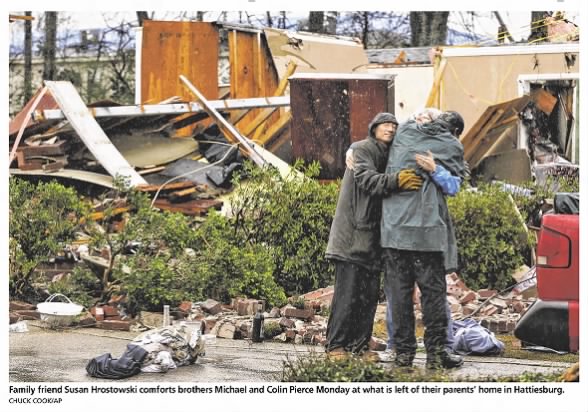 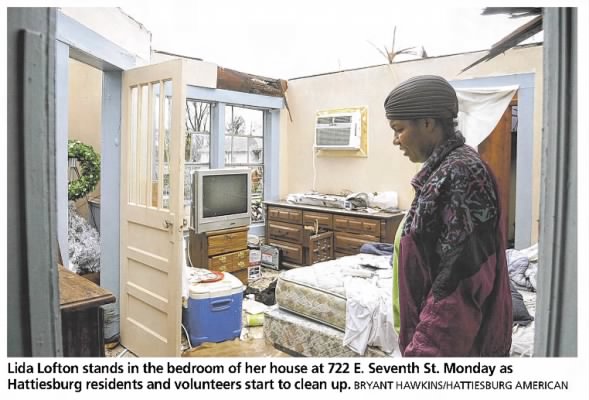