Going WAY back with this tornado summary:  September 25, 1900. Information for this event came from the following resources:

Newspapers.com is such a wonderful resource.  I was able to pull up several articles from papers across the country from 1900 and find information on this event.

Per an article from September 26, 1900 in The Daily Times (Davenport, IA): The names of the 2 children killed:  George and Elmo Lovelady (ages 3 and 2).  They were sons of John Lovelady, owner of the Hotel Hutson.  John and his wife were injured.  W.H. Robinson and his wife had a “miraculous escape.”  They had a sleeping apartment at the depot.  “Huge timbers fell on to them, but they protected them from the falling chimneys.”

I found an article from The Des Moines Register from September 28, 1900. In a section called “The City In Brief”, it had a blurb about someone from the Weather Bureau investigating this tornado.  He agreed there was a tornado but it “traveled high and barely touched at Ferguson.”  Here is the blurb: 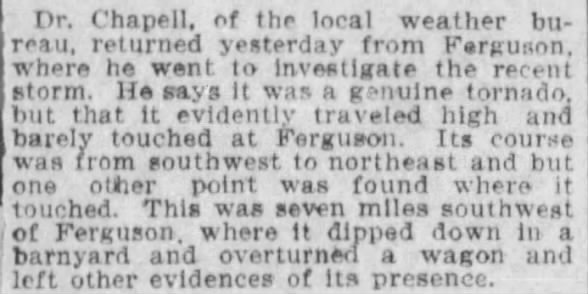 What is interesting is that I found illustrations reproduced from photographs taken by a D. Chappel of the Weather Bureau in The Des Moines Register.  It was published October 7, 1900.  It was imagery “of the wreck left by the tornado at Ferguson, Iowa.”  These photos were taken the day after the disaster.   I have included the photos in the newspapers section.  So, there is conflicting reporting here of Dr. Chappel’s opinion on this tornado.  And there is a conflict on how to spell his name 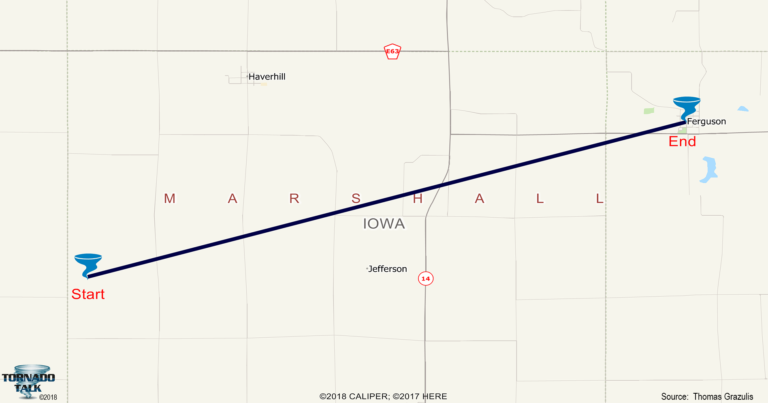 Since we don’t have official coordinates, I used the information from Thomas Grazulis to map the tornado track.  He stated the tornado moved to the ENE from 3 miles SW of Haverhill to NW Ferguson.  There is no mention of damage beyond Ferguson so I ended the path there.  Note:  Exact tornado path may not be straight and/or continuous. 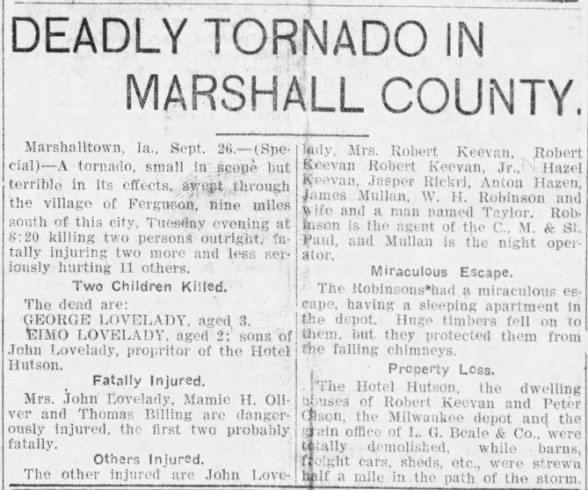 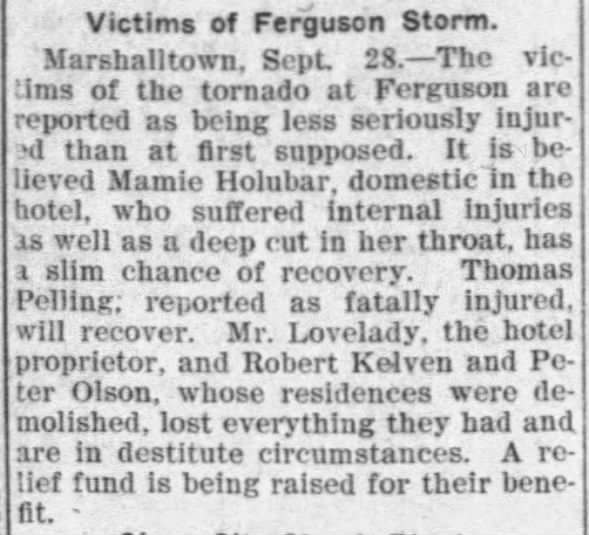 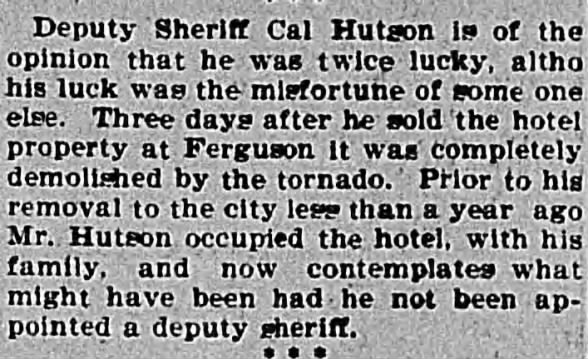 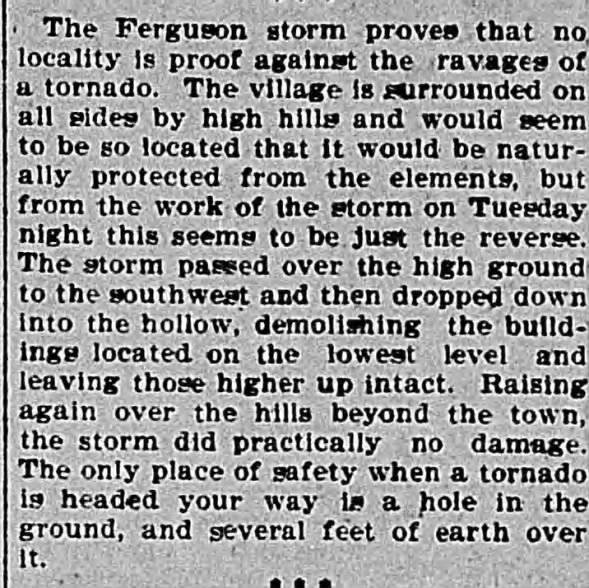 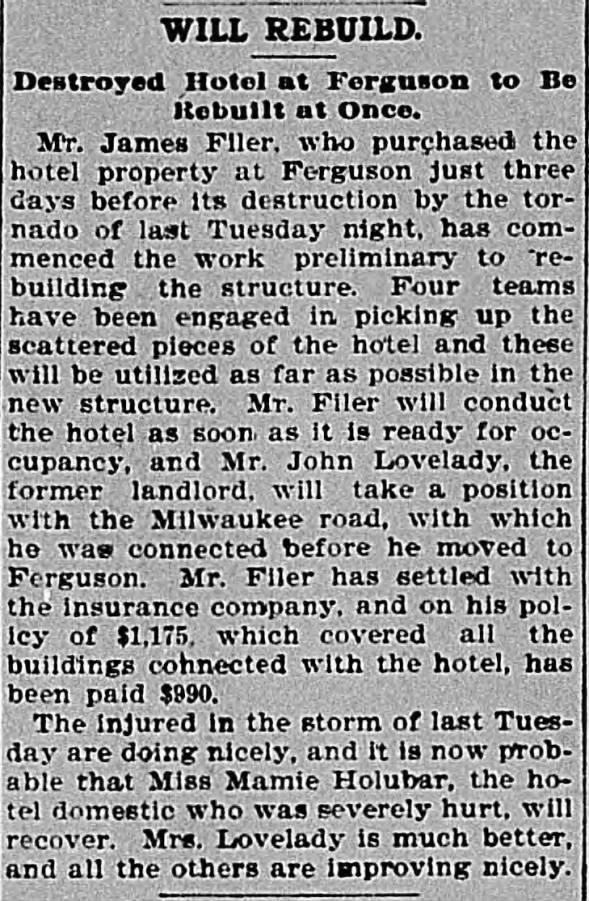 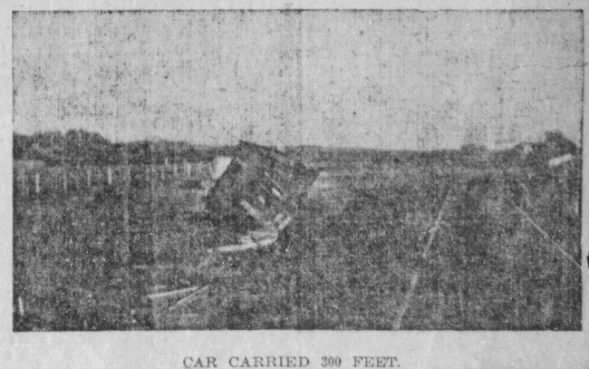 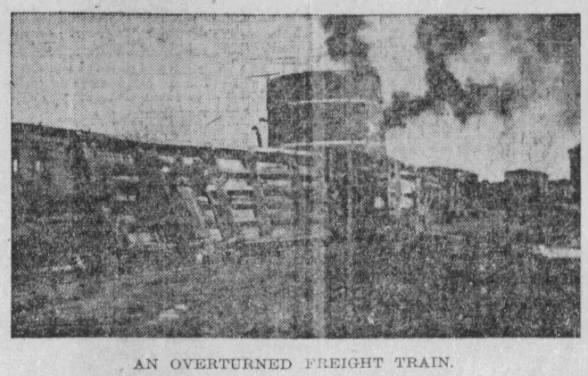 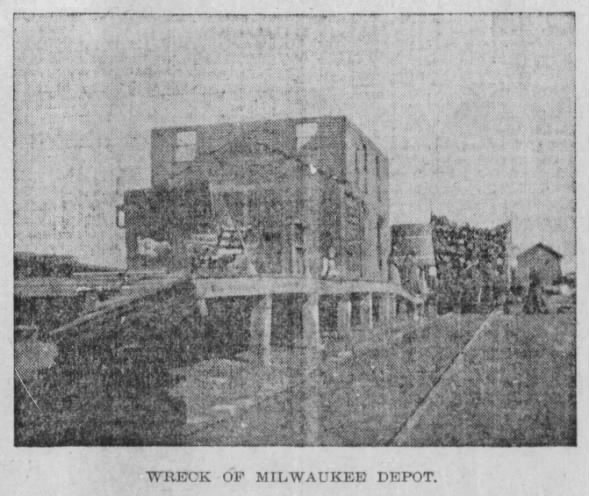 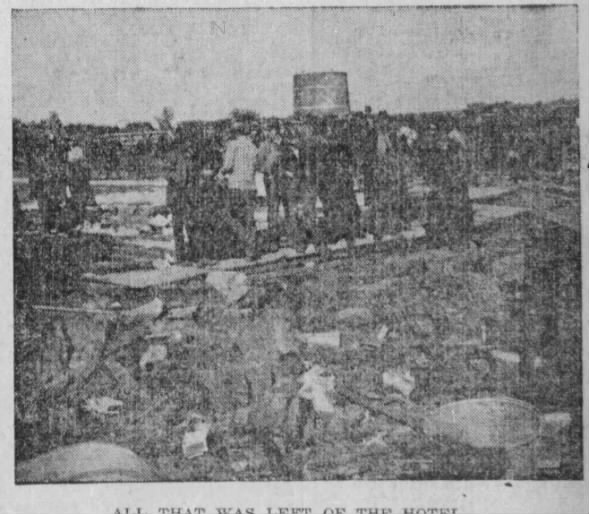