This was a bit of a challenging event to determine the exact path of this tornado and what counties and towns should be included.

The SPC Database lists 2 tornadoes on July 7, 1955, both in Minnesota.  An F1 in Lincoln County and an F4 in Lyon County.  The F1 path length is only 0.1 miles and there is only a beginning latitude and longitude given.  The F4 path length is 30 miles and only the beginning lat/lon is given. So unfortunately I can’t create an official map with SPC coordinates.

Thomas Grazulis in Significant Tornadoes mentions both Lincoln and Lyon Counties and states the tornado “moved ESE from 1 mile South of Hendricks passing 2 miles North of Arco.   That would keep the entire path in Lincoln County.

I have plotted on map the towns of Hendricks, Arco and Marshall and added a point 11 miles West of Marshall.  My best guesstimate is that the tornado did track from near Hendricks in Lincoln County and ended west of Marshall.  Did this tornado impact Arco or was it a second one that caused damage there?  I am not sure.  The data is incomplete.

Regardless of all of that, this was a devastating event with a 2-year-old boy losing his life west of Marshall and several farms were leveled.  Per Grazulis, “damage reached near-F5 intensity near the end of the path.”

CDNS has one listing for 2 tornadoes.  The location is Lincoln and Lyon Counties.  Here is the full summary: 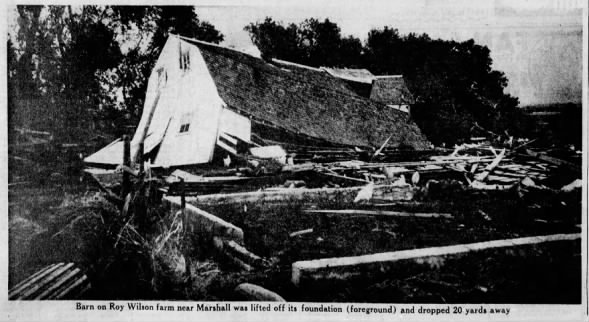 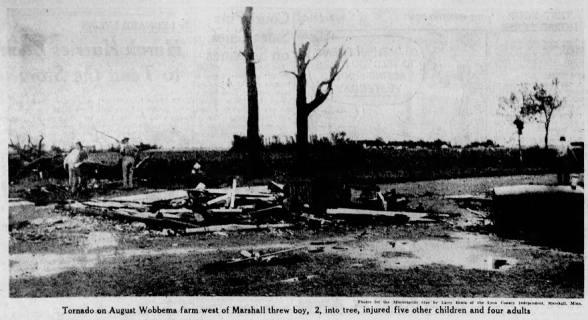 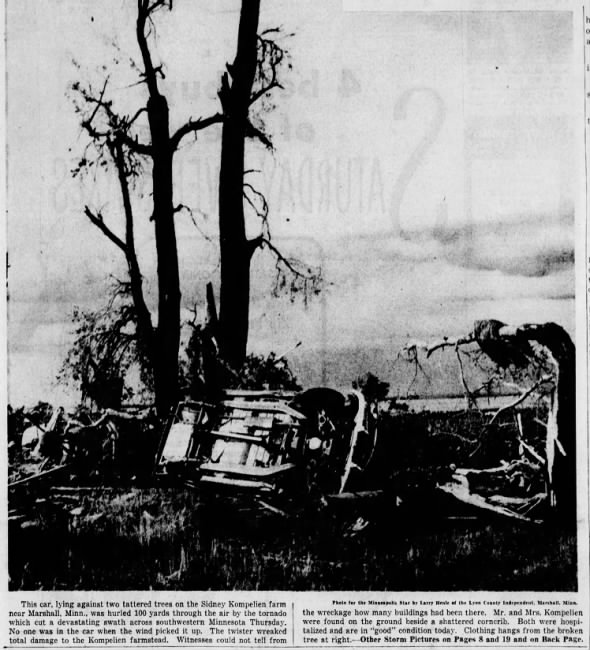 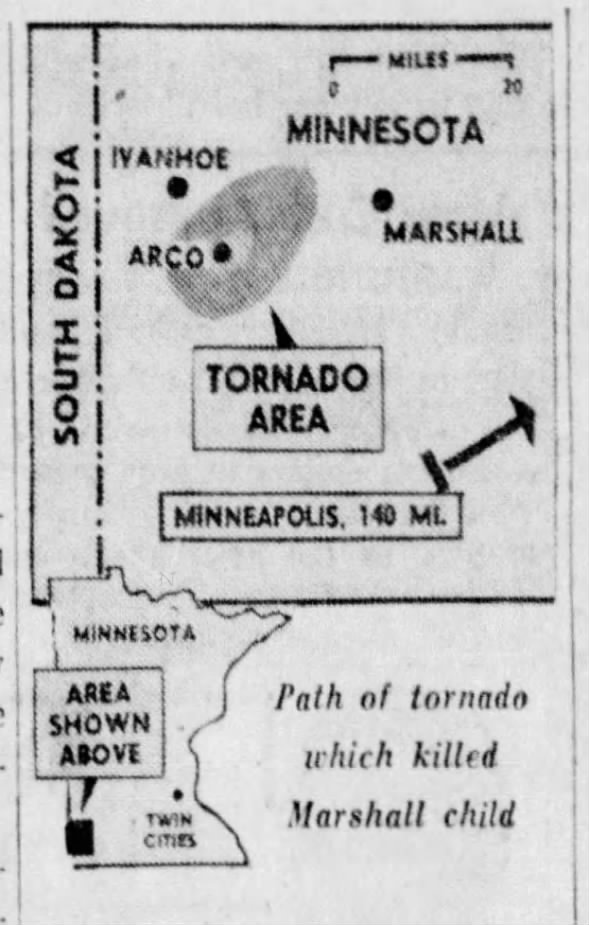 We gathered information for this event from the SPC & NCDC Databases, the July 1955 Climatological Data National Summary (CDNS) and Thomas Grazulis in Significant Tornadoes and found the following differences: