Nine tornadoes occurred on March 31, 1959. 6 were in Oklahoma, 2 in Texas, and 1 in Arkansas. One of the strongest, and the deadliest, was given a rating of F4.  It moved 10.4 miles through parts of Hill County, TX.  There were 6 fatalities.  There may have been a seventh death.  I did find newspaper articles that state a woman died from her injuries from this tornado, making that the 7th person killed.  I have attached one of those articles in the newspaper section below.

This tornado moved from the SE edge of Vaughan to about 8 miles north of Bynum.  Per Storm Data, “Vaughan was almost completely destroyed.”  100+ buildings were damaged or destroyed.  Per Grazulis, “five deaths were in four homes that were leveled to the ground.”  Several homes and a tourist court were badly damaged at Lake Whitney.  As the tornado moved across the Waco-Hillsboro Highway 5, five miles south of Hillsboro, a car was picked up and thrown 100 yards.  The occupant was killed, and 2 others were injured. 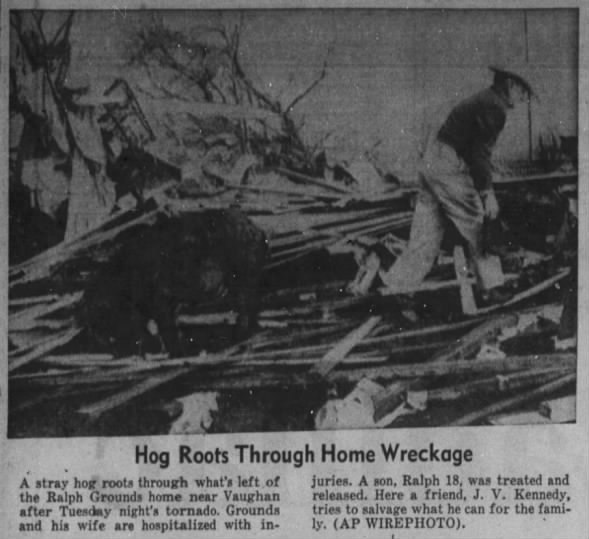 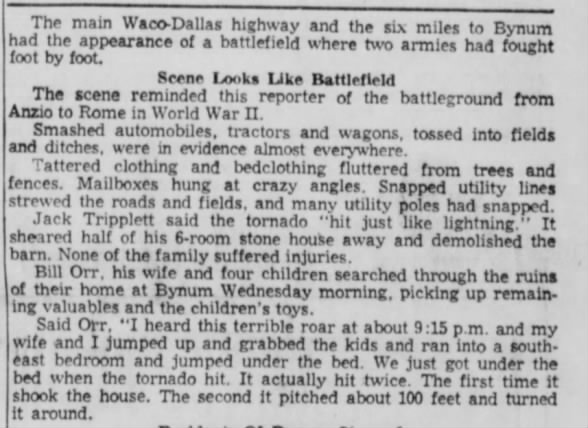 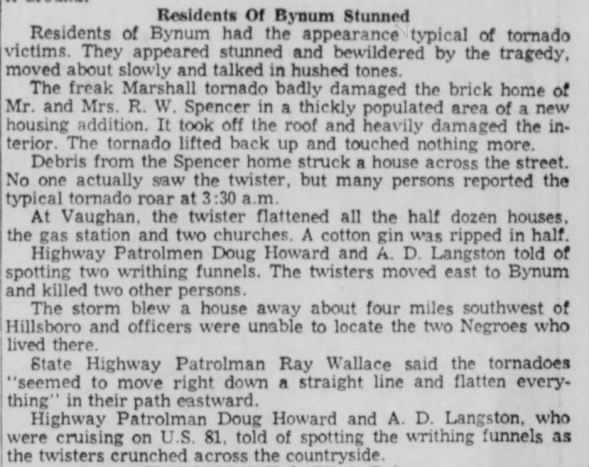 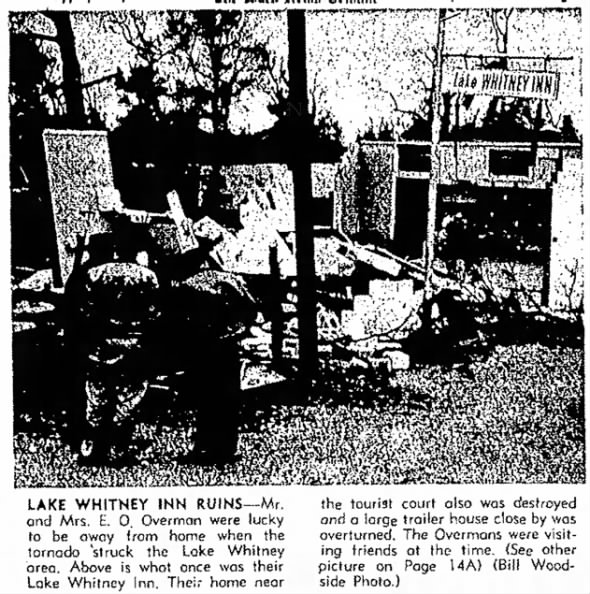 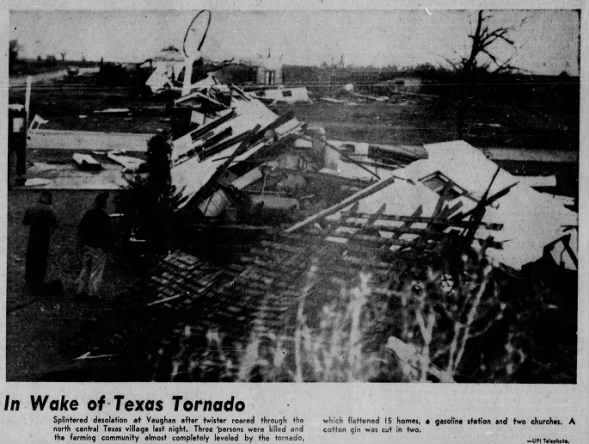 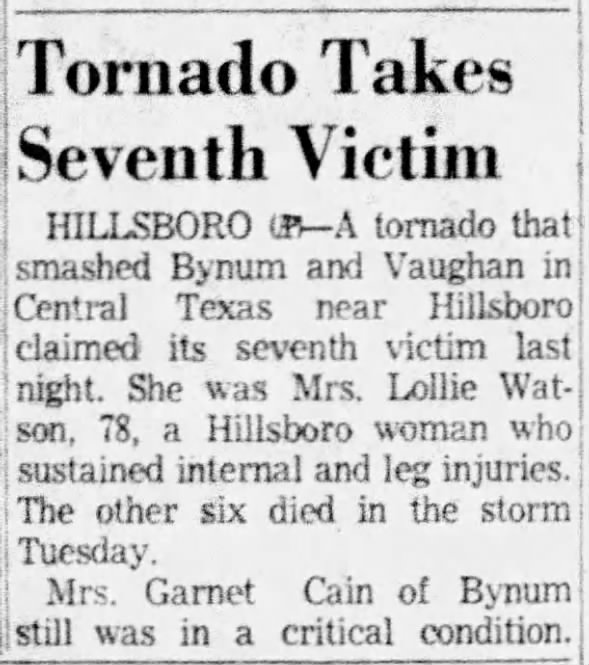 We gathered information for this event from the SPC & NCDC Databases, the March 1959 Storm Data Publication and Thomas Grazulis in Significant Tornadoes and found the following differences:

The city of Bynum is mentioned as having damage per Storm Data and newspaper articles.  Grazulis mentions that path moved to about 8 miles north of Bynum.   The official plot though has the path west of Bynum.   The ending point may be incorrect.