Severe thunderstorms produced seven tornadoes across parts of Georgia on January 2, 2006.  Here is a radar loop of the event from the NWS Peachtree City:

This summary details the strongest tornado of the day.  It was given a rating of F3 and moved due east about three miles across parts of Pike County, GA.  It developed one mile SE of Hollonville and ended four miles east-southeast of town.  Five homes were destroyed.  One home was moved 60 feet from its foundation.  There were two vehicles thrown 250 yards.  Several farm structures were damaged and many trees and power lines were brought down.

The Storm Data entry denotes the following details about the three injuries reported:

They also mention that family photographs from one of the destroyed homes was found near Williamson, near the Spalding County line.  That is approximately six miles from where the tornado tracked. 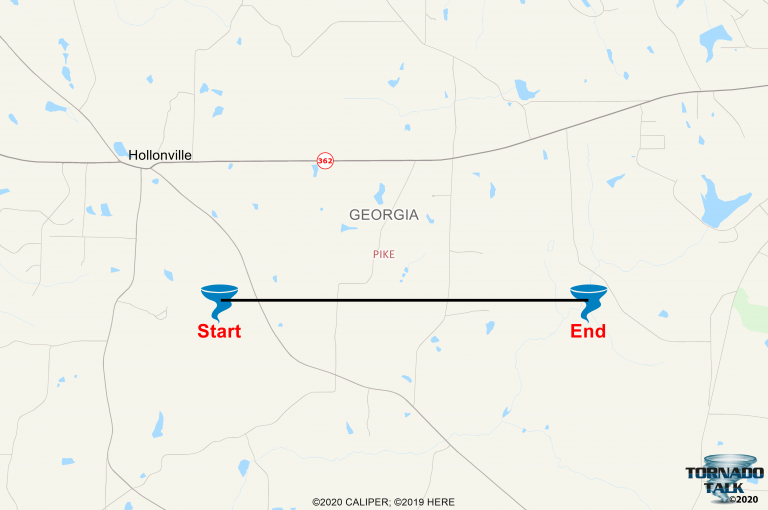