Corrected coordinates based on aerial and satellite imagery:

During the afternoon of April 27, 2011, an intense tornado moved close to 8 miles in 8 minutes across parts of Fayette County, AL. EF3 damage was found at a home along County Road 49 north of Hubbertville.

This tornado began 5.5 miles south of Bobo at 6:02 pm CDT. It quickly attained a maximum width of 990 yards (0.56 miles), uprooting numerous trees in the Fayette Experimental and Demonstration Forest owned by Auburn University. About two miles northeast of where it started, the twister crossed US Highway 43 as an EF2. It continued to intensify and produced a complete swath of snapped and uprooted trees.

The tornado may have reached maximum intensity when it crossed Jackson Robertson Road. A 50-yard wide streak of intense damage developed within the larger vortex. Very young pine trees were flattened and destroyed, which are usually very durable against tornadic winds. Some loose dirt was ripped up and plastered against these trees. The nature of this damage is often associated with violent tornadoes, but the small intense swath never struck any buildings and dissipated quickly.

Pockets of intense blowdown persisted for several more miles. Six homes were struck along County Road 49, about 1.3 miles north of Hubbertville. Four homes sustained some shingle damage, and a fifth lost some of its roof structure. The sixth was struck squarely with winds estimated at 145 mph (EF3). Only interior walls remained of that structure with the debris tossed several hundred feet. One mobile home just to the south along Monroe Road was crushed by a fallen tree.

The tornado weakened after this point but still caused significant roofing damage to a handful of homes along County Roads Berea and 129. The NWS Birmingham survey team submitted an eyewitness report on the Damage Assessment Toolkit (DAT) in this area. It stated that an eyewitness recalled, “seeing a wall cloud with a lowering to the north and a tornado to the south.” This would match radar data, which showed two circulations over this area. However, there is no evidence to suggest there were two tornadoes.

A final area of significant treefall occurred just east of Berea Road before damage became more sporadic. It shrunk to 1/3rd of a mile wide and crossed County Road 53, where several small outbuildings and a garage collapsed, and three homes lost shingles. The last damage was along County Road 24, about 1.9 miles SSE of Bazemore. A shed was destroyed, and several residences sustained very minor damage. The tornado dissipated immediately after at 6:15 pm CDT after a 9.66 mile track. Total damage costs from this event amounted to $3 million. 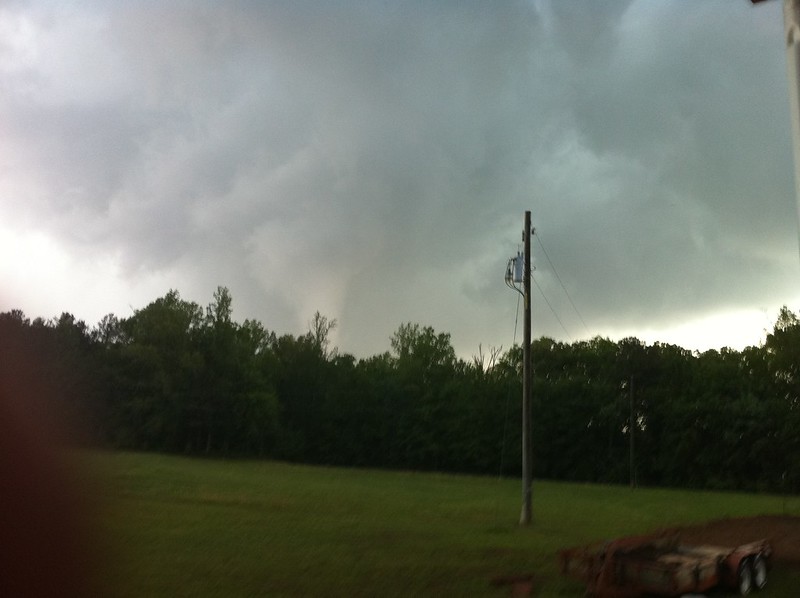 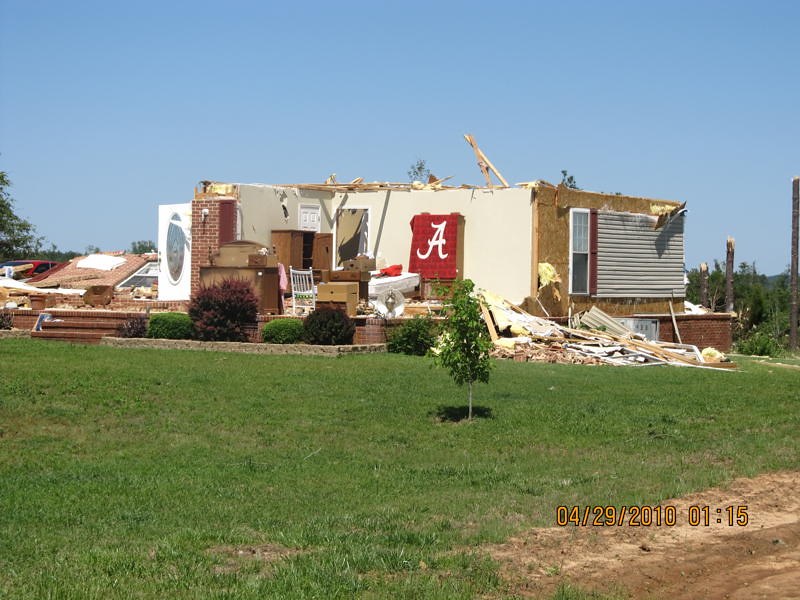 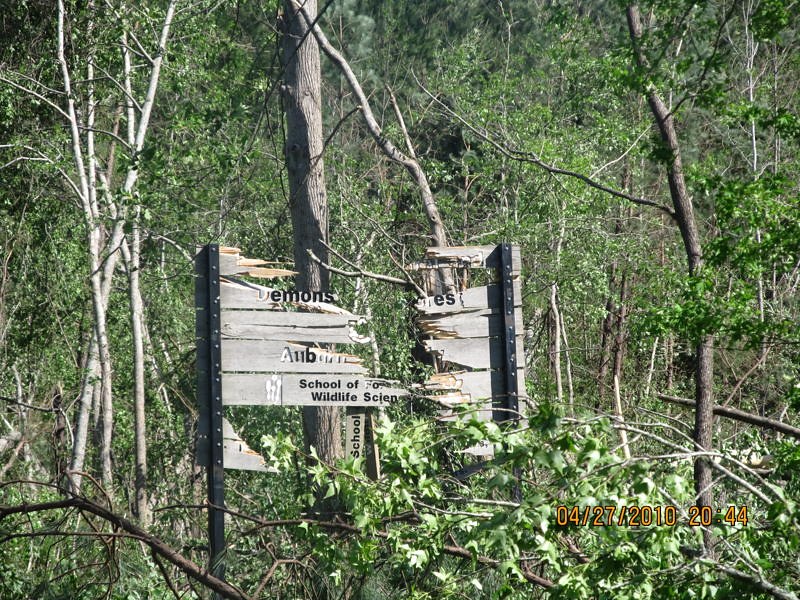 We gathered information for this event from the SPC and NCDC Databases, the April 2011 Storm Data Publication (SDP), the NWS Birmingham Event Page, and analysis of aerial and satellite imagery and found the following differences: