The Palm Sunday Outbreak of March 27, 1994:  It was a devastating day across the South.  Per the SPC, there were 29 tornadoes across 5 states: Texas, Alabama, Georgia, North Carolina, and South Carolina.  7 were rated F3, and 2 were rated F4.

This summary will review the second F4 during the Palm Sunday Outbreak of March 27, 1994. The first F4 that occurred was the deadliest of the day in Alabama.  Read our summary about that event here.

Summary information from the NWS Peachtree City and Thomas Grazulis in Significant Tornadoes:

This tornado began along Wax and Harmony roads in extreme SE Floyd County. 5-6 homes of mixed brick and wood construction had major structural damage.  The tornado moved to the northeast, passing 10 miles west of Cartersville.  Per the NWS summary, “residents along the damage path observed the sky to have a greenish-black color five minutes prior and during the tornado touchdown.”

The NWS survey determined that the tornado intensified, producing F4 damage as it moved NE between White and Rydal in NE Bartow County.  This is where the tornado hit the Indian Springs Subdivision along US Highway 411, 2.5 miles NE of White.  The greatest property damage occurred here.  5 two-story brick and wood homes were leveled, 8-10 received severe structural damage, and 12-15 had minor roof damage.

The tornado grew to a mile in width 13 miles NW of Canton in a heavily wooded area.  Thousands of 60-80 foot pine trees were uprooted at the base along this part of the path.  There were 2 fatalities in this area along GA Highway 140.  They were killed in their trailer.

10 mobile homes were severely damaged, 6 permanent homes had major structural damage, and 4 vehicles were damaged at the four-county border.

The tornado decreased in intensity producing F2 damage as it crossed the Cherokee/Pickens County line, 10 miles SW of Jasper.  There was tremendous damage to 10-15 chicken houses in rural southern Pickens County and 20-25 brick/wood homes.

A third fatality occurred in a trailer along Park road new GA Highway 5, 4 miles south of Jasper. The tornado lifted decreased after this point and lifted 6 miles ESE of Jasper.

Per the NWS survey, over 500,000 chickens were killed, and hundreds of trees downed.  Total agricultural damage was close to 10 million dollars. 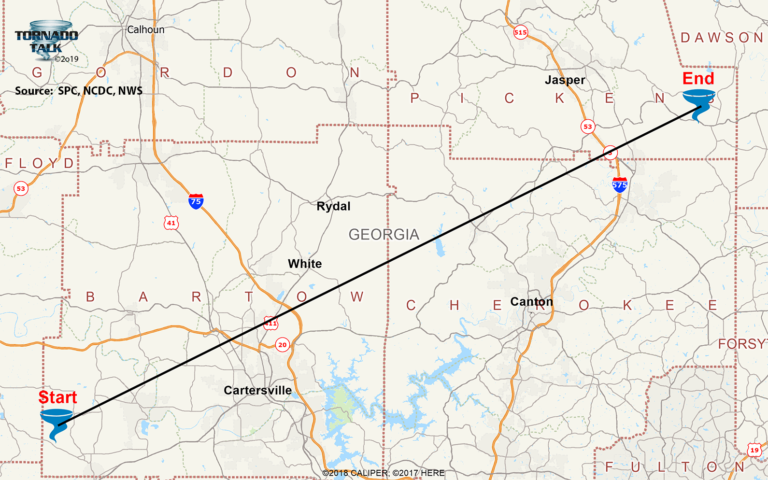 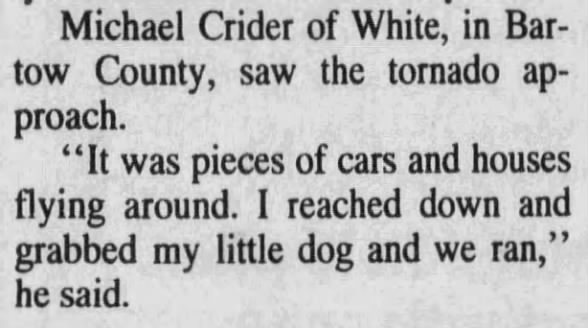 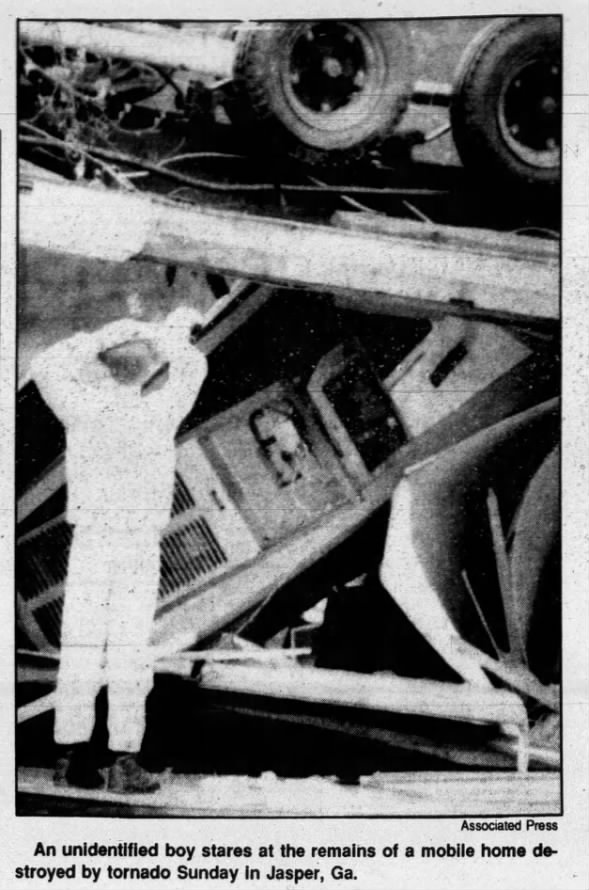 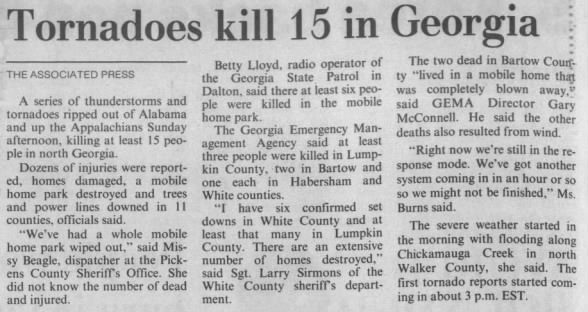 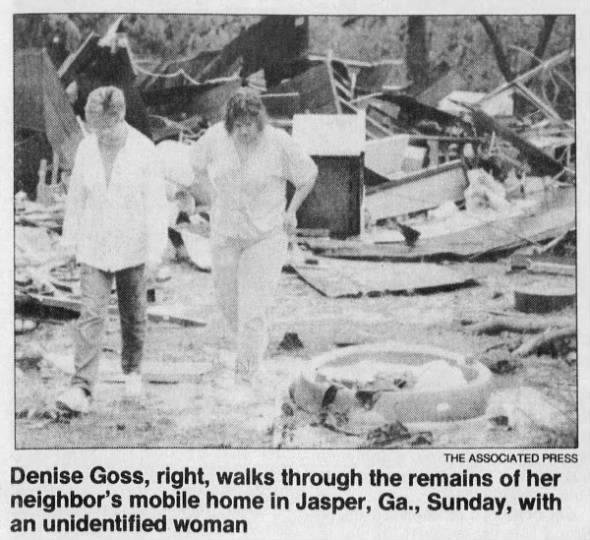 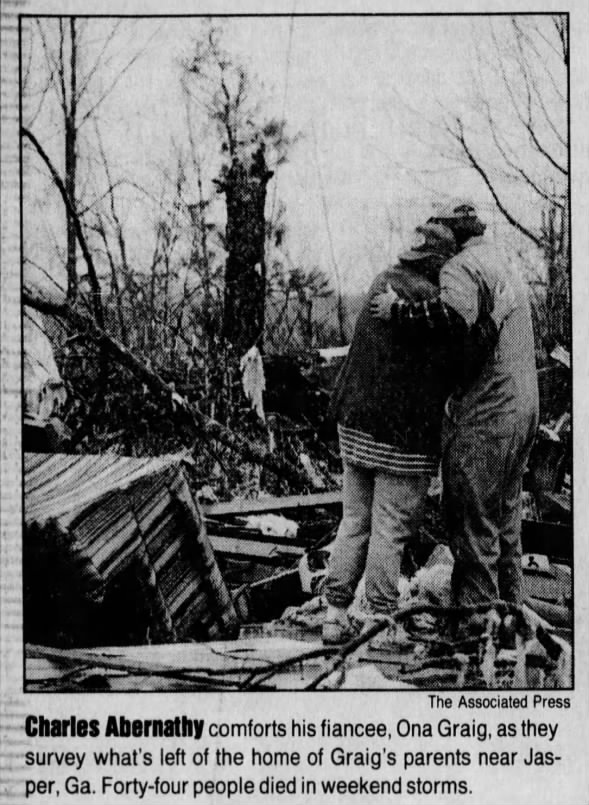 We gathered information for this event from the SPC & NCDC Databases, the July 1994 Storm Data Publication and Thomas Grazulis in Significant Tornadoes and found the following differences:

NOTE:  Found the Storm Data entry for this event in July 1994 Storm Data.  It was a late entry.