Forty tornadoes were confirmed on June 26, 1994 per the Storm Prediction Center Tornado Database.  One of the strongest pressed through parts of Southern Tennessee into Northern AL.

The tornado spend most of its time in Tennessee.  The total path length was 38 miles, 35 of which was in TN.  It began near the town of Lutts in Wayne County and moved southeast into Lawrence County.  It tracked through through Iron City and the St. Joseph area.  Approx. 75% of the buildings in Iron City were damaged and 19 people were injured.

The tornado moved into Alabama causing significant damage to more than 14 homes in the Mary’s Chapel area. 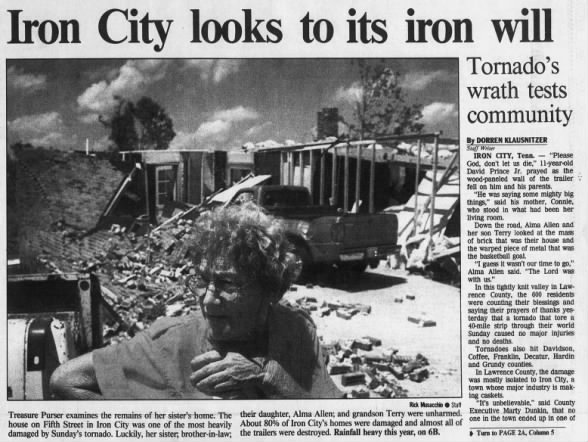 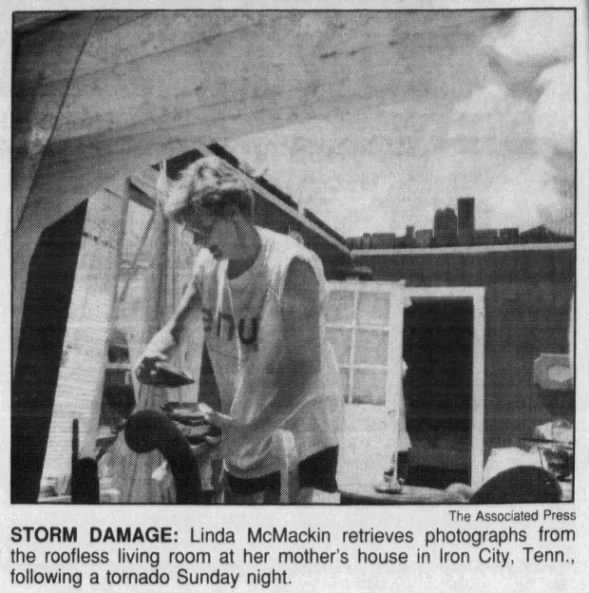 We gathered information for this event from the SPC & NCDC Databases, the June 1994 Storm Data Publication and Thomas Grazulis in Significant Tornadoes and found the following differences: