Today we look at a tornado produced by the remnants of Hurricane Gracie on September 30, 1959.  Per an overview from the Weather Prediction Center, Gracie became a hurricane on September 22 near the Bahamas.  It tracked into the southern coast of South Carolina as a major hurricane late in the morning of the 30th.

Per the Tornado Project Online, Gracie produced a total of 7 tornadoes. Four occurred on September 30.  There was an estimated F1 in Horry Corry, SC and 3 estimated F3 tornadoes in Virginia.  This summary looks at one of those devastating F3s that occurred in Albermarle County, VA.

The Storm Prediction Center (SPC) database and Storm Data entry have a path of less than one mile on this tornado.  Thomas Grazulis in Significant Tornadoes as a 4 mile path. I have based my map below on that path length and on his entry on how the tornado tracked.  The official SPC coordinates only have a beginning point and no end.

Per Grazulis, the tornado moved eastward from the Mechums River near Crozet to Ivy, 6 miles West of Charlottesville.  Two houses were destroyed at Crozet.  In Ivy, a devastating event occurred at a duplex that was used as the apple pickers’ bunk house.  10 members of the Ervin Morris family died at this location.  The victims ages ranged from 7 months to 48 years old. Here is a newspaper clip from the Daily Press in Newport News, VA of the funeral:

Another person died at a nearby house.  Mrs. Lilly Bruce was killed when a chimney fell on her.  Her husband and son survived.

I found a newspaper clip from October 23, 1959 from the Plain Speaker out of Hazleton, PA that stated that a paid-up bank note was carried from Mechums River, VA to near Lacy Springs, a good 50 miles away!

Based this map on Thomas Grazulis entry in Significant Tornadoes.  Moved East from the Mechums River near Crozet to Ivy, 6 miles West of Charlottesville.  Added a USGS overlay which shows the Mechums River more clearly east of Crozet. 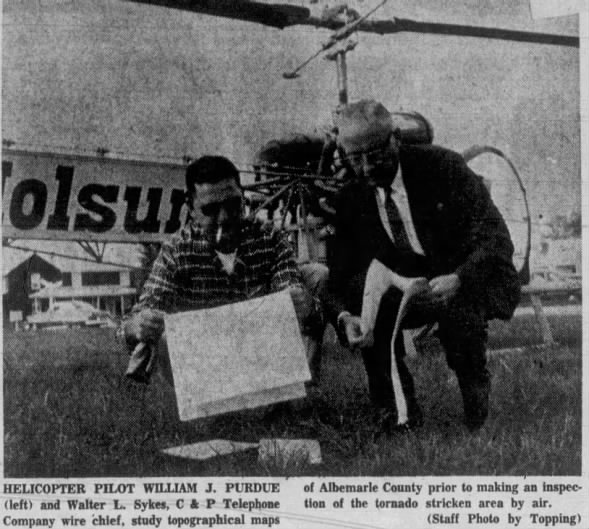 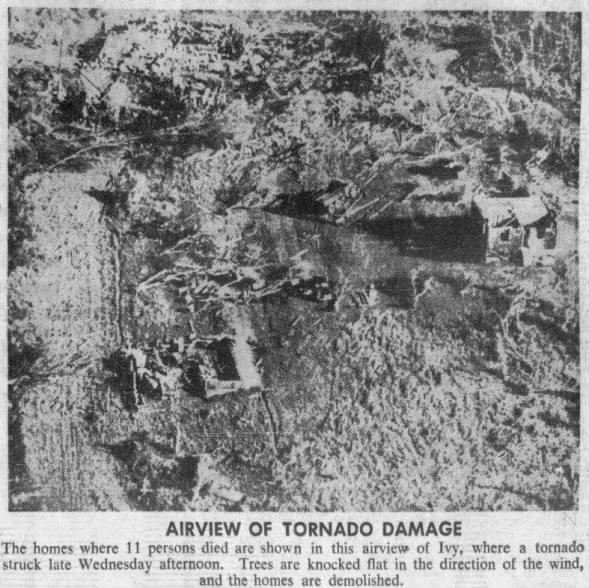 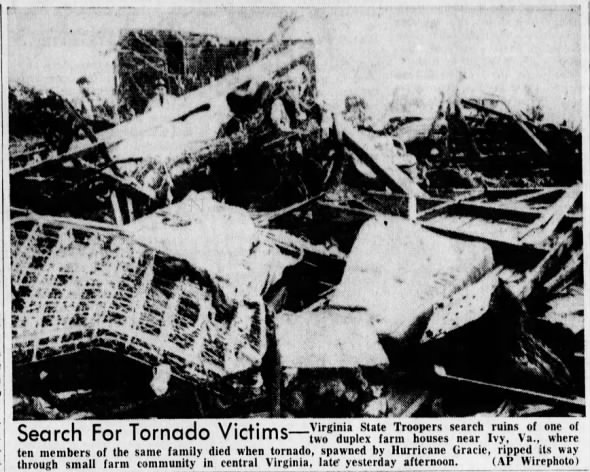 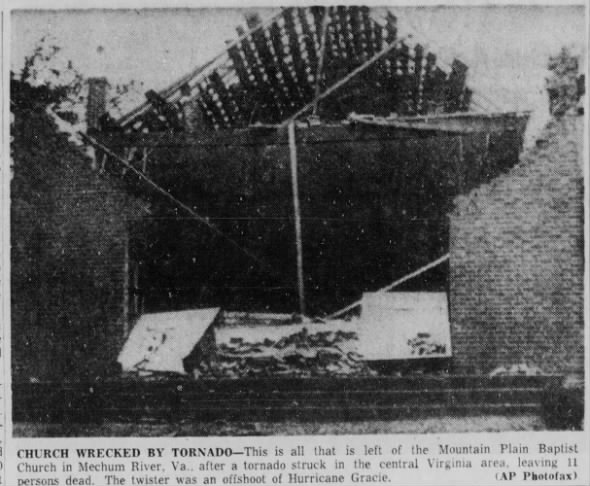 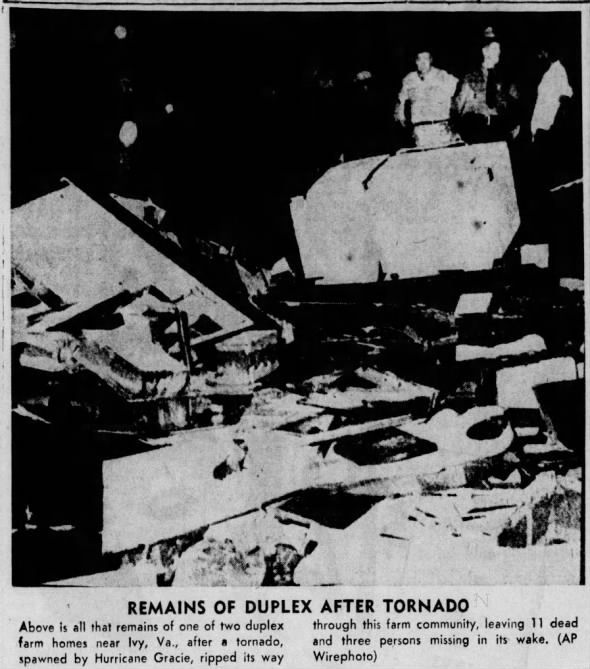 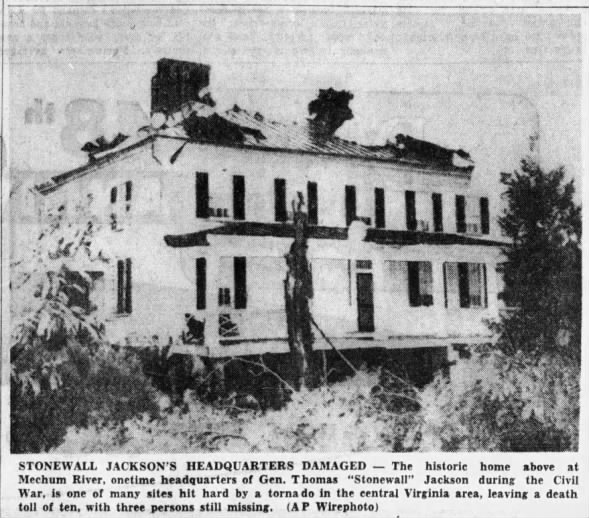 We gathered information for this event from the SPC & NCDC Databases, the September 1959 Storm Data Publication and Thomas Grazulis in Significant Tornadoes and found the following differences: