Twenty-two tornadoes were confirmed on January 17, 1999. They encompassed the states of Arkanasas, Mississippi and Tennessee.  The strongest were in TN with 2-F3s reported and the strongest and deadliest, an F4 that moved through parts of Madison County and the town of Jackson.

The tornado formed east of Bemis and tracked NE for 16 miles.  It trekked through the southern part of Jackson. The Hollywood Shopping Center had severe damage.  A funeral home near it was demolished except for interior rooms.  200+ homes were destroyed and 300 more had lesser damage.  One of the hardest hit subdivisions was Orchard Hill. 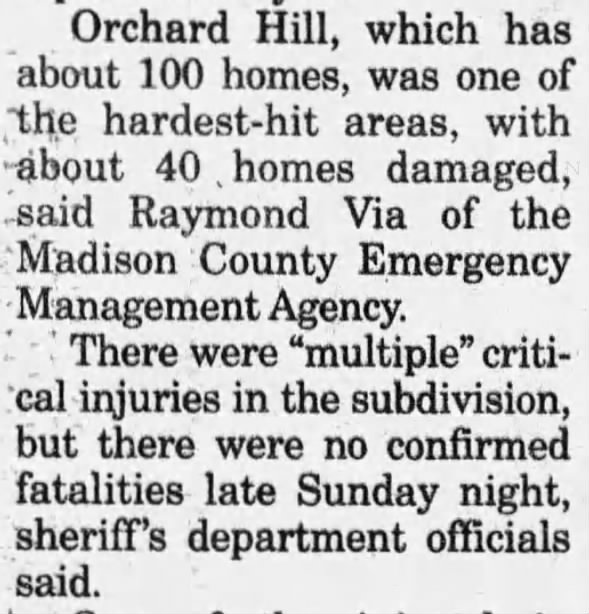 Ann Snider died at the Peoples Chapel Church on Grove Avenue. Bill Cantrell died in his trailer just down the road from the church. 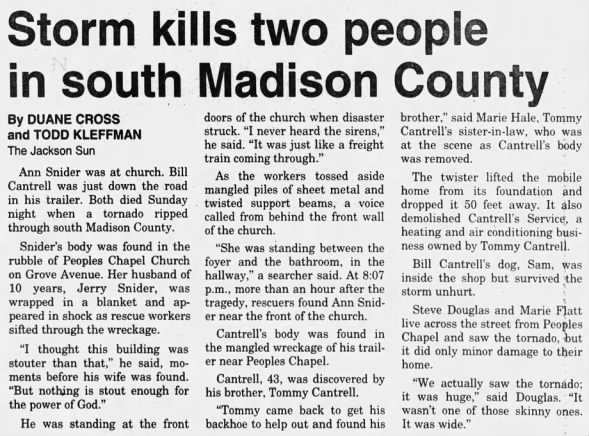 Linda Woodfin and her 9-year-old daughter Jessica were killed in their home in the Orchard Hill Subdivision.  A bus was thrown into their home. Linda’s 5-year-old son Billy survived. 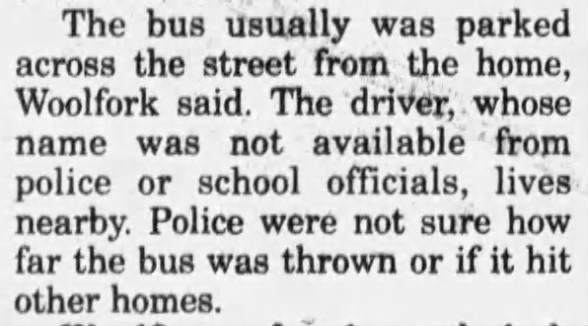 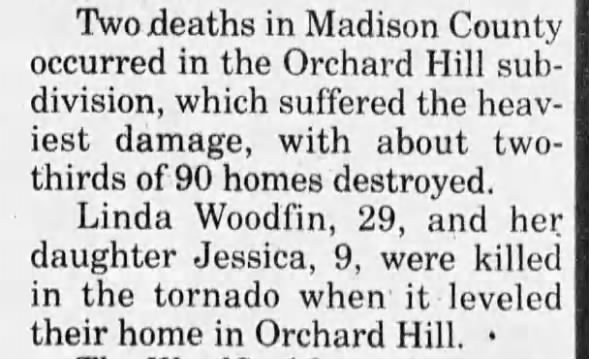 81-year-old Lura Dorris a member of First Baptist Church Jackson died from injuries sustained when the tornado hit her home. 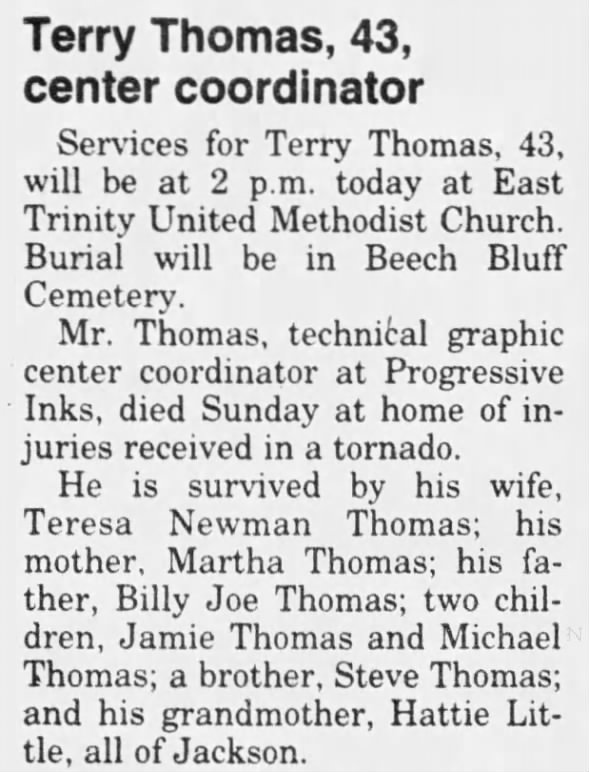 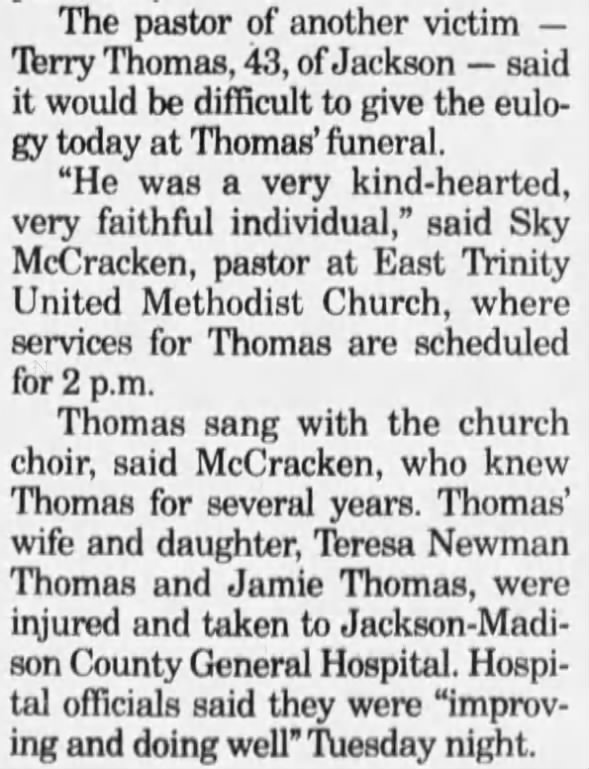 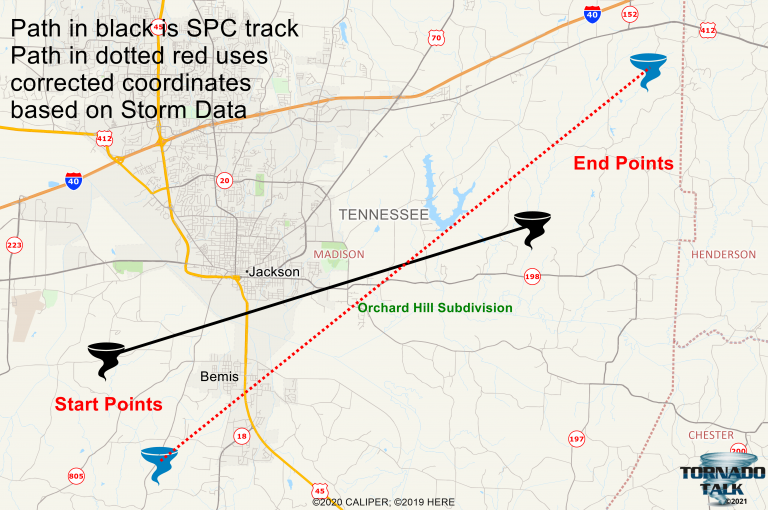 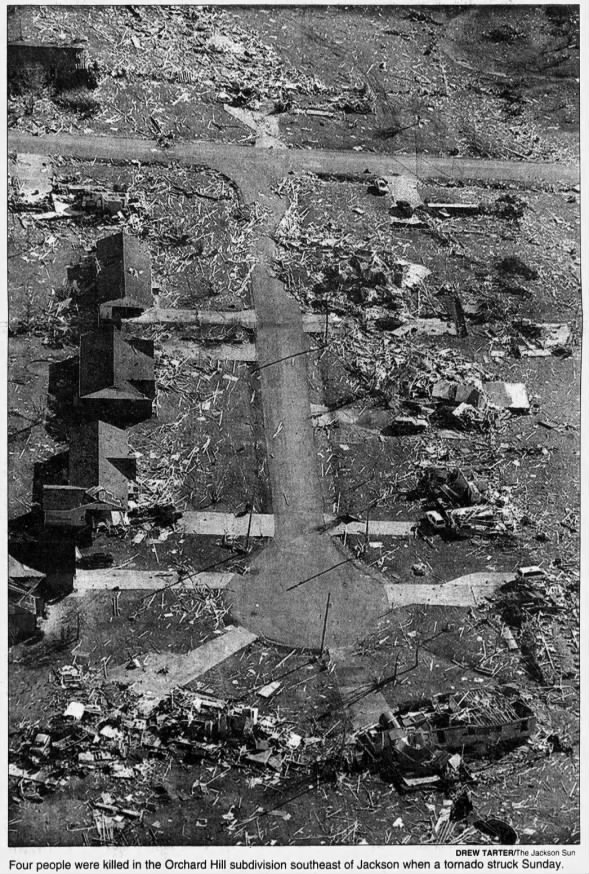 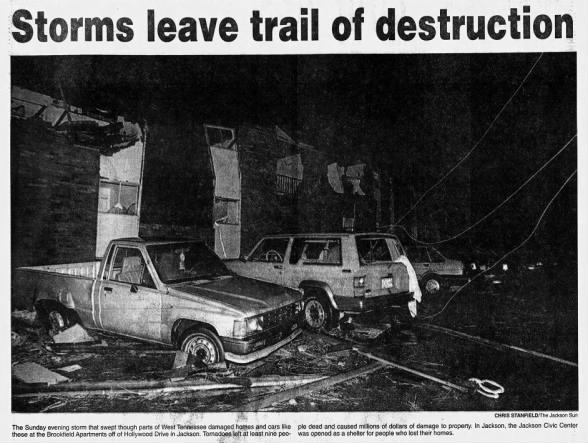 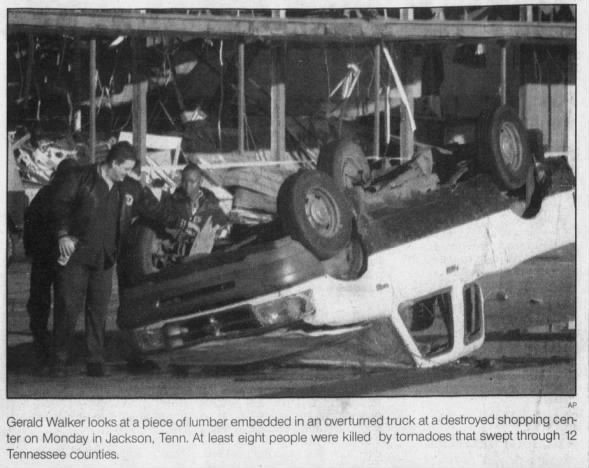 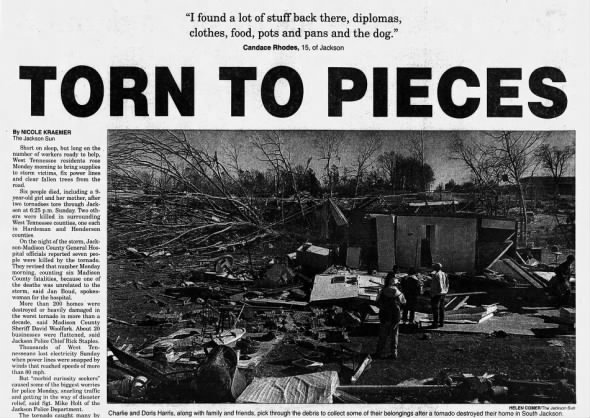 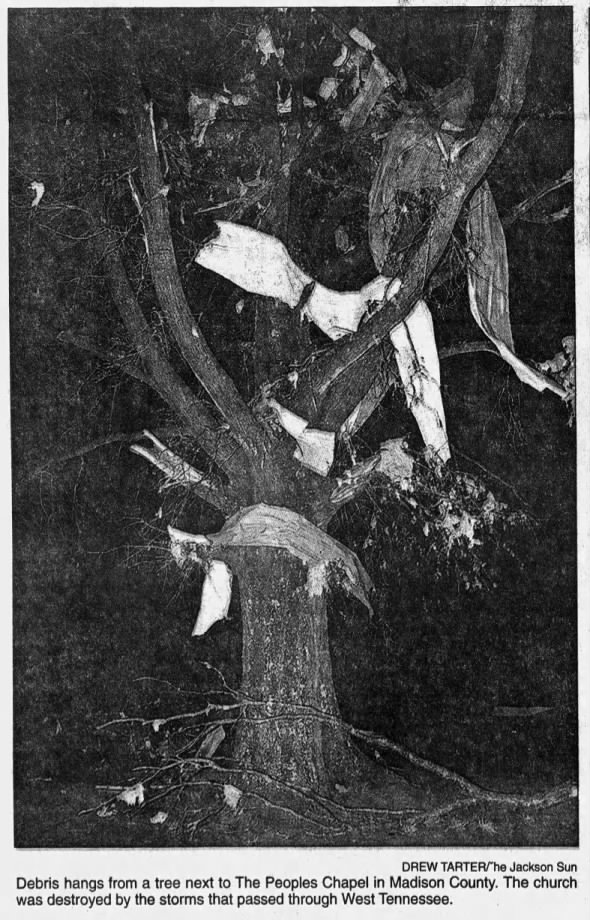 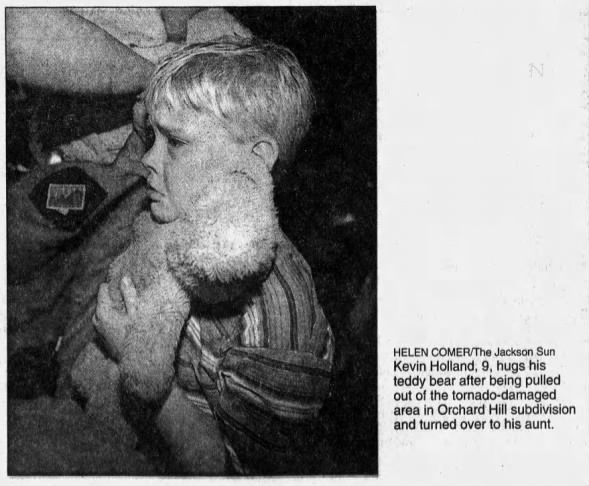 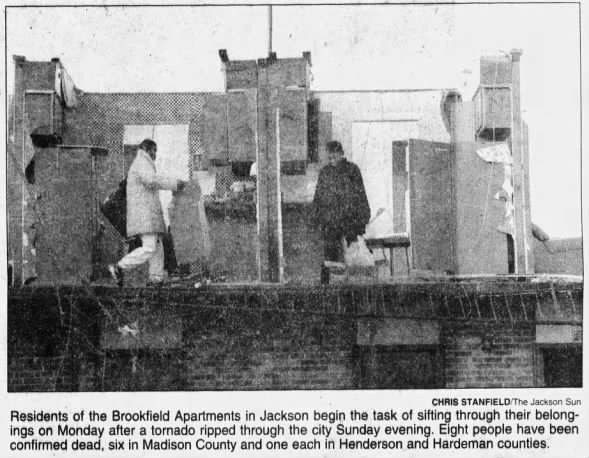 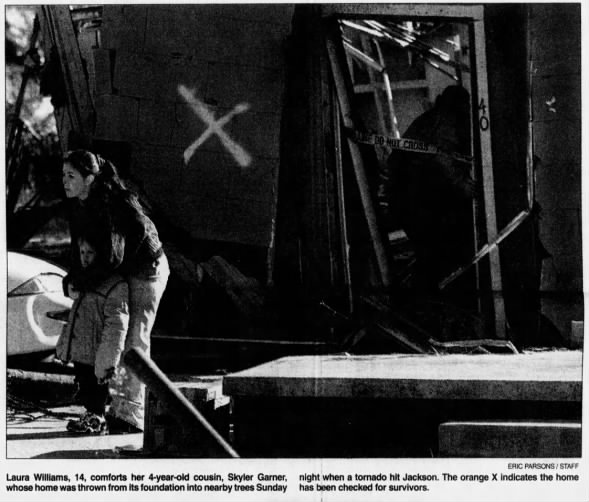