There were two confirmed tornadoes on July 2, 1986.  There was an F0 in Hitchcock County, NE and an F2 that crossed through parts of Onslow County, NC.  We will be looking at that F2 in this summary.

There were numerous storms across North Carolina on this day.  Several reports of non-tornado damage from straight line winds.  This appears to be a tornado that was embedded within a line that pushed through the area.

Most of the damage was done to the Triangle Trailer Park in Jacksonville.  A woman, her infant child and a 4-year-old she was babysitting died when their trailer home was flipped trapping them inside.  Ten mobile homes were destroyed.  Per the Storm Data Summary, the tornado hit the trailer park, lifted and then caused minor damage in the Hubert area. 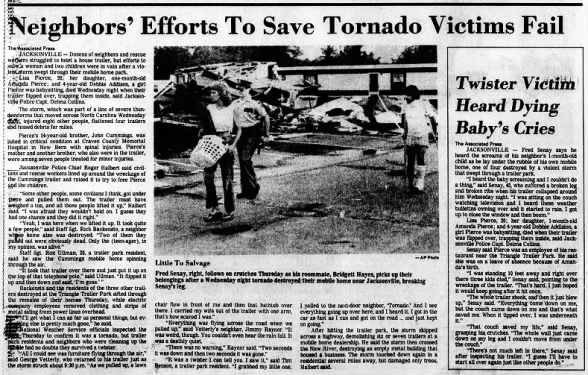 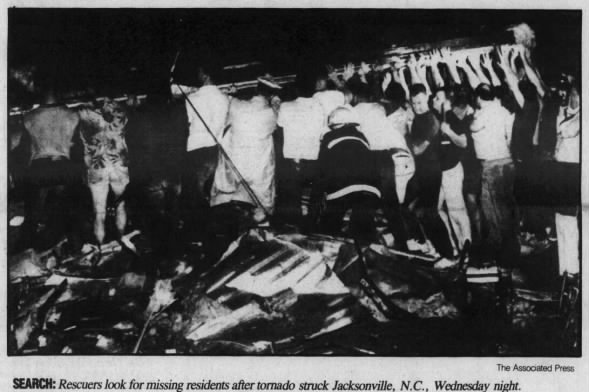 We gathered information for this event from the SPC & NCDC Databases, the July 1986 Storm Data Publication and Thomas Grazulis in Significant Tornadoes and found the following differences: