On This Day: January 3

Two F3 tornadoes occurred on January 3, 2000 in the state of Kentucky. They were both spawned by one long-track supercell. This summary looks at one of those significant tornadoes that moved through Daviess County, and the town of Owensboro. Read the full summary here! 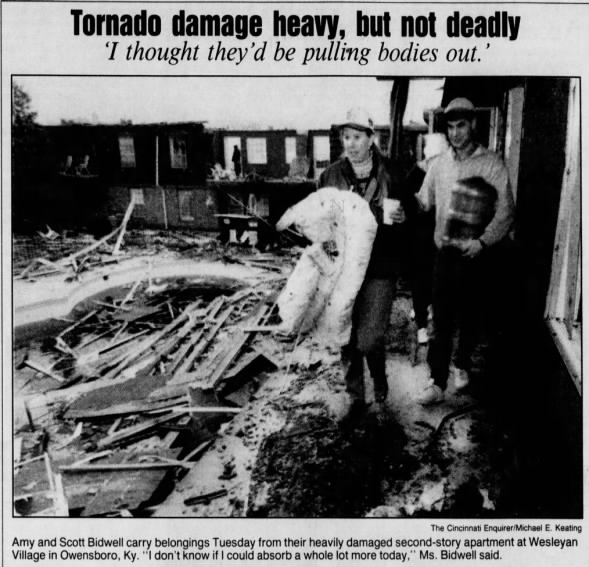 January 3, 1906: A possible F2 tornado moved along the northwest part of Albany, GA. “Dozens of homes were damaged or destroyed in a 12-block-section of town.” Four people were killed. There were in a rural home. A machinest died in the destruction of a chemical plant. 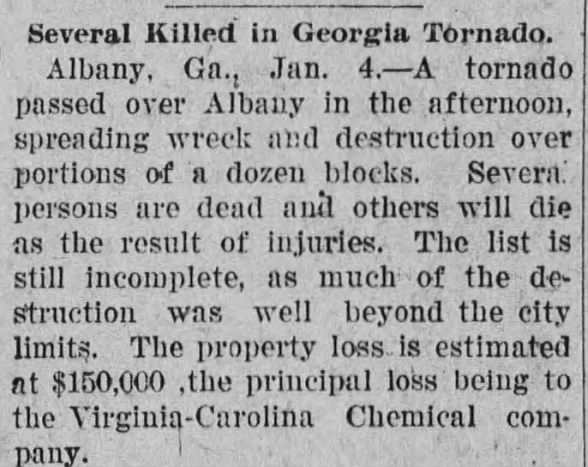 January 3, 2015: An EF2 tornado tracked for 8 miles across Jasper County, MS. 10 homes were destroyed, and many trees were knocked over. Source.

On this day in 1925, Benito Mussolini dissolves the Italian parliament and proclaims himself dictator of Italy, taking the title “Il Duce” (the Leader). Check out more historical events at onthisday.com!

On this day in 2004, After hosting the show for over 30 years, Casey Kasem gives up the hosting duties of “American Top 40” to Ryan Seacrest! Get more daily history at onthisday.com!

On this day in 1967, Having received a US army draft notice, Beach Boy Carl Wilson refused to be sworn in, saying he was a conscientious objector.  Get into the groove with more music trivia at thisdayinmusic.com!