On This Day: January 6

One tornado is listed in the SPC database for January 6, 1951. It tracked through parts of Rapides and Grant Parishes in Louisiana. The Storm Prediction Center has a rating of F3. Thomas Grazulis in Significant Tornadoes believes the damage was closer to F2 status. Read the full summary here! 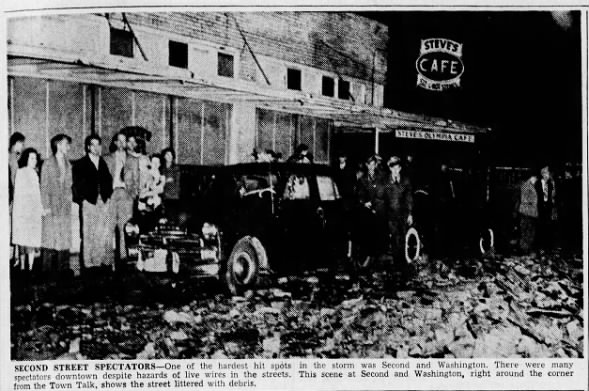 January 6, 1946: A tornado given a rating of F4 moved through Ashley and Chicot Counties in Arkansas. The path length was 23 miles. It moved from near Wilmot to SE of Lake Village. “Homes of all sizes were leveled by this large tornado. Over twenty were destroyed on two plantation near Wilmot. Three homes were blown into Lake Chicot.” Three were killed and 50 injured. 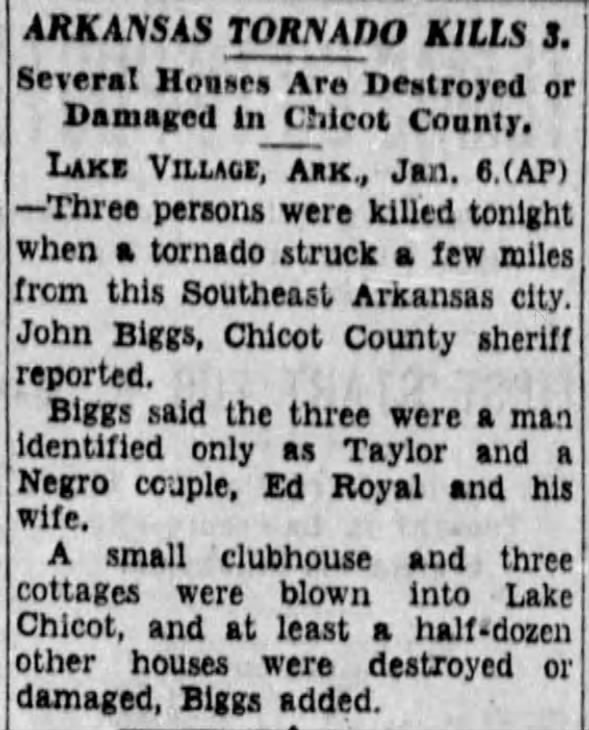 January 6, 2019: A waterspout crossed the Santa Cruz Warf in Santa Cruz, CA, becoming an EF0 tornado. It tore 35% of the roof off of the Dolphin Restaurant and tossed picnic tables.  Source.

January 6, 1886: The second blizzard in less than a week struck Kansas. The combination of strong winds, drifting snow, and below-zero temperatures wreaked havoc. All railroads in the state were paralyzed. An estimated 50-100 people were killed, and some counties lost 75-80% of their cattle population. Source.

On this day in 1912, Geophysicist and meteorologist Alfred Wegener presents his controversial theory of continental drift in a lecture at the Geological Association (Geologischen Vereinigung) at the Senckenberg-Museum, Frankfurt. Check out more historical events at onthisday.com!

On this day in 1955, Rowan Atkinson, British actor and comedian who delighted television and film audiences with his comic creation Mr. Bean, was born in Newcastle upon Tyne, England. Source:  Britannica.

On this day in 1975, “Wheel Of Fortune” debuts on NBC-TV! Get more daily history at onthisday.com!

On this day in 1958, Gibson guitars launched it’ ‘Flying V’ electric guitar. Guitarists who played a Flying V include, Albert Collins, Jimi Hendrix, Marc Bolan and Billy Gibbons from ZZ Top. Get into the groove with more music trivia at thisdayinmusic.com!