When we think of Jarrell, TX and tornadoes, we immediately remember the devastating F5 from May 27, 1997.  But 8 years earlier, the town was hit hard by an F3 in the middle of the night.  It developed at 3:02 Local Time about 3 miles SSW of Jarrell near Strickland Grove.  It moved slowly NNE causing tremendous damage on the south and east side of town.   A woman was killed when her mobile home was destroyed.

A tornado hit Jarrell, Texas (population about 700) and did extensive damage.  About two-thirds of the town was severely damaged.  The tornado first touched down about 3 miles south southwest of Jarrell near the settlement of Strickland Grove and moved north-northeast and paralleled I-35 where it turned over about 18 trucks. Traffic was halted on I-35 and other roads because of all the debris that was scattered by the tornado.

The tornado proceeded north and northeast over the town of Jarrell, with most of the damage on the south and east side of the town.  There were 35 homes and 12 mobile homes that were either heavily damaged or totally destroyed.  16 business structures were heavily damaged.  A 12 unit apartment complex was destroyed.  2 school buildings were destroyed.  Numerous trees, signs, power poles and liens were leveled.  The debris from the town was scattered northeast over the countryside for about 7 miles.

One woman was killed in her mobile home when it was demolished.  She was found crushed under the debris and a water bed.  There were 28 person hospitalized with mostly minor injuries.  26 of them were treated and released from nearby hospitals.  2 of the injured who were driving down I-35 had sustained more serious injuries and were retained at a hospital. 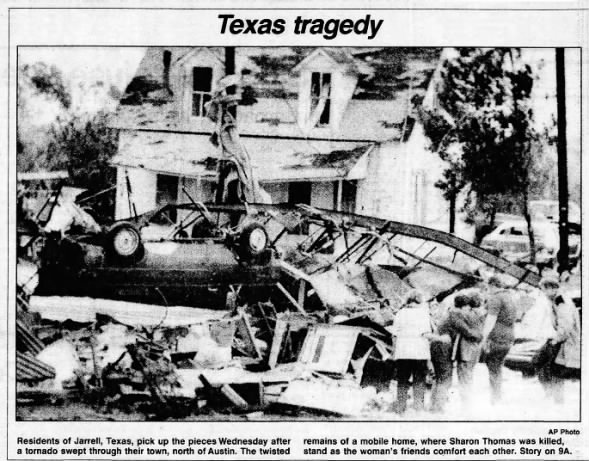 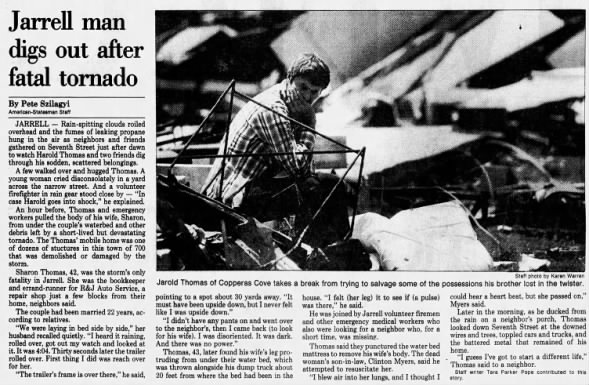 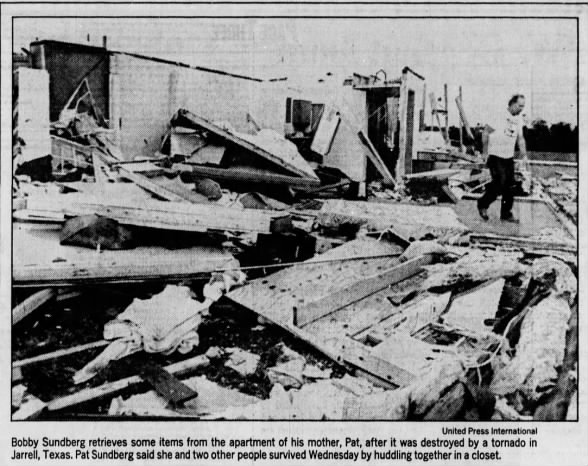 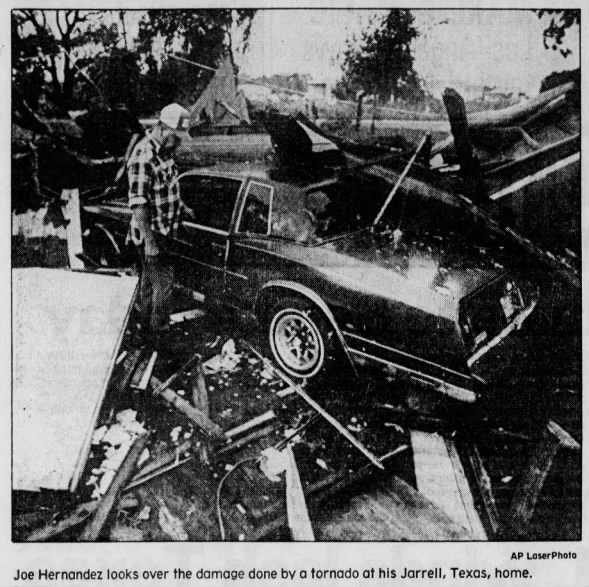 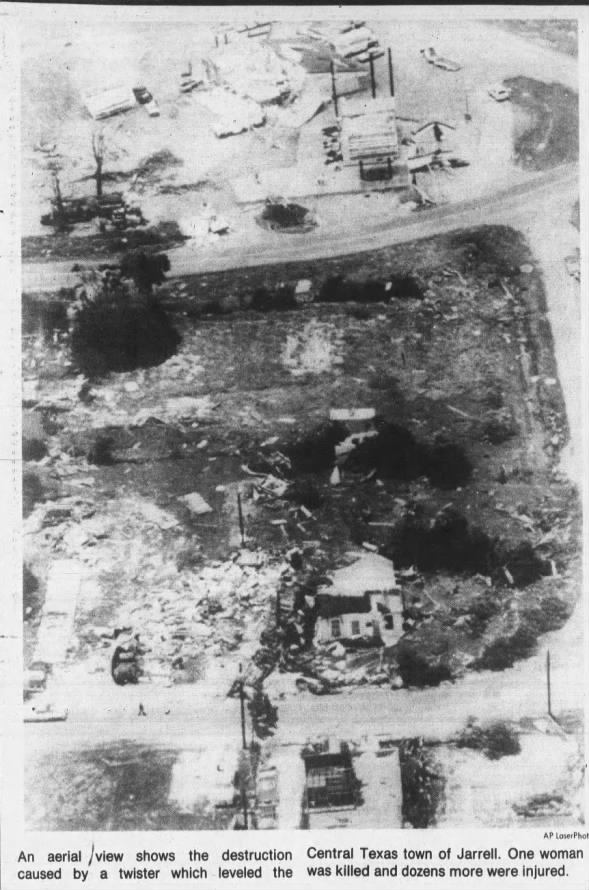 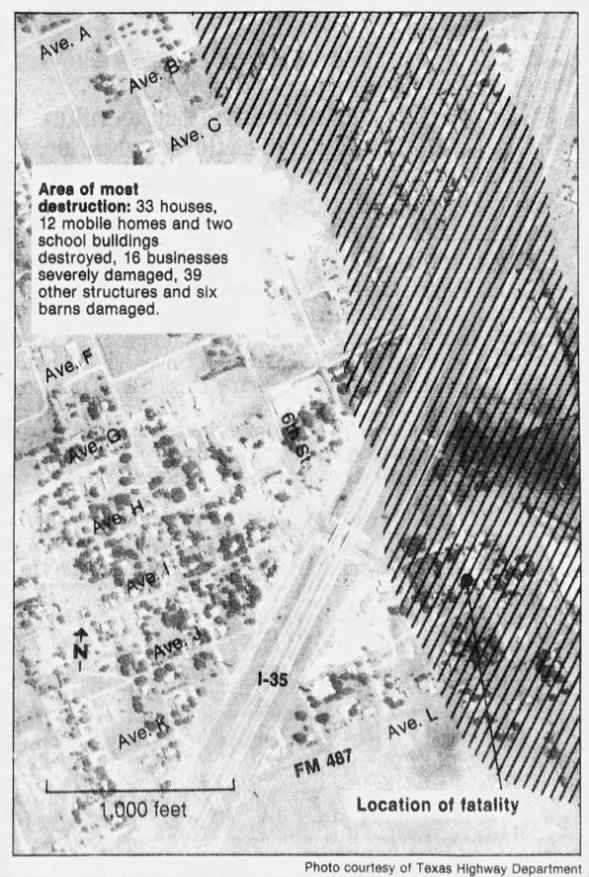 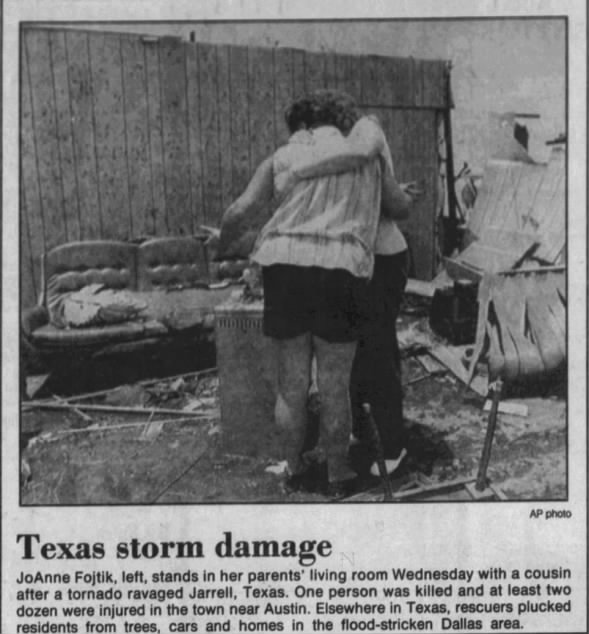 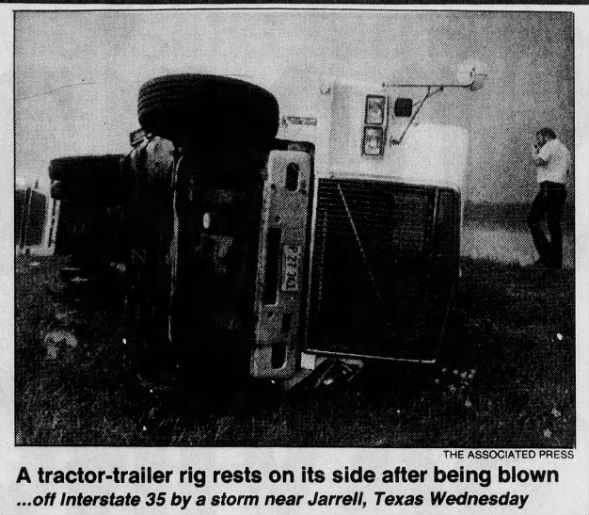 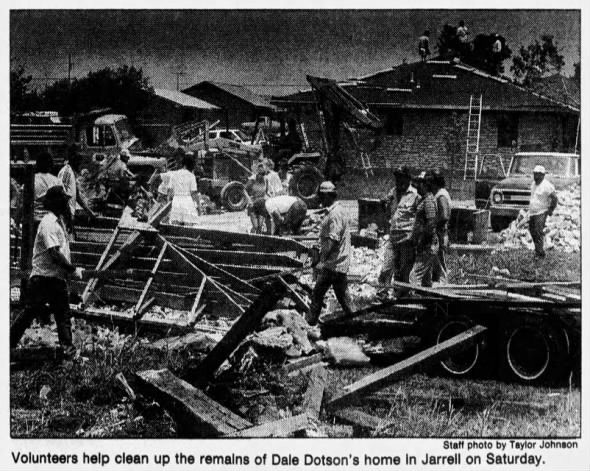 We gathered information for this event from the SPC & NCDC Databases, the May 1989 Storm Data Publication and Thomas Grazulis in Significant Tornadoes and found the following differences: