Three tornadoes were confirmed on February 16, 1995, all in Alabama.  The strongest was a devastating F3 that tracked 14 miles through parts of Cullman and Marshall Counties.

This tornado began about 3 miles west of Joppa just before 5 am CT.  It traveled ENE through the town, across Alabama Highway 69, and into Marshall County, just SW of Arab.  The tornado moved across the south side of Arab.  It moved into the rugged terrain east of this area and dissipated at the Browns Creek Section of Guntersville Lake just north of the Diamond Community.

There were 130 injuries reported in this event and 6 fatalities.  One death occurred in a home and the rest in mobile homes.  Four of the deaths were in Arab and one in Joppa.  A pregnant woman was severely injured in her mobile home and was sent into labor early.  The baby died at birth. 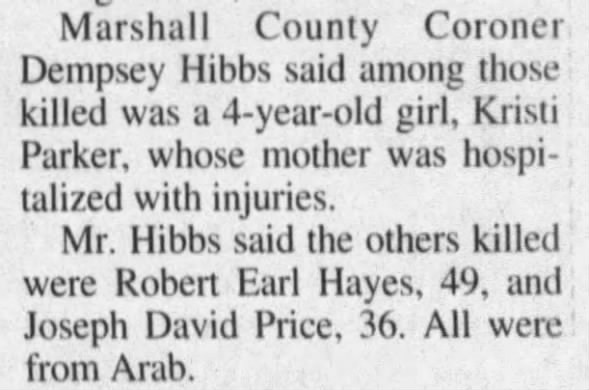 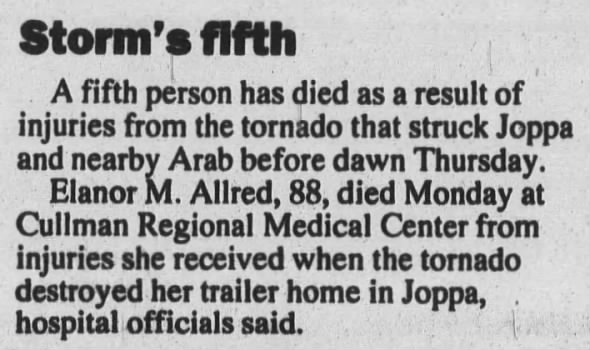 In the rubble of a trailer park, a baby was found unharmed. 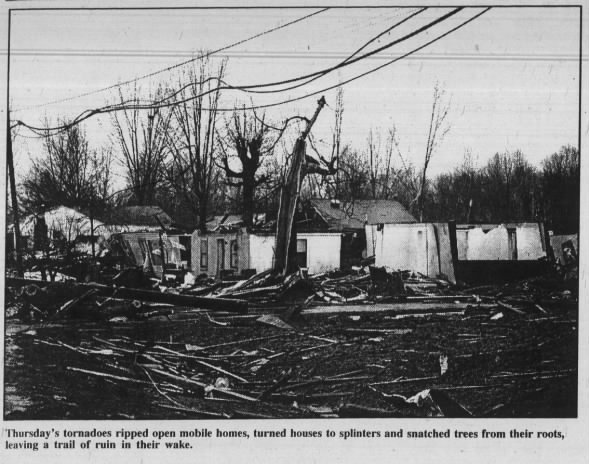 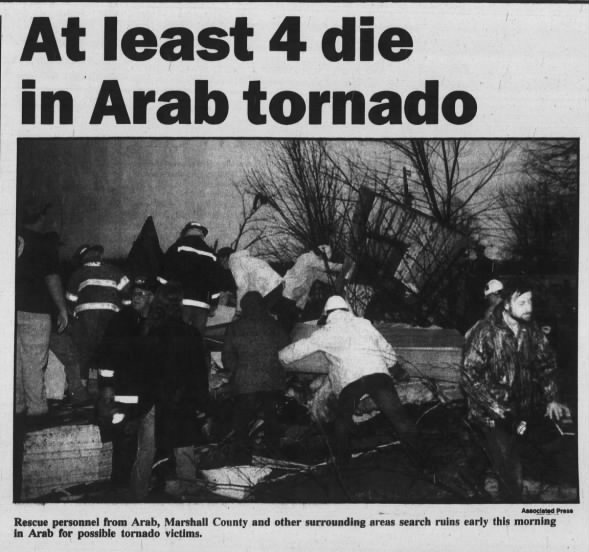 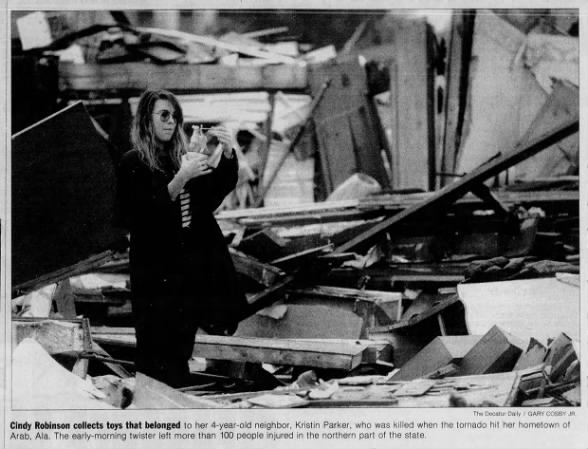 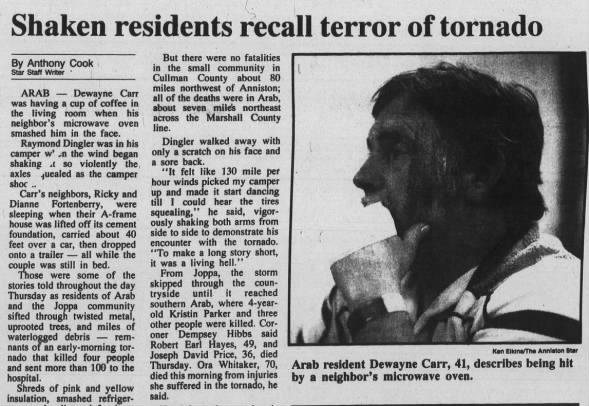 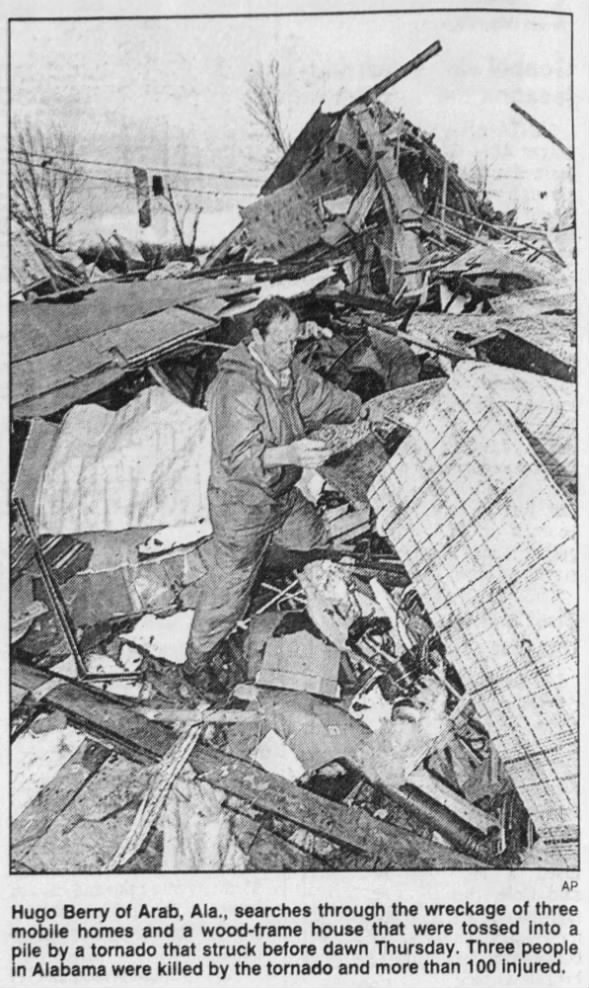 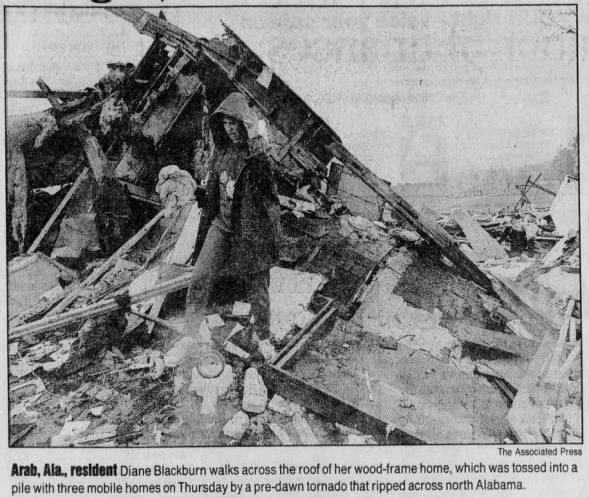 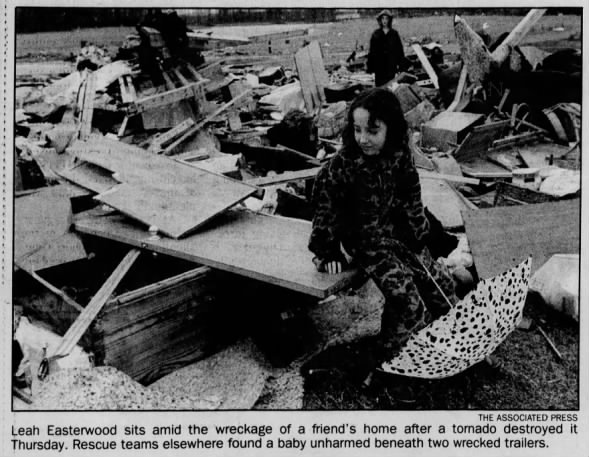 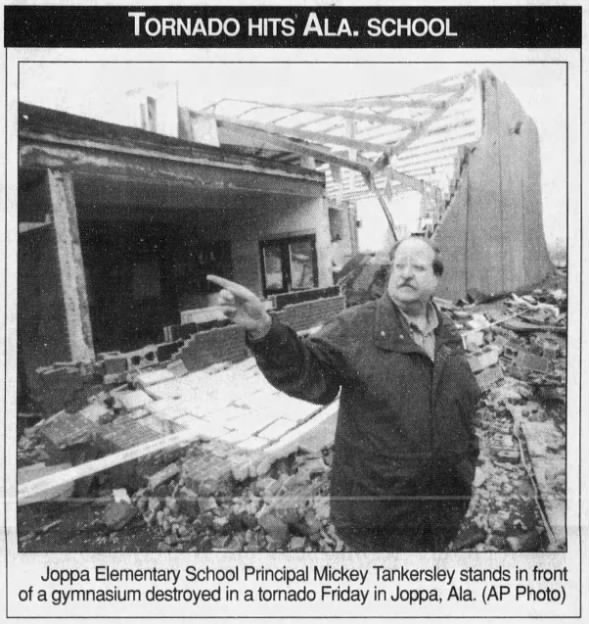 We gathered information for this event from the SPC & NCDC Databases, the February 1995 Storm Data Narrative and Thomas Grazulis in Significant Tornadoes Update and found the following differences:

Mike Wilhelm’s Blog of the Event