A tornado outbreak occurred on March 21, 1952.  Officially, the SPC lists 27 tornadoes with 10 given a rating of F4.  Through his research, Thomas Grazulis in Significant Tornadoes shows 7-F4 tornadoes.  This summary looks at one of those F4s.  It was the deadliest of the outbreak.

This tornado developed 2 mile SSW of Searcy, AR.  It moved to the northeast to near Kensett, through Judsonia and passing 5 miles NE of Bald Knob.  It ended near Russell.  There was considerable damage reported in Kensett.  Per the Climatological Data National Summary, the “town of Judsonia lay squarely in the path of the storm and was almost completely leveled.”  At least 30 people were killed in Judsonia.  385 homes were destroyed, and 560 were heavily damaged.  The business section of Judsonia was almost completely demolished.  There was heavy damage in Bald Knob, where 10 people were killed.  Nine more were killed in a rural area, and one person died on Russell’s western edge. 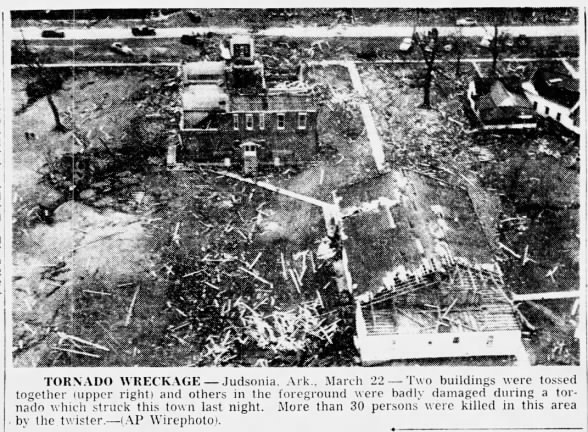 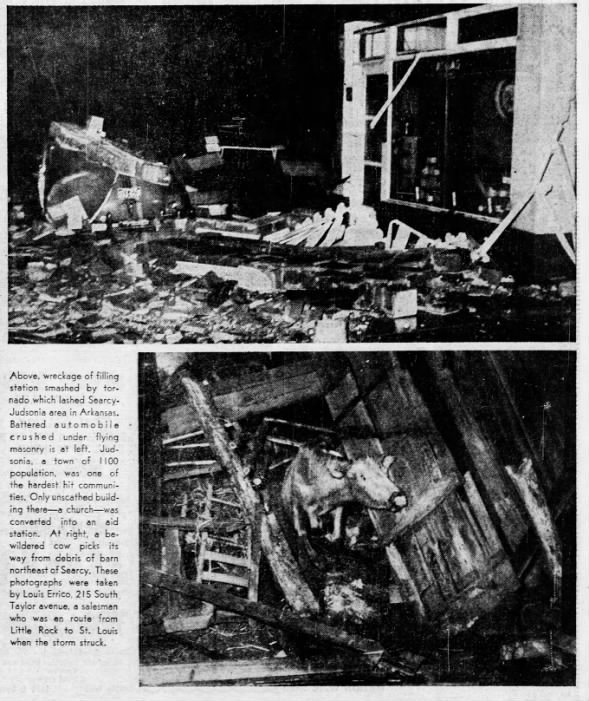 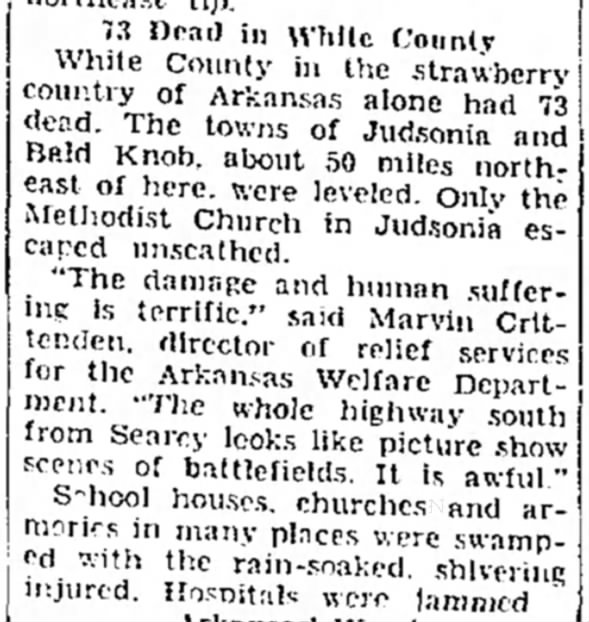 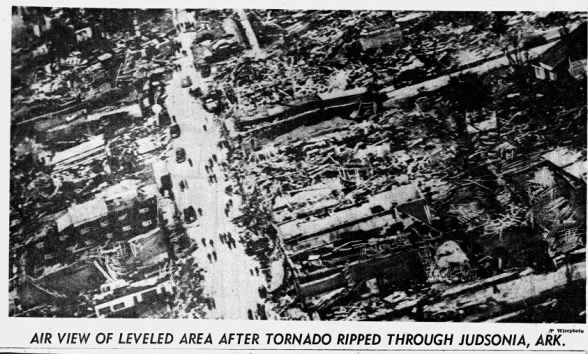 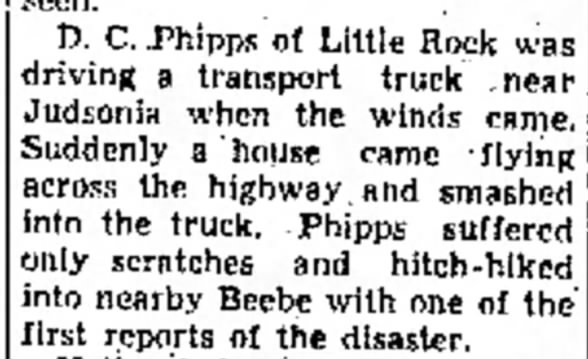 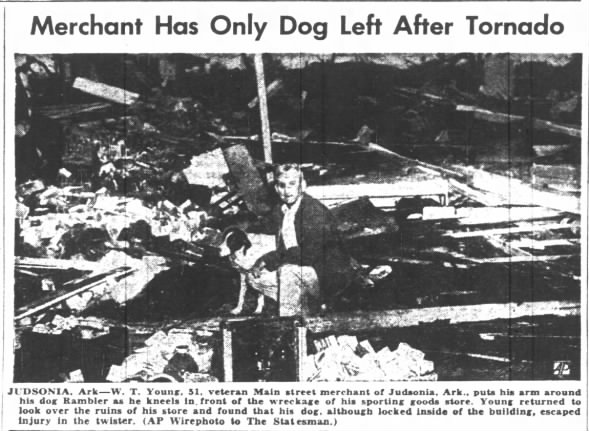 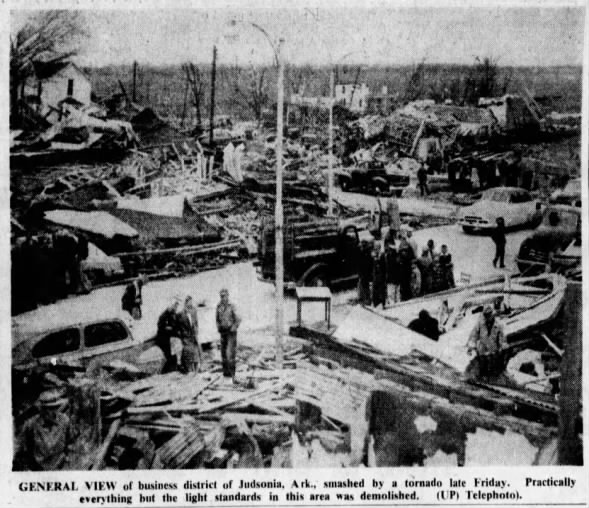 We gathered information for this event from the SPC & NCDC Databases, the March 1952 Climatological Data National Summary (CDNS) and Thomas Grazulis in Significant Tornadoes and found the following differences:

Article about this event from Arkansas Online

Damage Photos from Judsonia, found on blog by James Skipper