Ten tornadoes are found on July 17, 2016 in the SPC database. Half of them were in the state of Iowa and all of those occurred during the early AM hours. Our summary today looks at an EF2 tornado that tracked a short distance through Benton County, IA and near the town of Vinton. Read the full summary here!

July 17, 1903: Grazulis documents 5 tornadoes in the state of Illinois on this day. Three were given an F3 rating. One of the F3s moved at Streator. An entire farm was destroyed west of town. Six people were killed, five of which were at a race track where people sheltered under a grandstand that collapsed. A night watchman was killed at a factory. 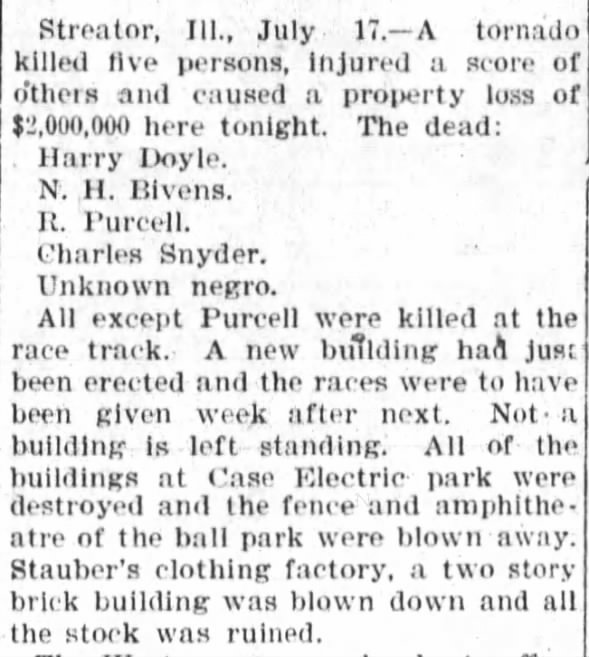 On this day in 2011, a high-end EF3 tornado tracked for 16 miles through LaMoure County, ND. A house was destroyed a car was thrown 1/2 mile and mangled. Source.

On this day in 1992, three tornadoes (two rated F1 and one F2) struck Lebanon County, PA. Several homes and barns were damaged or destroyed.  Source. 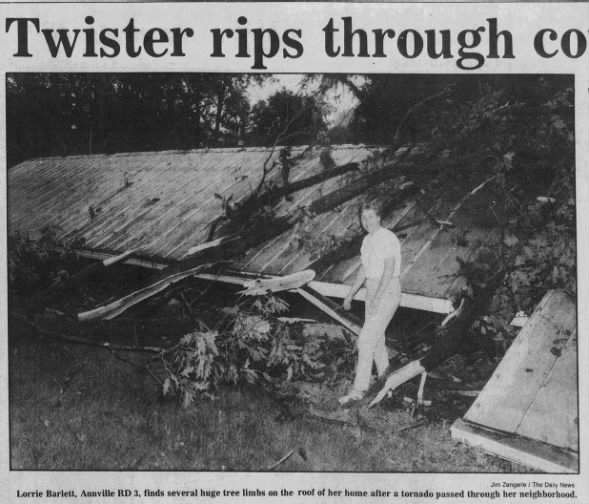 On this day in 2014: Malaysia Airlines Flight 17 is shot down over Eastern Ukraine by a Buk surface-to-air missile launched from pro-Russian separatist-controlled territory, killing all 283 passengers and 15 crew on board. Check out more historical events at onthisday.com!

Donald Sutherland was born July 17, 1935, in Saint John, New Brunswick, Canada. He is a character actor who was equally adept at portraying heinous villains and benevolent family patriarchs. Source:  Britannica.

On this day in 1955: Disneyland televises its grand opening in Anaheim, California.. Get more daily history at onthisday.com!

On this day in 1972: A bomb exploded under The Rolling Stones equipment van in Montreal, believed to be the work of French separatists. Angry fans rioted throwing bottles and rocks after 3,000 tickets for the show turned out to be fake. Get into the groove with more music trivia at thisdayinmusic.com!