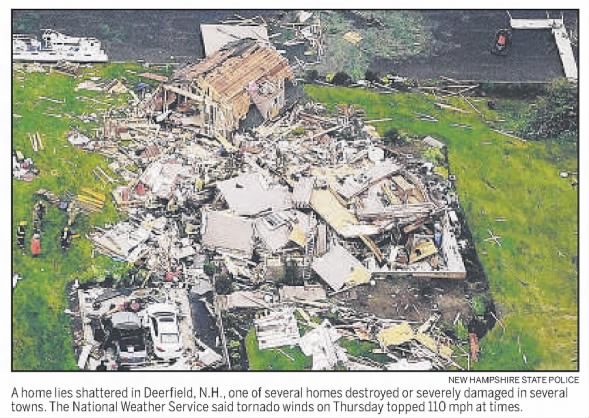 July 24, 1803: Grazulis documents a tornado in Salem County, NJ. It hit west of Bridgeton and moved north. A home was heavily damaged and there were at least five injuries. Shingles were carried a distance of nine miles.

On this day in 2017, an EF2 tornado came off the Chesapeake Bay and tore through Stevensville, MD. Several homes, apartments, and townhouses were unroofed and ripped apart. One person was injured.  Source.

On this day in 1930, an estimated F5 tornado tracked for 50  miles near Montello, Italy. 23 people were killed, and 100 others were injured. A large stone monastery was partially leveled to the ground. Source.

On this day in 1832:  Benjamin Bonneville leads the first wagon train across the Rocky Mountains by Wyoming’s South Pass. Check out more historical events at onthisday.com!

Jennifer Lopez (J.Lo), was born July 24, 1969, in Bronx, New York, U.S.). She is an actress and musician who began appearing in films in the late 1980s and quickly became one of the highest-paid Latina actresses in the history of Hollywood. She later found crossover success in the music industry with a series of pop albums. Source:  Britannica.

On this day in 1982: Survivor started a six week run at No.1 on the US singles chart with ‘Eye Of The Tiger’, taken from the film ‘Rocky III’. Also No.1 in the UK. Survivor won the Grammy Award for Best Rock Performance for the song. Get into the groove with more music trivia at thisdayinmusic.com!