Five tornadoes were reported on January 12, 2005. Three were confirmed in Missouri. One was in Claiborne Parish, LA and the strongest was an F3 that moved through Union County, AR.

The Storm Data entry for this event states, “The tornado that moved through Claiborne Parish Louisiana moved northeast into Union County Arkansas.”  I researched the Claiborne Parish tornado, the official end point is over Lake Claiborne well south of the Arkansas line.  Here is the NCDC report on that separate tornado.  It was more than likely the same supercell not the same tornado.  Here is a map of both tracks from the NWS Shreveport.

The tornado developed in Junction City.  The NWS survey notes the path was continuous for its entire path, which was a total of 24 miles.  The damage initially was minor damage to homes and numerous trees down.  Two people were injured in a home in Junction City when a tree fell on their home.

The tornado intensified as it approached Tatum Road and moved across Highway 7 to Rushwood Road. Numerous homes, mobile and well-constructed frame homes were damaged/destroyed. Several vehicles were rolled and tossed in the air.  It was in this area that two fatalities occurred. 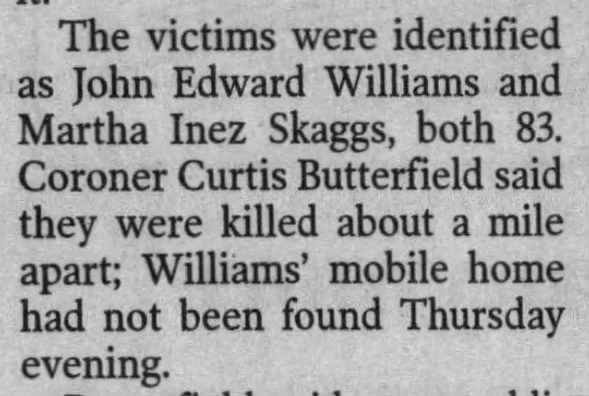 After leaving this area, the tornado began to weaken.  There was minor structural damage to buildings in Lawson.  A few trees were downed at the end of the path. 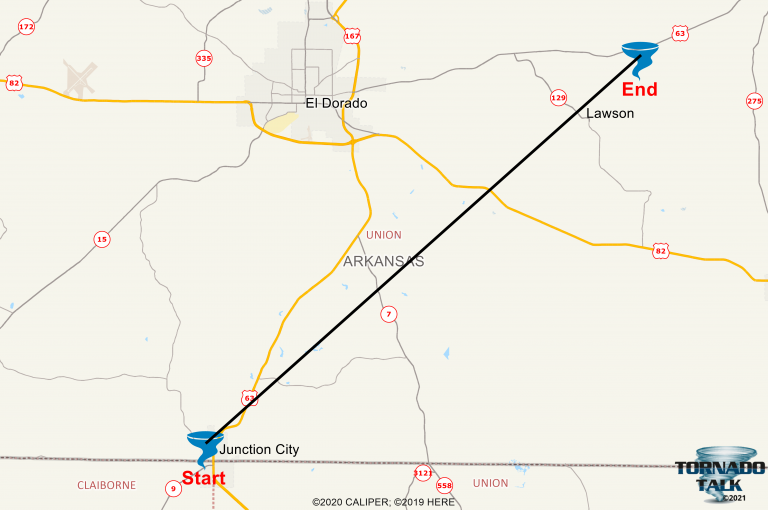 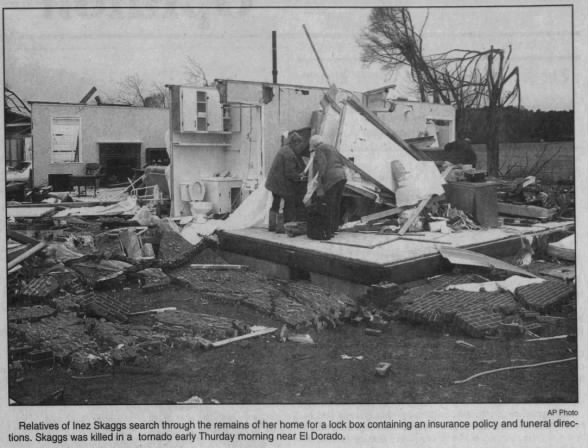 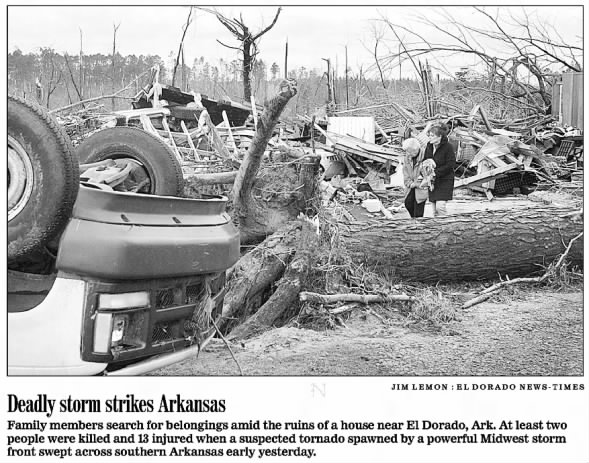 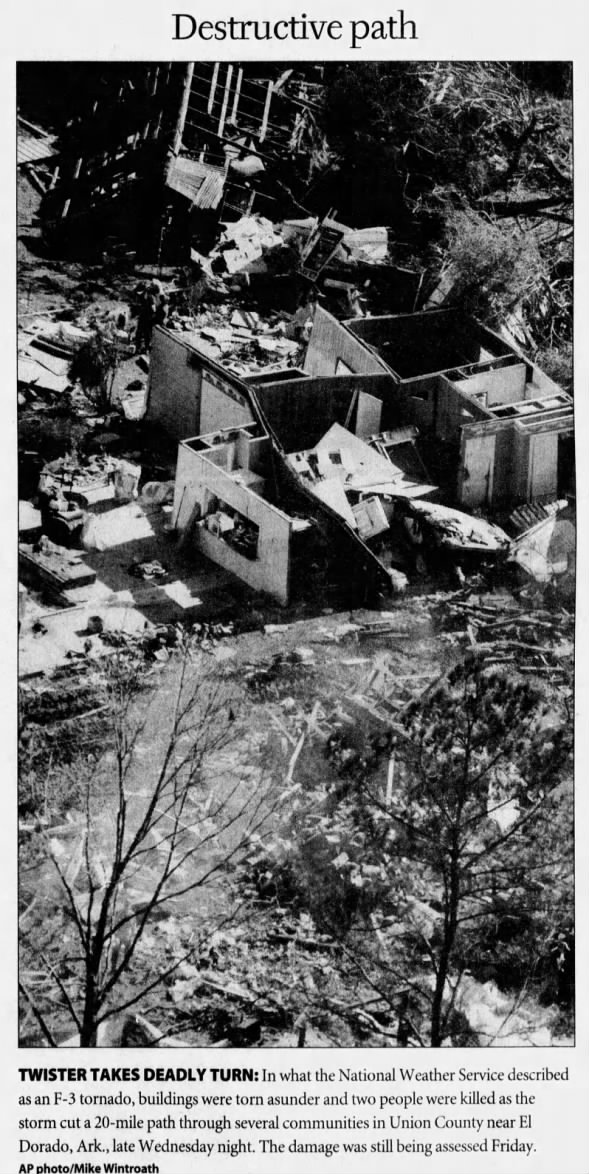