During the evening of June 22, 2015, twelve tornadoes rolled through parts of Northern Illinois. 10 of the 12 were produced by one supercell. We look at the strongest tornado to hit. It was rated EF3 with maximum winds of 160mph. The heaviest damage was in the Coal City and Braidwood areas. Read the full summary here! 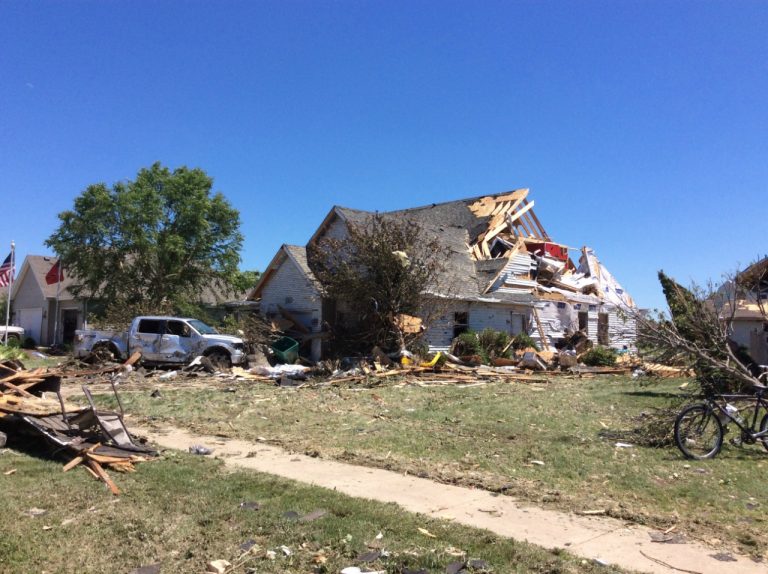 June 22, 1919: Grazulis documents an F5 tornado in Ottertail County, MN. It moved through Fergus Falls where most of the 57 deaths attributed to this event occurred. Approximately 400 buildings were destroyed. Lumber was carried 10 miles and a blanck check was foud 60 miles away.

On this day in 2015, an EF3 tornado tracked for 11.12 miles near Lovilla, IA. An unanchored home was swept away. Significant damage occurred to crops, and trees were debarked.  Source.

On this day in 2007, an F5 tornado struck Elie, Manitoba. Three homes were swept away. Stunning video showed the drill-bit tornado tossing one of these homes into the air before disintegrating it.  Source.

On this day in 1633: Galileo Galilei forced to recant his Copernican views that the Earth orbits the Sun by the Pope (Vatican only admits it was wrong on Oct 31, 1992!). Check out more historical events at onthisday.com!

Elizabeth Warren was born June 22, 1949, in Oklahoma City, Oklahoma. She is a legal scholar and politician who was elected as a Democrat to the U.S. Senate in 2012 and began representing Massachusetts in that body the following year. Source:  Britannica.

On this day in 1955: Walt Disney’s animated film “Lady & the Tramp” released. Get more daily history at onthisday.com!

On this day in 2013: ‘Blurred Lines’ by Robin Thicke started a 13 week run at No.1 on the US singles chart. Featuring American rapper T.I. and American singer and producer Pharrell Williams, the video was made in two versions; the first video features models Emily Ratajkowski, Jessi M’Bengue, and Elle Evans being topless, the second features them covered. The topless version of the video was removed from YouTube for violating the site’s terms of service regarding nudity, though it was later restored, but flagged as inappropriate. ‘Blurred Lines” peaked at No.1 in 14 countries.  Get into the groove with more music trivia at thisdayinmusic.com!