Cass-Adair County, IA F5 Tornado – June 27, 1953: Four farms were destroyed. Per Grazulis, “Virtually nothing was left on the site of a farm near the county border. Heavy machinery was thrown over 100 yards, and boards were driven into trees.” Read the full summary here! 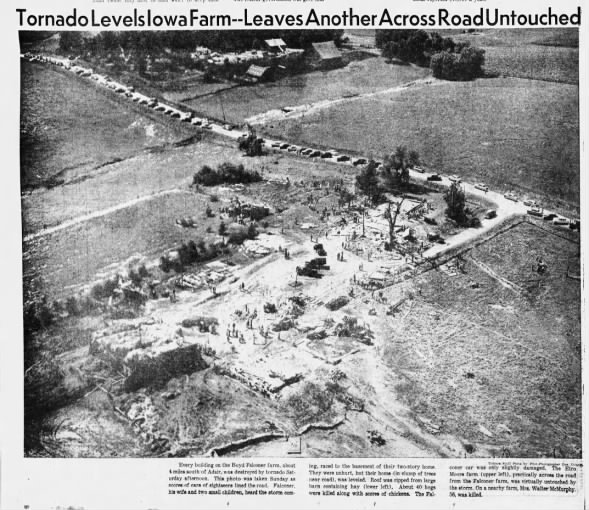 June 27, 1946: An F2 tornado moved north then north-northwest from Windsor, Ontario to just NE of downtown Detroit. In NE Detroit, a bus garage and industrial buildings were unroofed. Nine were injured. 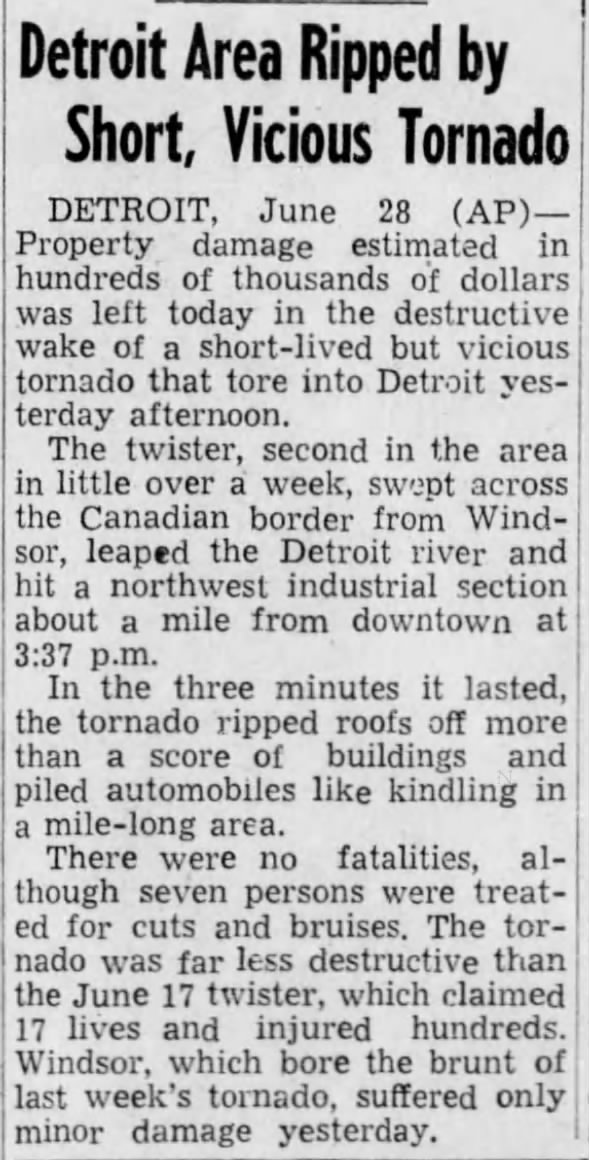 On this day in 2015, an EF2 tornado tracked for four miles through rural Grand Forks County, ND, east of Northwood. It tracked through open farm fields and shelterbelts. Extensive tree damage occurred in the shelterbelts, with some trees being debarked.  Source.

On this day in 1992, an F4 tornado struck Fritch, TX. A man recording the tornado was struck by lightning; he continued to record the tornado as it tore apart his house; he was knocked out by flying debris but survived. The video can be viewed below.  Source.

On this day in 1929: 1st color TV demo, performed by Bell Laboratories in NYC. Check out more historical events at onthisday.com!

J.J. Abrams was born June 27, 1966, in New York City, New York. He is a writer, director, and producer who was known for his role in creating several hit television series, including Lost (2004–10), and for his blockbuster action and science-fiction movies, notably Star Wars: The Force Awakens (2015). Source:  Britannica.

On this day in 1994: Spalding Gray”s one-man show “Gray’s Anatomy” closes at Beaumont Theater, NYC, after 8 performances. Get more daily history at onthisday.com!

On this day in 1970: The newly formed Queen featuring Freddie Mercury (possibly still known as Freddie Bulsara) on vocals, guitarist Brian May, drummer Roger Taylor and Mike Grose on bass played their first gig at Truro City Hall, Cornwall, England. They were billed as Smile, Brian and Roger’s previous band, for whom the booking had been made originally. Original material at this time included an early version of ‘Stone Cold Crazy’.  Get into the groove with more music trivia at thisdayinmusic.com!