This summary explores an very interesting event. The SPC has a tornado rated while Thomas Grazulis lists this as F2. A newspaper reports says this was not a tornado! What happened in Fremont, OH on June 30, 1977? Read the full summary here! 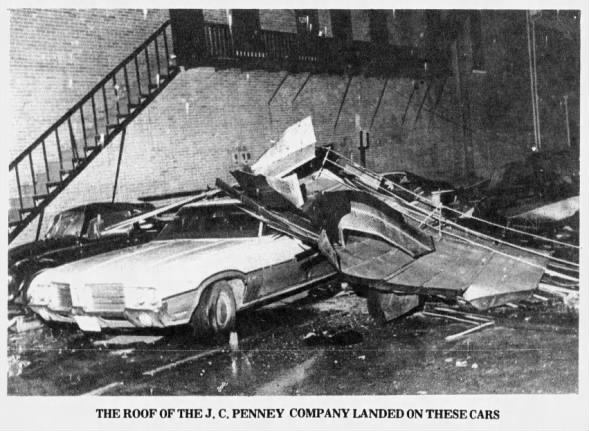 June 30, 1814: Grazulis documents an event in Beaufort County, SC. “A tornado moved to the E out over Port Royal Sound. In this waterspout form, the vortex hit the schooner Alligator, sinking it, and drowning at least 23 of the 40 people aboard.” It moved back over land and ripped apart thousands of trees on Paris Island.

On this day in 2014, an EF2 tornado struck the southwestern side of Traer, IA. A farm sustained major damage.  Source.

On this day in 1912, an F4 tornado devastated Regina, Saskatchewan. 28 people were killed, and over 300 were injured. It is Canada’s deadliest tornado. Source.

On this day in 1908: A giant fireball, most likely caused by the air burst of a large meteoroid or comet flattens 80 million trees near the Stony Tunguska River in Yeniseysk Governorate, Russia, in the largest impact event in recorded history. Check out more historical events at onthisday.com!

Michael Phelps, was born June 30, 1985, Baltimore, Maryland. He is a swimmer, who was the most-decorated athlete in Olympic history with 28 medals, which included a record 23 gold. At the 2008 Games in Beijing, he became the first athlete to win eight gold medals at a single Olympics. Source:  Britannica.

On this day in 1955: “Johnny Carson Show” debuts on CBS-TV. Get more daily history at onthisday.com!

On this day in 1990: New Kids On The Block started a three week run at No.1 on the US singles chart with ‘Step By Step’. The group’s third US No.1, a No.2 hit in the UK. Their album ‘Step By Step’ also went to No.1 on the UK album chart today. Get into the groove with more music trivia at thisdayinmusic.com!