An F4 tornado traveled 70 miles from NW of Essex, IL to just west of Medaryville, IN on this day in 1963.  Per Thomas Grazulis in Significant Tornadoes, “In Illinois, damage was near-F5 as several houses literally vanished.”  The SPC lists the max width at 130 yards.  70 injuries were reported and 1 fatality.

I found a very well-written, in depth overview of this event from Jim Alsopp, retired Warning Coordination Meteorologist at the NWS Chicago.  I use his research a great deal in this summary.  Access his summary here.

He gives the following details about the 1 fatality from this tornado:  “A 24 year old woman, who had just adopted a baby, was running across the yard, possibly to get in a ditch, with her baby in her arms, when she was struck by debris and killed. She was the tornado’s only fatality. She was found with the baby still cradled in her arms. The baby survived.”

A note on the narratives from the April 1963 Storm Data Publication:  It groups together 2 tornadoes.  The one that is the subject of this summary and another in Wabash, Whitley and Allen Counties (IN).

Here are the narratives:

Illinois portion:  Tornado apparently first touched ground 3 miles NW of Bonfield (13 WNW of center of Kankakee) and traveled about 30 miles in a direction of approximately 110 degrees before crossing Indiana line.  Much of the path was across relatively open farm areas with damage limited to clusters of farm buildings and trees.  Most concentrated damage occurred just north of Kankakee in towns of Bourbonnais and Bradley;  and in village of Exline to northeast of Kankaee.  Personal observations indicated a speed near 20 mph at one time but both radar and personal observations indicated an average speed of near 40 mph.

Indiana portion:  This tornado first touched ground west-northwest of Kankakee, IL then traveled eastward to almost Medaryville, IN.  The mother cloud mass is believed to have traveled on eastward as far as Fort Wayne touching ground near such places as North Manchester where all buildings on two farms were leveled, then South Whitley, Roanoke (damages $100,000), and finally two miles southwest of Baer Field, Fort Wayne (damages $50,000).  The greatest loss was in Jasper County about 1.5 miles north of Gifford and just south of Laura and Asphaltum along a west-east line where 21 buildings were counted from the air as being badly damaged or destroyed.  Nineteen were gone from their foundations of which seven were homes.  Many people were injured in this area, sixteen were hospitalized.  Jasper County damage was estimated by the American Red Cross at $650,000.

On eastward at about 5:50pm, a funnel cloud was seen from Star City, large hail was reported at Star City and Royal Center, and near South Whitley (6:45pm).  Hail was one inch in size at Baer Field, Fort Wayne, and up to 1 3/4 inches within one mile of the Field.  Near Poe, a farmer reported getting stuck with the farm truck in hail 1.5 feet deep in his farm lane.  Ice was still two inches deep the next morning.

Additional Path/Damage Information from Jim Alsopp from the NWS Chicago 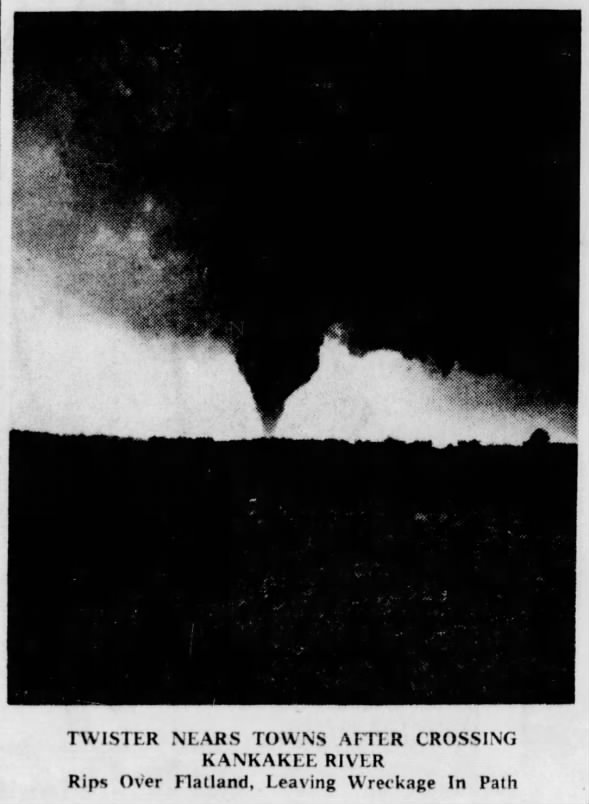 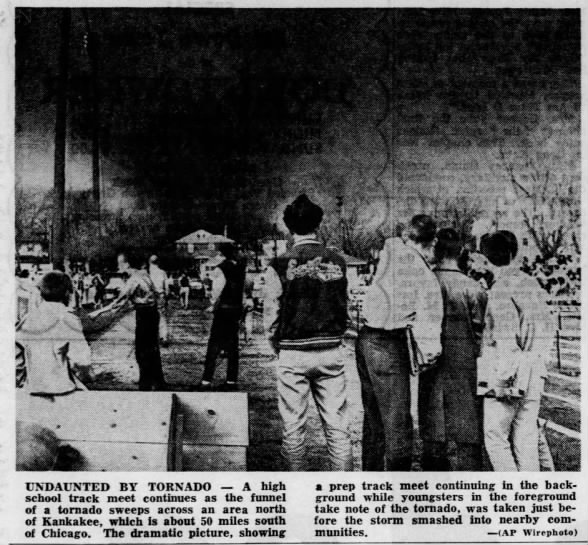 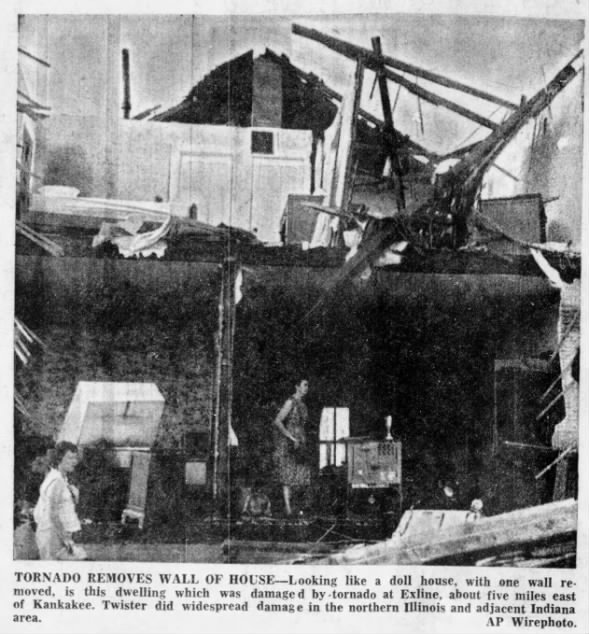 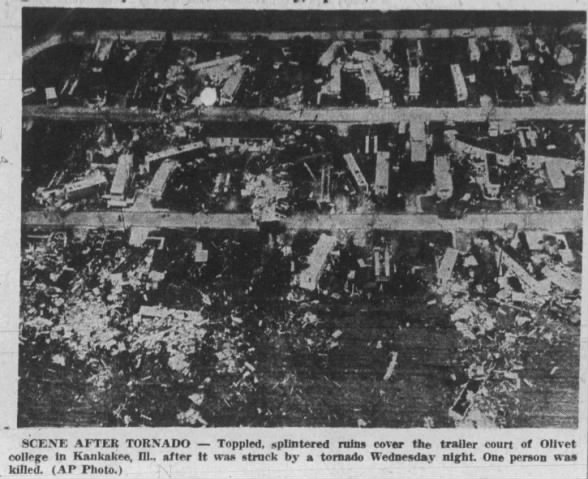 We gathered information for this event from the SPC & NCDC Databases, the April 1963 Storm Data Publication, Jim Alsopp’s Summary and Thomas Grazulis in Significant Tornadoes and found the following differences: