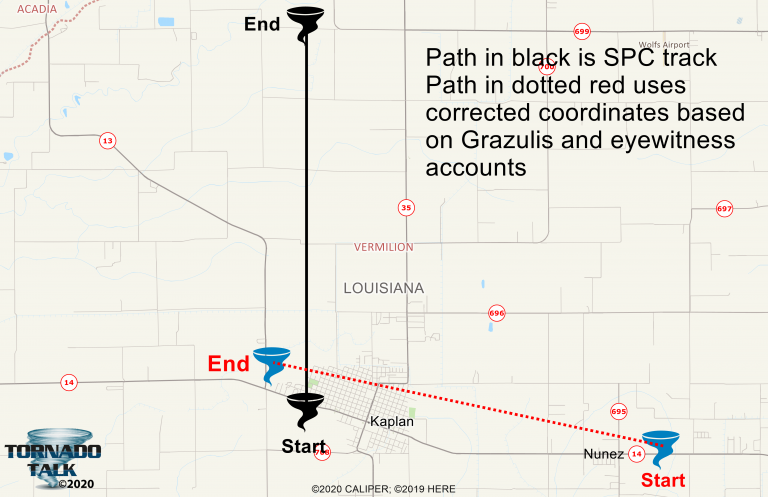 In today’s summary we look at one of the tornadoes spawned by Hurricane Carla.   Per a NWS Corpus Christi Summary on Carla:  “Carla began as a tropical depression in the southwest Caribbean Sea on September 3rd, 1961. It became a tropical storm off the coast of Honduras on the 5th and quickly gained hurricane strength as it moved north to east of the Yucatan peninsula on the 6th. After skimming the Yucatan peninsula, Carla moved northwest and strengthened to a large major hurricane over the Gulf of Mexico on the evening of the 7th. The winds increased to around 175 mph early on the morning of the 11th making Carla a Category 5 hurricane. Carla weakened slightly as it made a loop off the coast from Port O’Connor. Carla made landfall on the afternoon of the 11th on the northeast part of Matagorda Island as a strong Category 4 hurricane with a minimum central pressure of 931 millibars, or 27.49 inches of mercury, and sustained winds of 145 mph. The eye of Carla moved across Port O’Connor and Port Lavaca and then inland just east of Victoria. Carla weakened to a tropical storm on the morning of the 12th just east of Austin.”

Per the NWS overview, there were 18 total tornadoes associated with Carla, 10 were in Louisiana.  On Sept 10, five of the Louisiana tornadoes were produced.  Three were in Vermilion Parish.  The strongest was rated F3.

Thomas Grazulis in Significant Tornadoes states that this tornado moved northwest from 2 miles southeast of Kaplan and it passed through 27 blocks of town.  The Kaplan Journal on September 14, 1961 states the tornado was first seen near the Nunez community which is about 4 miles east of Kaplan.  There was damage to rice fields near La. Hwy. 14.  Per the newspaper, “the twister lifted and then with the force of a giant sledge hammer hit the home of Sidney Abshire, two miles east of Kaplan.”  Debris from this home was scattered for 400 yards.  The roof was removed.  “The brick walls were slanted on odd angles.  Windows were blown out as if an explosion had rocked the house.  Furniture was flung about the yard.”

The tornado crossed the highway in front of the Abshire house and brought down phone lines.  It was noted that the tornado lifted for approximately 1.5 miles until hitting again on the extreme eastern edge of the Kaplan city limits.

Homes up and down Ninth Street felt the brunt of the tornado.  Per The Kaplan Journal, “Some structures were picked up off their foundations and slammed down in the middle of streets.  Others resembled only huge piles of lumber after the disaster passed.  Still other spun around and collided with neighboring houses ‘on the move'”.

A convent housing the Mother Seton Sisters of Charity was destroyed.  One home was lifted and landed on top of a gas main and the pipe ruptured.

Per Thomas Grazulis, approximately 21 homes were destroyed, 55 heavily damaged and 175 more received minor damage.  There were 55 injuries and an infant was killed. 4-week old Nancy Ann Simon was killed at her home at the intersection of Ninth St. and Faye Ave.  Per a newspaper article in the Abbeville Meridional, the home was moved from its foundation and thrown about 25 feet onto Ninth Street.  The baby was killed by a falling object.

We received an email from Jim Trahan who lived in Kaplan at the time of this event.  He was 8-years-old and remembers the tornado vividly.  In his email, he stated that his family’s home was just outside the northern edge of the tornado’s vortex.  The home were Nancy Simon was killed was a block south of them.  He said they had a clear view of the tornado as it passed.  He sent us a map that illustrated more correctly the path of the tornado.  We took his information and that from Thomas Grazulis to plot a more accurate depiction of the path.  Thank you Jim for your help!

Image from the 1962 Monthly Weather Review 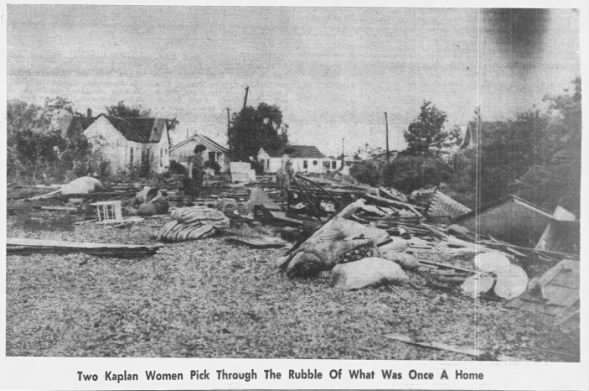 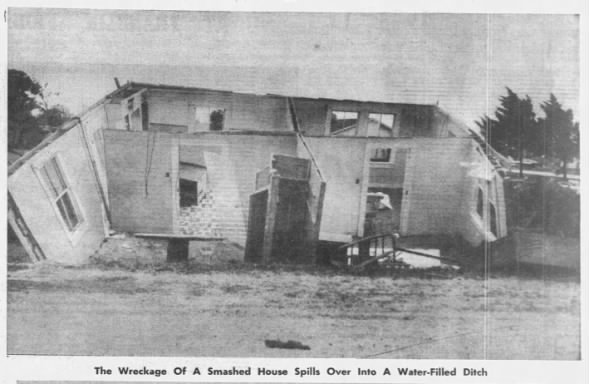 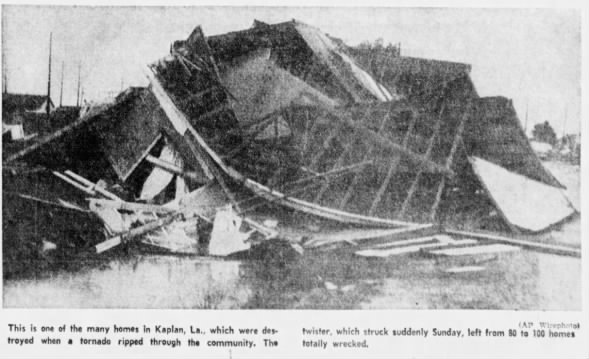 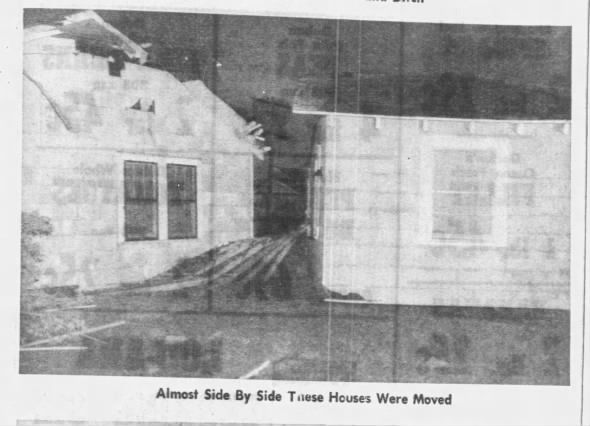 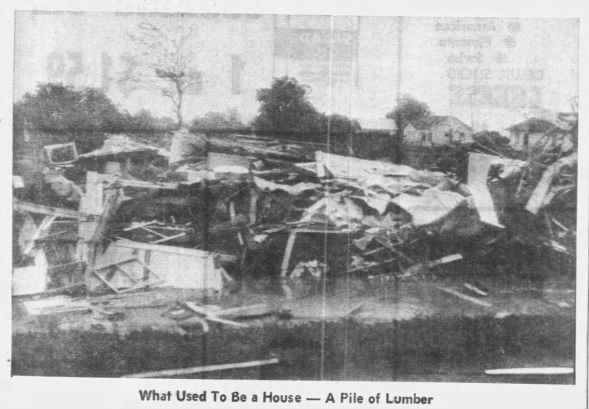 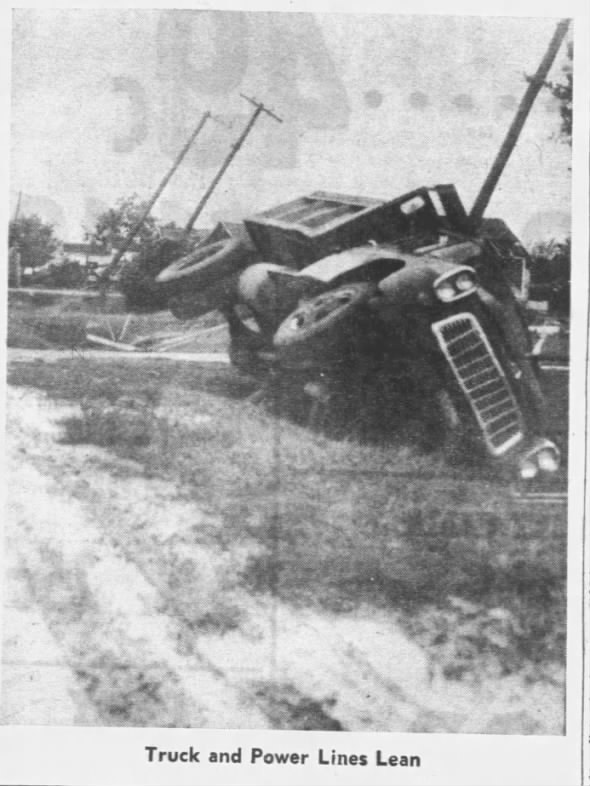 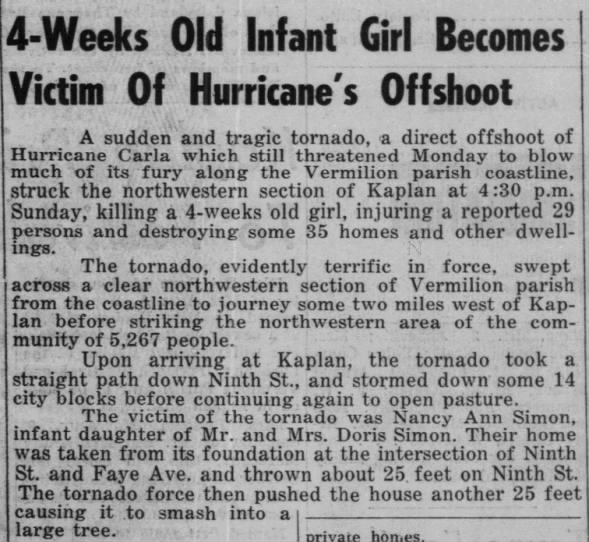 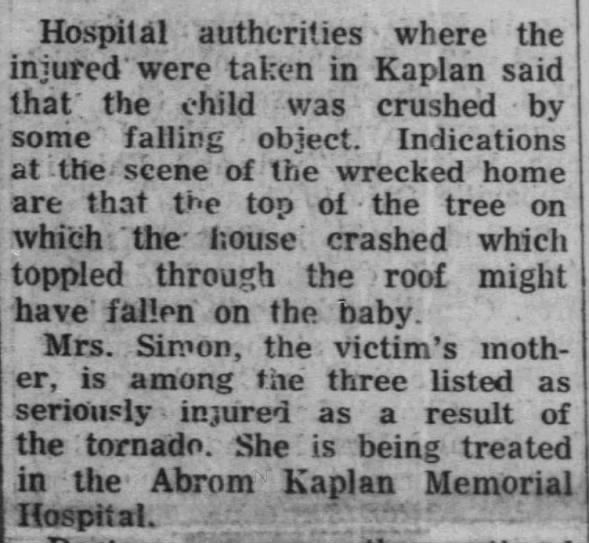 We gathered information for this event from the SPC & NCDC Databases and Thomas Grazulis in Significant Tornadoes and found the following differences: