Five tornadoes (4 of which were in the state of Wisconsin) occurred on August 12, 1985.  Two twisters were rated F2.  We are looking at the deadliest tornado of the day in this summary.  It tracked 22 miles through parts of Monroe and Juneau Counties in Wisconsin.

The path began just south of Kendall.  A barn was destroyed and a home damaged.  It moved into Juneau County and toward the town of New Lisbon. The Bader Trailer Courts were hit on the northern edge of town.  Dolly Dockerty, 62 was killed.  Her husband, Robert died from his injuries several days later at the hospital.  Their daughter was also injured.  17 of the 35 trailers in the park were destroyed.   3 homes and a gas station were damaged.  The tornado downed 100 acres of forest at Buckhorn State Park. 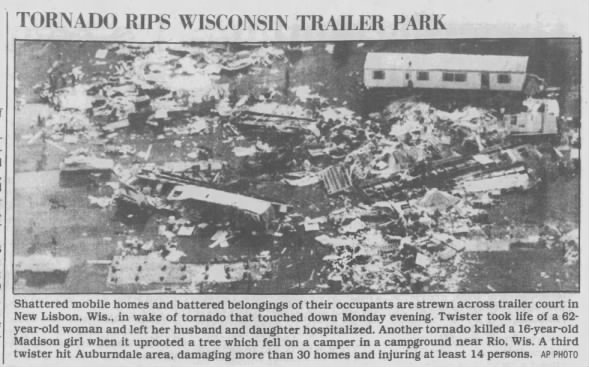 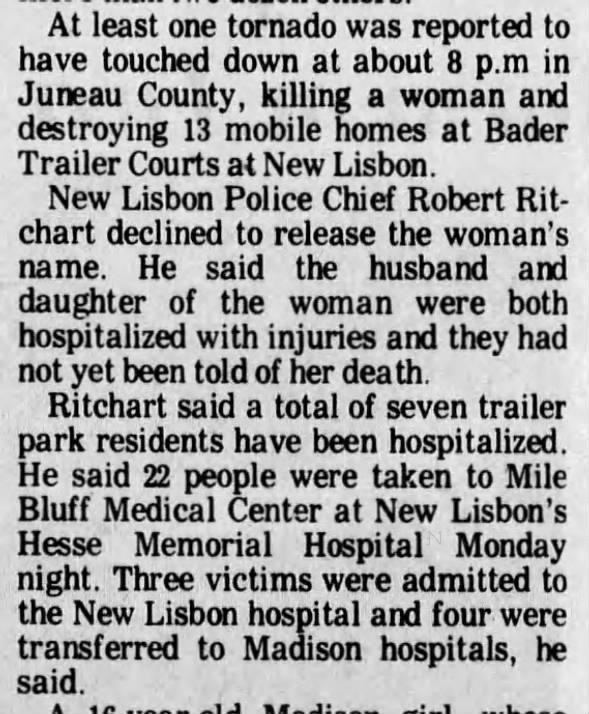 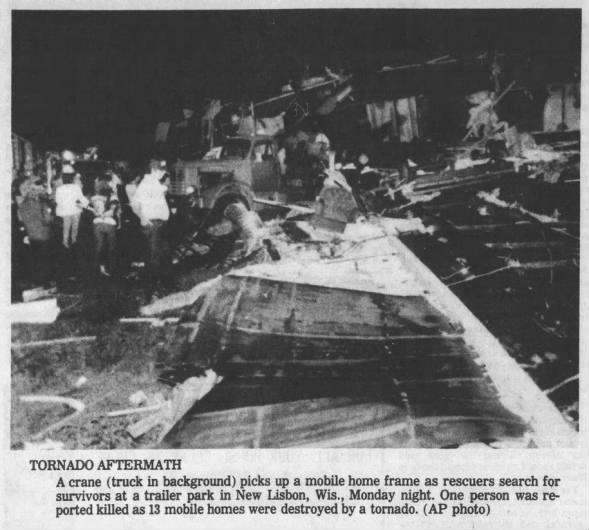 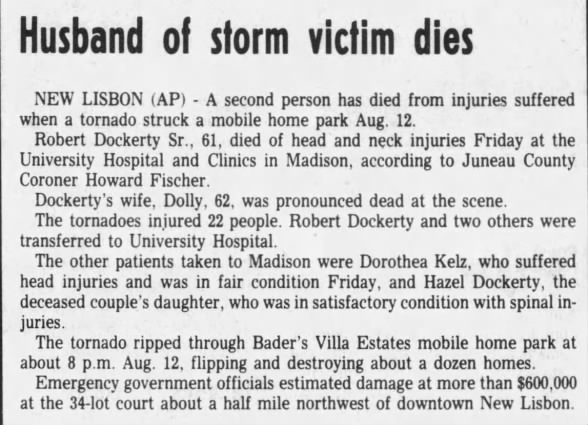 We gathered information for this event from the SPC & NCDC Databases, the August 1985 Storm Data Publication and Thomas Grazulis in Significant Tornadoes and found the following differences: