A large winter outbreak occurred across the state of Texas on December 29, 2006.  Officially, the SPC Database lists 27 tornadoes.  The max rating was F2 and there were four tornadoes given that rating.  We look at one of the F2 twisters in this summary.

This tornado had a path of just over 20 miles through parts of Limestone County.  It developed near Kosse.  There was evidence of uprooted trees along CR 662.  The tornado moved to the north-northeast tearing down trees.  There was damage to several barns, sheds and roofs.  Approximately four miles SW of Groesbeck, the tornado hit the Vincent Personal Care home, an assisted living facility for veterans.  There were several injuries in this area and one of the homes was severely damaged.  Ryan Roper, 51 was killed. 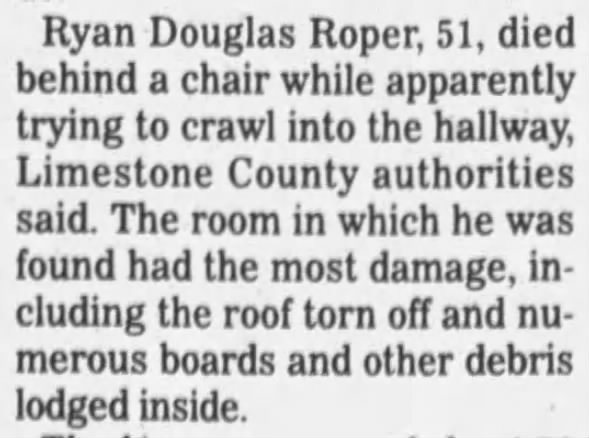 West of Groesbeck, four homes had major damage and one wood-framed house partially collapsed.  There was damage to several barns and more trees were uprooted/snapped.  The tornado dissipated over Fort Parker State Park.

These storms affected President George W. Bush and first lady Laura Bush.  They were at their ranch near Crawford, TX (McLennan County) west of Waco.  When a tornado warning was issued for their area, they were moved in an armored vehicle to a shelter. 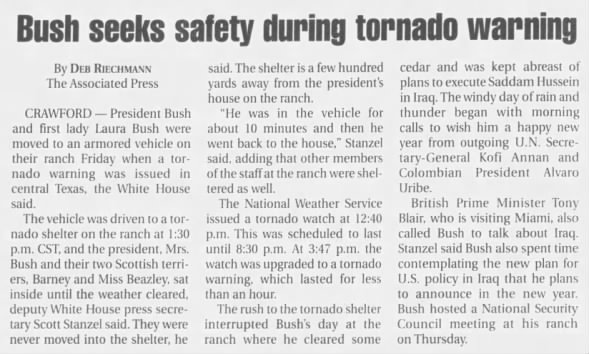 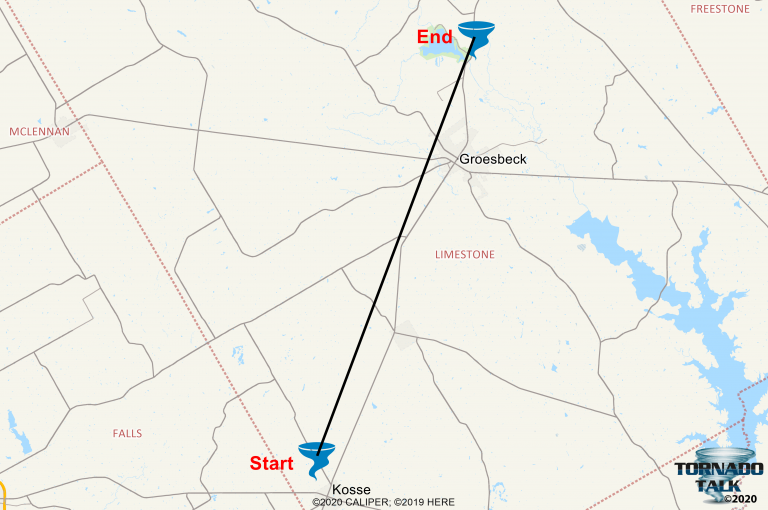 Images via NWS Dallas-Fort Worth 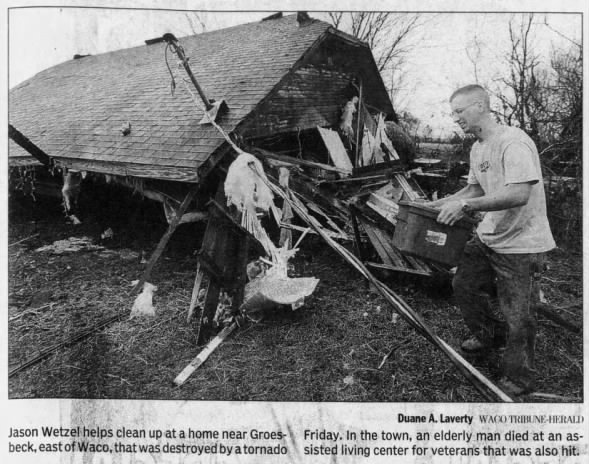 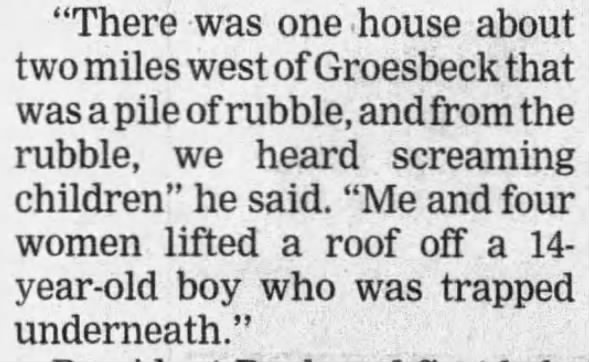 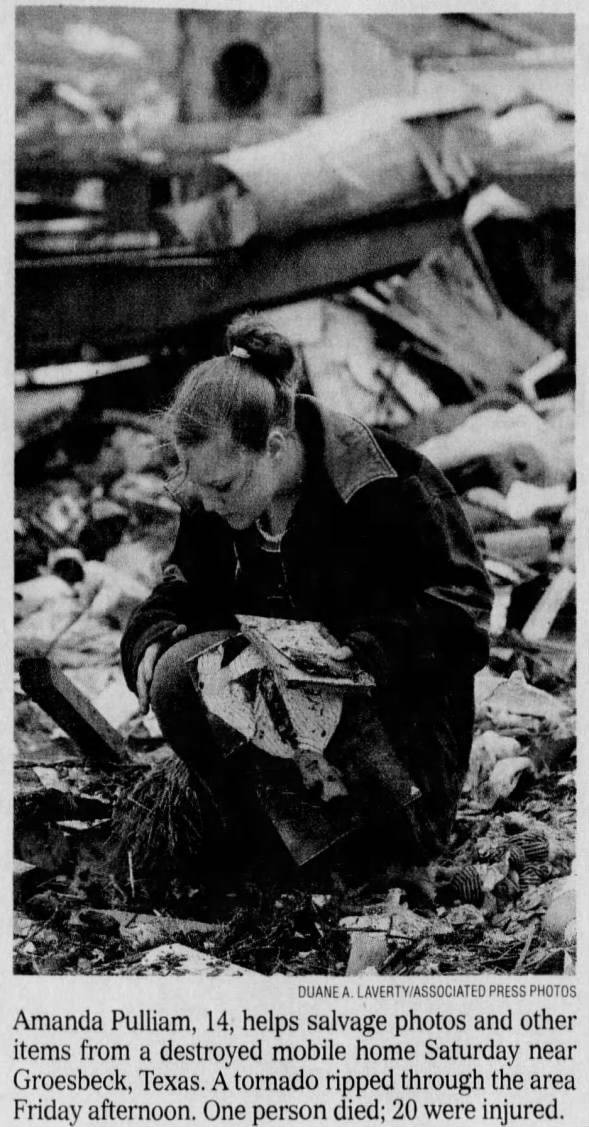 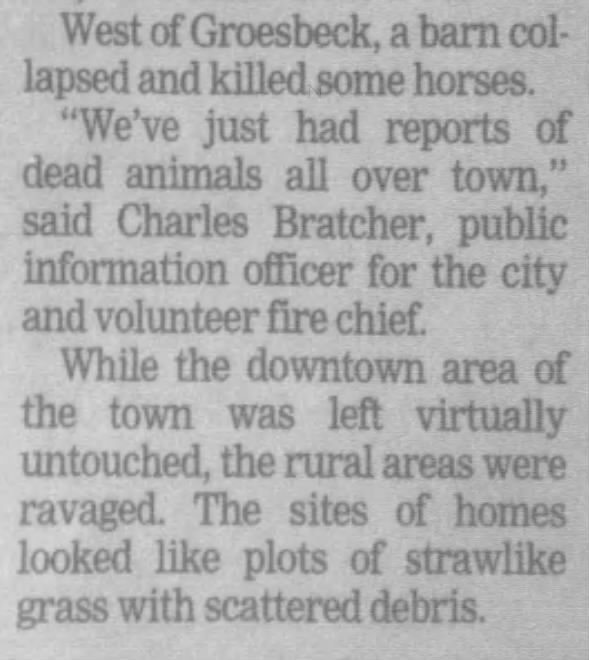