Six tornadoes were confirmed on September 2, 2002, all in the state of Wisconsin. There were 2 F0s, 2 F1s, 1 F2 and 1 F3. We take a look at that F3 in this summary. The tornado struck around 420pm on Labor Day 2002 just to the west of downtown Ladysmith. Per an article via the NWS Milwaukee, the tornado produced F0 damage at the beginning of the path then strengthened to F2 at the intersection of highways 8 and 27 on the west side of Ladysmith. F3 damage was found just east of the railroad tracks near the Baptist church and through the downtown business area.

In downtown, 40 buildings were destroyed and 159 were damaged in an area four blocks wide and 16 blocks long. The Baptist Church was blown off its foundation. The NWS noted that during the survey, they noticed the building “had been barely attached to the foundation.” A pickup truck was thrown into a tree and two old brick buildings collapsed.

The tornado produced F2 damage on the east side of Ladysmith and decreased in intensisty as it continued its eastward path. Several rural farm homes were hit with F1 winds. The tornado moved 16 miles at 30 mph. Overall damage was estimated at $20 million. There were 27 injuries reported by Rusk County Emergency Management, most minor. 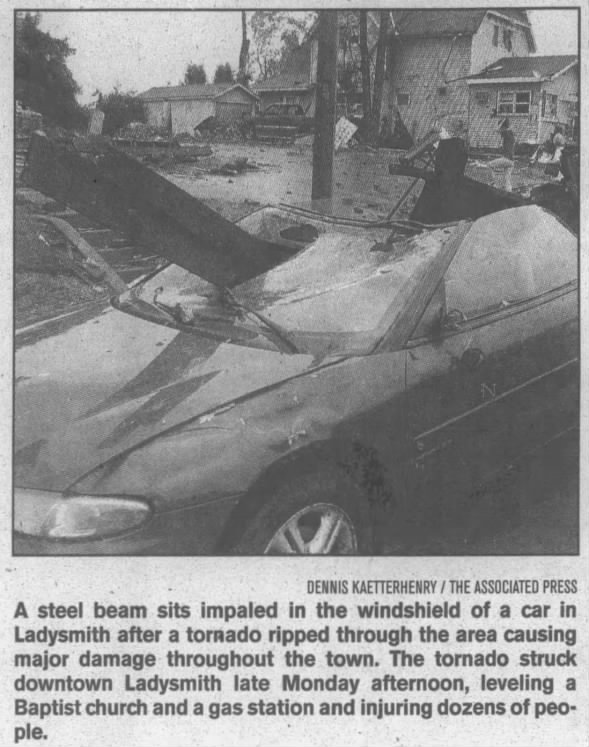 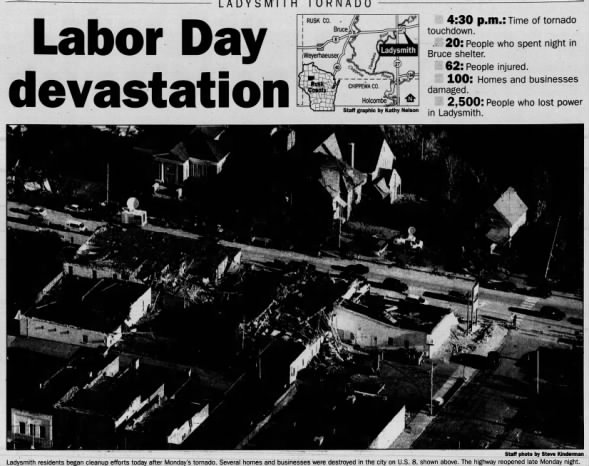 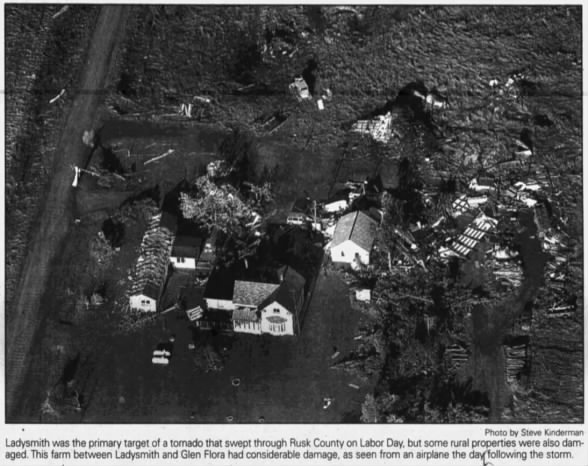 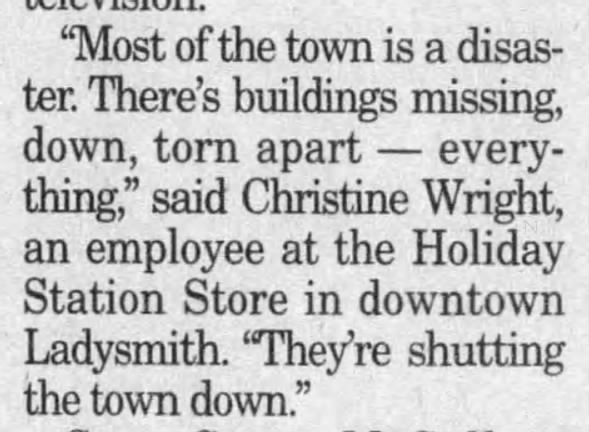 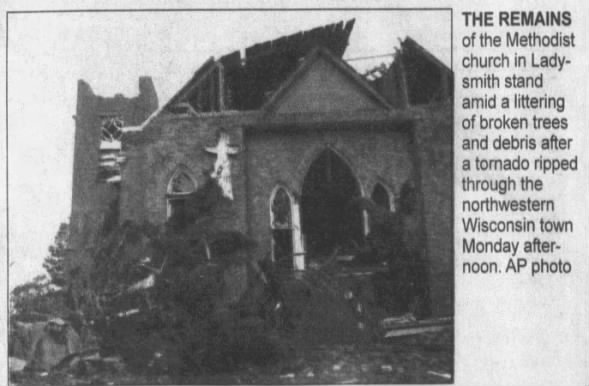 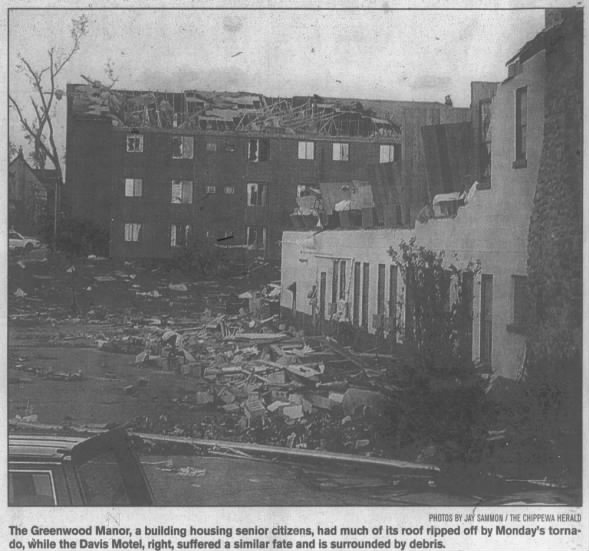 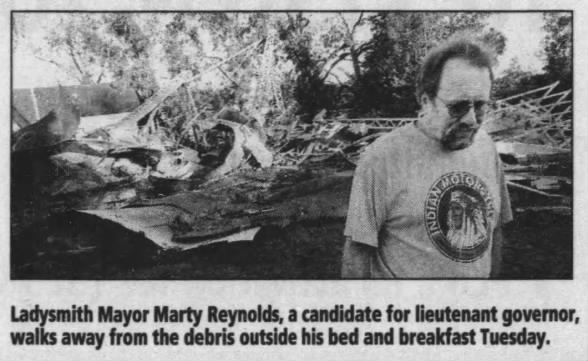 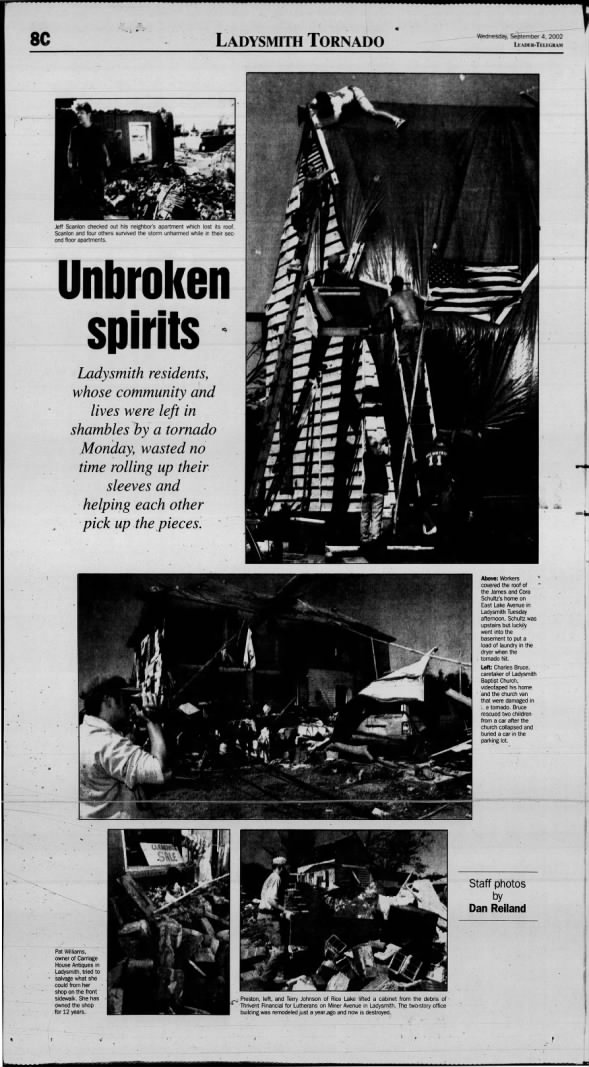 Top Weather Events of the Decade via NWS Milwaukee