July 13th, 1890 started out as a typical sweltering Minnesota summer day. The Weather Bureau predicted fair weather across the region.  This forecast would have been proven to be very wrong by the late afternoon.  By noon, a warm front had moved into the region, bringing unstable moist air with it.  At the same time a strong upper-level jet was moving into the region, providing enough shear for supercell thunderstorms and tornadoes.  In only a few hours one of the deadliest tornadoes ever recorded in Ramsey County would form.

At 4:45 pm central time, a cone-shaped tornado touched down near Snail Lake and moved southeastward gradually increasing in intensity.  Along the shore of Lake Vadnais, barns and lakeside cottages were demolished as the tornado continued to strengthen.  By this point the tornado was visible from up to ten miles away.  When the tornado entered the township of Little Canada it was up to 300 yards wide and extremely intense.  Numerous homes and barns were leveled.  One roof was carried a quarter mile before being dropped on a road.  At the same time, the core of the supercell was dropping large hail over White Bear Lake.

15 minutes after it first touched down, the tornado roared over Lake Gervais where it lifted water into its funnel and sent large waves crashing onto the shore.  The intense tornado moved over the eastern side of the lake. Cottages were completely swept away, debris was driven into the ground and trees were denuded, debarked or sheared off near ground level.  People were blown into the lake.  Some drowned and others were killed by the barrage of flying debris. The damage along Lake Gervais was either F2 or F3 in intensity according to Thomas Grazulis in Significant Tornadoes.  All six deaths occurred in the cottages along Lake Gervais.  The tornado continued moving southeastward before dissipating near Keller Lake. The thunderstorm that was associated with the tornado later went on to produce a deadly downburst over Lake Pepin which capsized the excursion vessel Sea Wing resulting in the drowning of 98 people.

Here are the stats from Thomas Grazulis in Significant Tornadoes on this tornado:  Rated F3, 10 mile path, Width of 300 yards, 6 were killed, 30 injured. 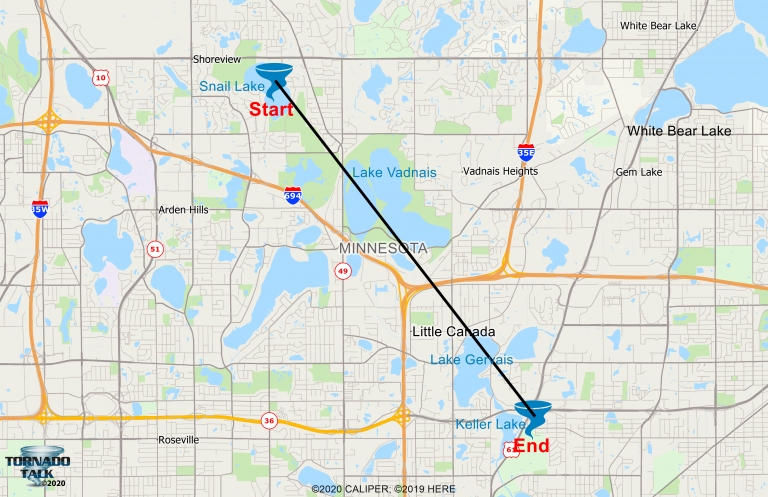 Photos from the Minnesota Historical Society

Photo via Library of Congress 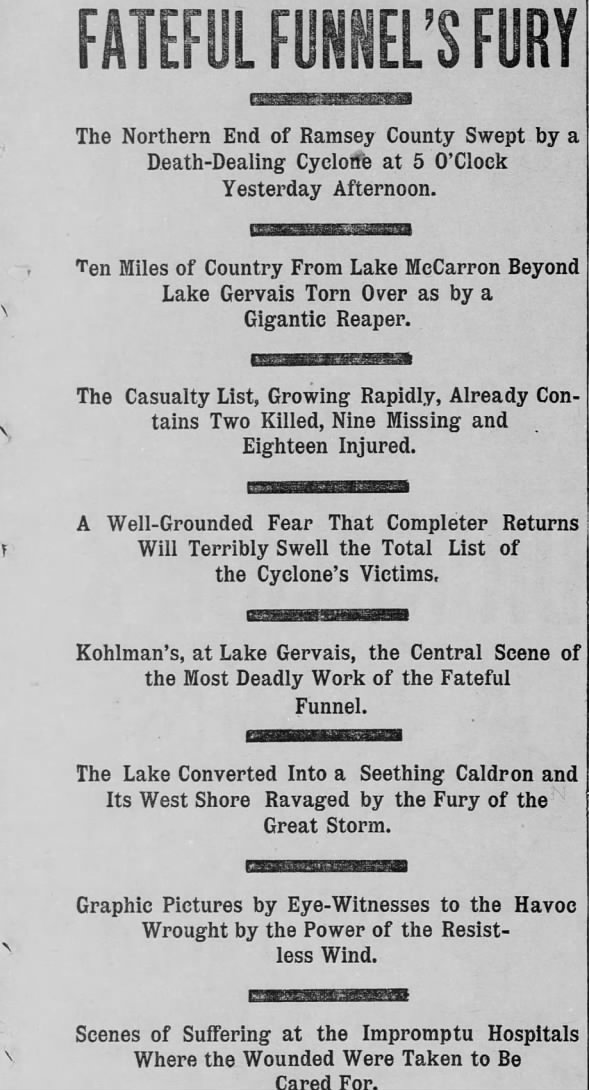 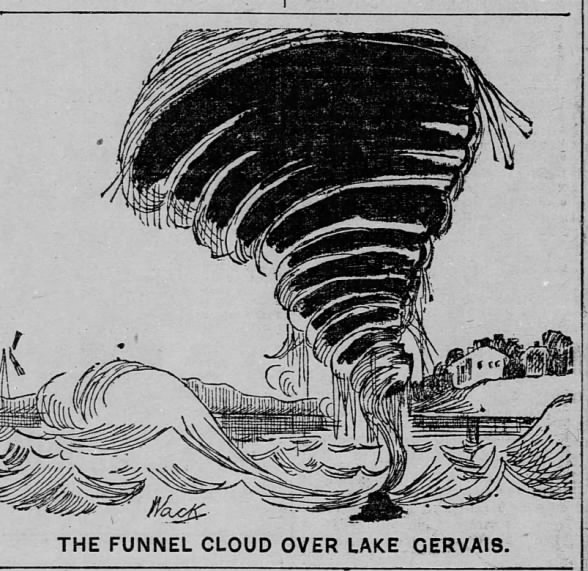 We gathered information for this event from the July 1890 Monthly Weather Review (MWR), Various Newspapers and Thomas Grazulis in Significant Tornadoes and found the following differences:

The Man Who Painted the Lake Gervais Tornado