Two tornadoes occurred on August 21, 1977.  There was an F2 in Carroll County, VA and a strong F3 that crossed through parts of Illinois.  That event is the topic of this summary.

At first glance, this seemed to be a rather straight forward event.  Storm Data states a distinct starting point about 2 miles west of Windsor in Shelby County, IL.  They state, it moved Southeast passing near Sexon and then crossing the SW part of Lake Mattoon.  They then document that the tornado moved just south of Toledo in Cumberland County and lifted WSW of Greenup.

It became a not so straight forward event when I started reading newspaper articles and Coles County was mentioned.  Storm Data also had Coles County in the locations area of their summary but when you read through the way they had the tornado move, it would appear Coles County should not be included.  Also, the official track coordinates keep the tornado path south of Coles County.

Storm Data mentions that the tornado struck the Erwin subdivision and the Prahl Trailer Court at Lake Mattoon.  All of the deaths and injuries occurred here.  I could not find on a map “Prahl Trailer Court”.  I did find Erwin Drive.  I am making an assumption that this is the Erwin subdivision.  This is on the NE side of the lake and is still in Cumberland County.  It is very close to Coles County.

As I started delving into the newspaper articles, there was a mention of damage in the Coles County area.

Lake Mattoon encompasses parts of Coles, Shelby and Cumberland Counties.  Storm Data states that damaging winds from the storm extended outward about 1/4 mile on each side of the track.  The Erwin Drive area is about 1/4 mile south of the Coles County line.  Camp New Hope is near Erwin Drive.

I am going to deduce that the tornado started in Shelby County, clipped the SW part of Coles County before heading into Cumberland.  Here is a VERY rough track map of what MAY have happened:

Coles County should be included in on the tornado path.  Of course, this entire theory is wrong if I have the wrong Erwin Subdivision in the NE part of the lake.  Or if I have the wrong Camp New Hope.  But there are numerous reports of damage in Coles County, it was included by the Governor as one of the counties to receive disaster assistance and it was mentioned in the Storm Data narrative in the location area.  The mention by Storm Data that it moved into the SW part of the lake seems wrong and the official path should be shifted north.

Why do I delve into this so much?  I just think it is important in history to explore what happened and try to correct the record if possible.  I also like putting on my sleuth hat

The tornado first touched down about 2 miles west of Windsor, in Shelby County, and moved towards the southeast, passing near Sexson, crossed the southwest portion of Lake Mattoon, then to just south of Toledo, Cumberland County and finally lifted off the ground about 2 miles west-southwest of Greenup in the vicinity of Interstate 70.

The path of the tornado was about 28 miles long and varied from 50 to 100 yards wide.  The damaging winds from he storm extended outward about 1/4 mile on each side of the track.  The tornado occurred in heavy rain and so was visible only from a short distance away.

Of the 6 personal killed, 3 were known to have been in mobile homes when the tornado struck.  The other 3 were found in ditches and fields and their initial whereabouts were unknown.  Nearly all of the injuries were to personal occupying mobile homes.  Damage outside of the Lake Mattoon area was relatively minor. 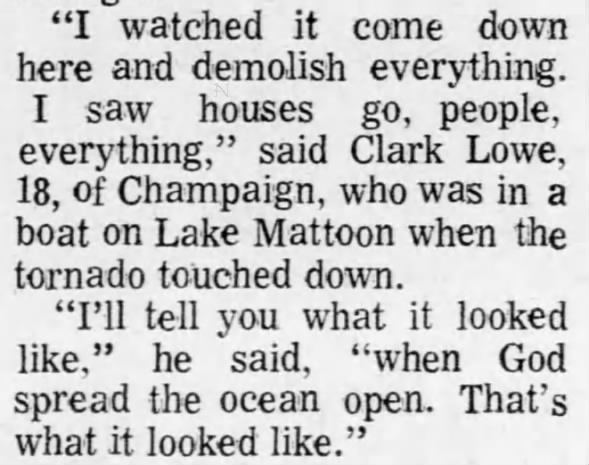 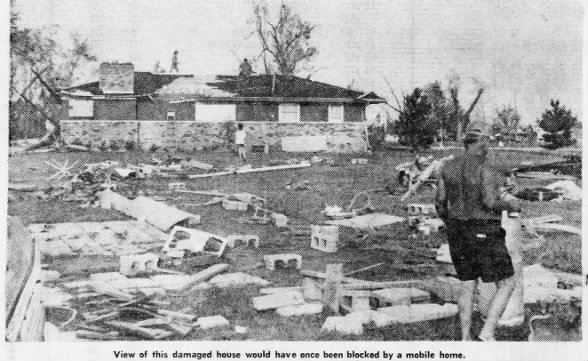 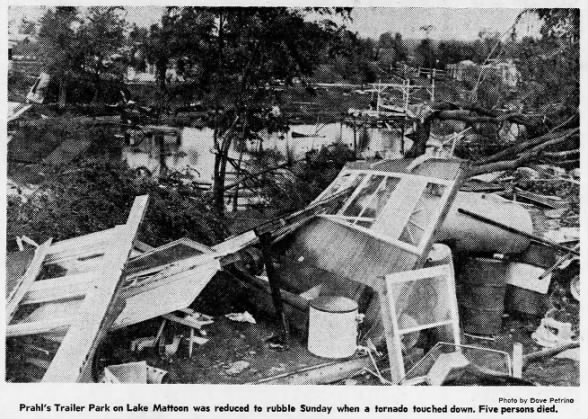 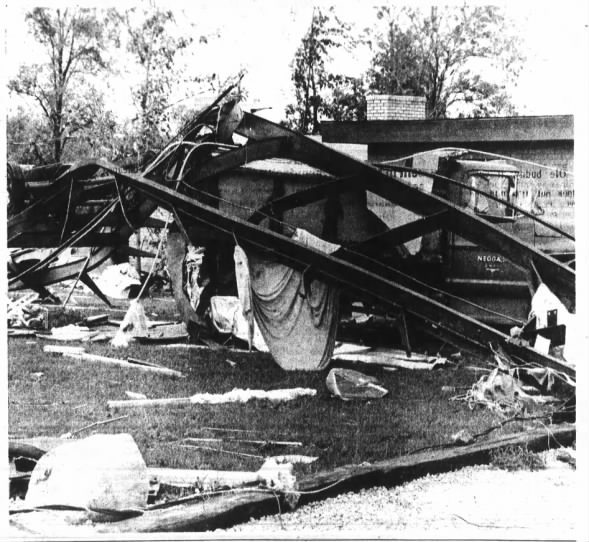 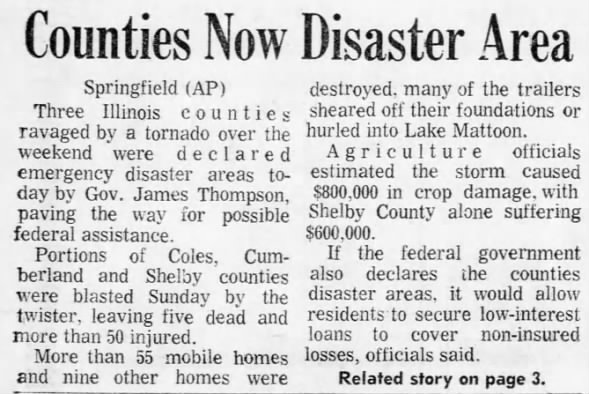 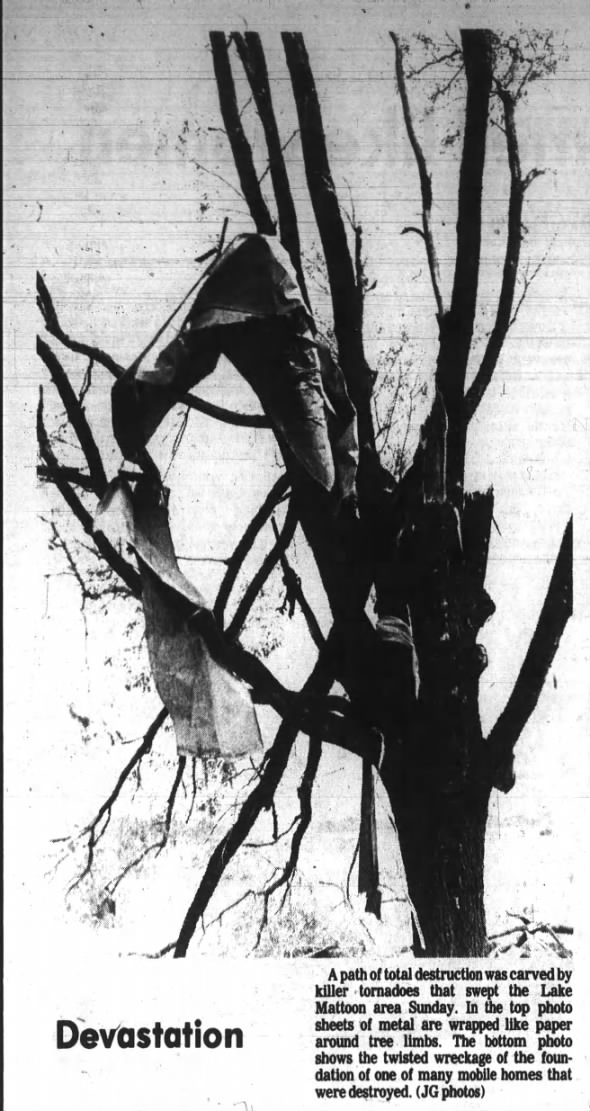 We gathered information for this event from the SPC & NCDC Databases, the August 1977 Storm Data Publication and Thomas Grazulis in Significant Tornadoes and found the following differences: