There were two tornadoes recorded on August 2, 1967:  An F0 in Chariton County, MO and the topic of this summary.

It was an F3 that developed quickly, tracked about 1 mile and hit portions of Dane County, WI.  It moved SE to the Northwest shore of Lake Mendota and lifted over the lake. Three cottages were destroyed and several other homes were damaged.  Per Thomas Grazulis, “the cottages had appearance of F4 damage but probably not well constructed.”

Miss Ann Worriner and Miss Edna Clough were killed.  Their bodies were found in the lake under the debris of their cottage.  The tornado narrowly missed a boys’ camp.  Per newspaper reports, it passed within 200 yards of Camp Indianola where 180 boys were staying.  There were reports of “shattered tree limbs” but no-one at the camp was injured. 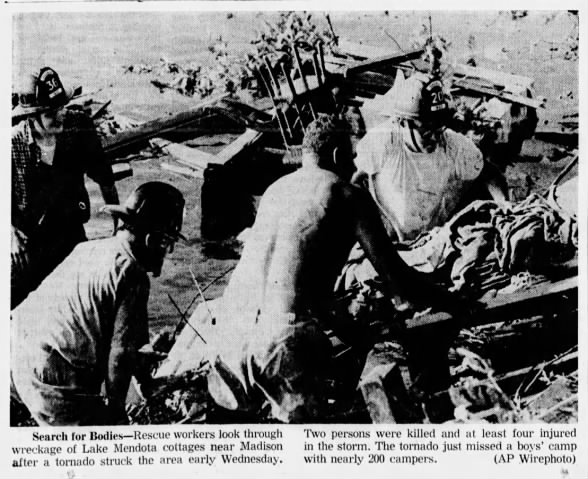 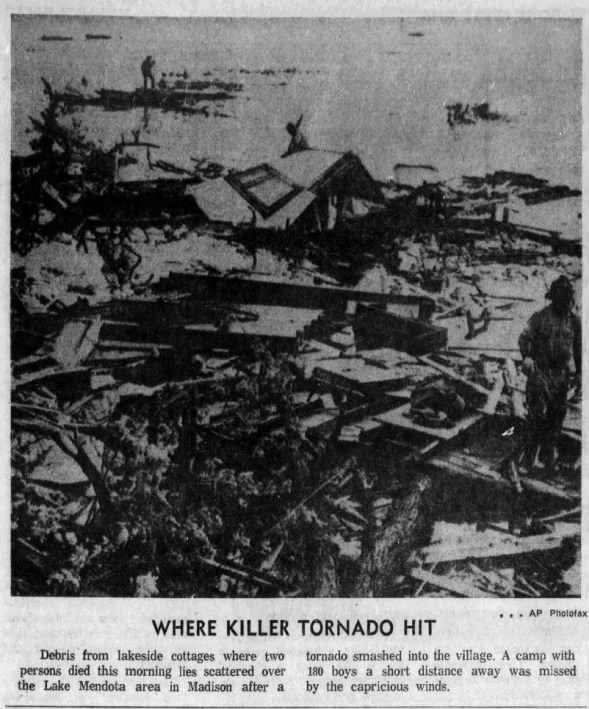 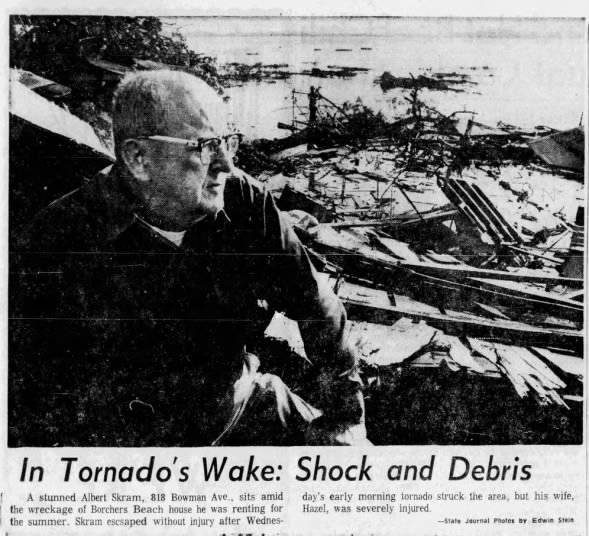 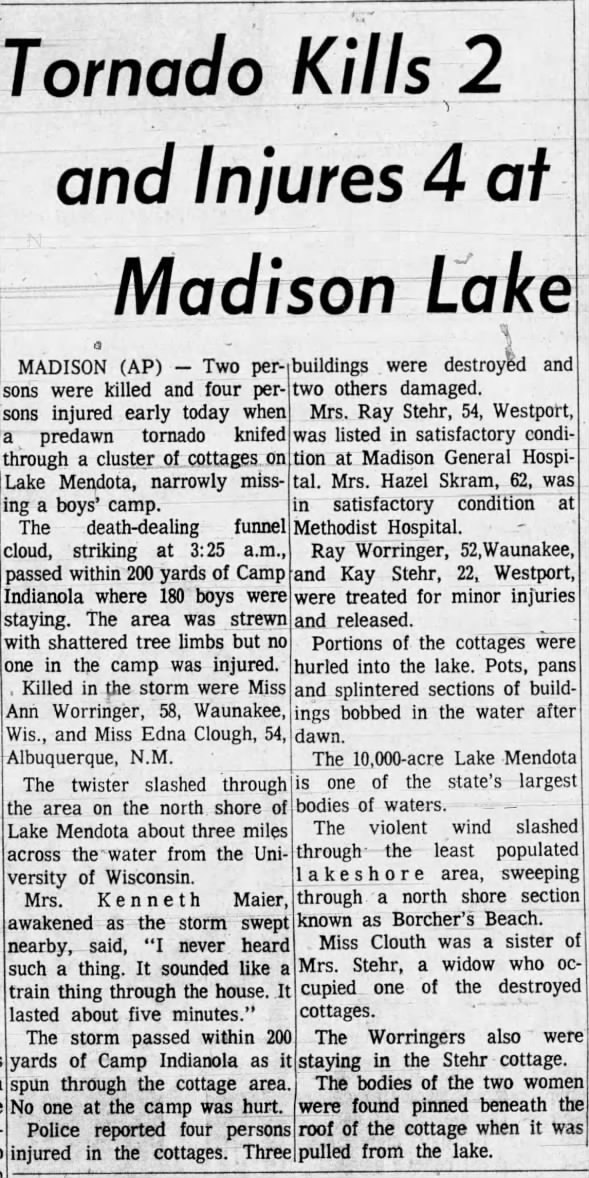 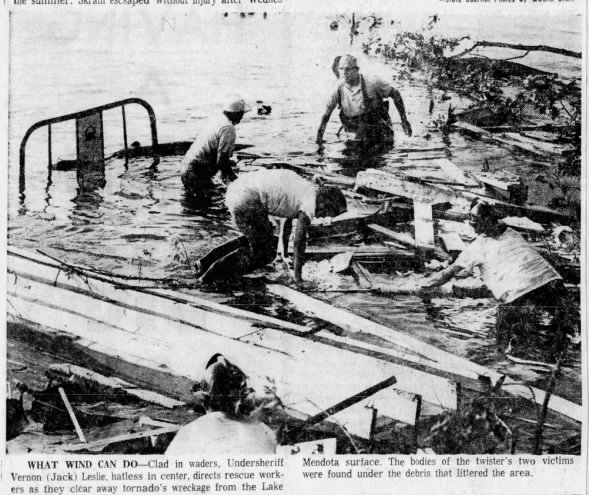 We gathered information for this event from the SPC & NCDC Databases, the August 1967 Storm Data Publication and Thomas Grazulis in Significant Tornadoes and found the following differences: